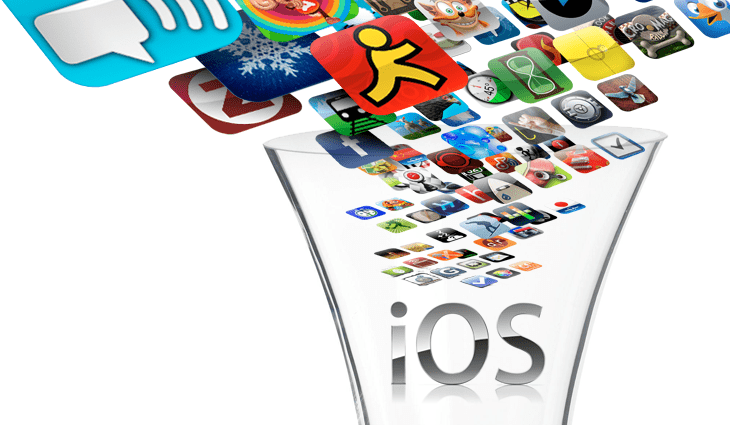 It struck me yesterday while playing with my iPhone that hardware is no longer what defines an object in much the same way that a person’s body is not what makes us who we are (even if it is a contributing factor). The technology of the past was defined by physical switches and buttons which each served a single function but today’s devices are mere windows into the software which ties all their components together. The whole is far greater than the sum of its parts.

When I interact with my iPad I am focused on a single flat surface which is made up of a large touch screen with a discrete black border. The interface dynamically adjusts around the tasks which I wish to perform; nothing is static except the window itself. While something like a radio was a single-function device what the iPad and similar devices can do is only limited by the imaginations of the developers writing applications for them. One moment you could be writing an email, the next remotely piloting a flying quadrocopter.

While Apple should be praised for its incredible industrial design it’s the operating system which is the real star of the show. It provides support for these rich interactions and transparently manages everything under the hood without requiring the user to get involved. Google’s Android OS takes this metaphor one step further as it’s totally divorced from the hardware and can be poured into any compatible container by anyone with the right skills. Not only has function been separated from form but continuous software updates allow the functionality to evolve and improve over time.

Hardware has become a vessel that is brought to life by the OS and applications which give life and personality. The internet provides an omnipresent and omniscient brain which is as ubiquitous and light as the air we breathe yet as powerful as a raging storm. That which was expensive and exclusive ten years ago is now cheap and available to virtually everyone. The fact that what we can hold in the palm of our hands today is many times more powerful than what originally took man to the moon is mind-blowing.

In the world of smartphones we can already stereotype the personalities of the main vendors; Apple is the beautiful perfectionist, Android is the tech-savvy geek, Blackberry is the boring businessman, and Nokia is the ugly but reliable European. These devices have become extensions of our own personalities which mirror our desires and aspirations. It seems that as with art mirroring life and visa versa, technology is also evolving in a similar vein (I’ll leave philosophical discussions about the mind-body distinction to someone else).

So where does this leave us? Today you can no longer tell exactly what something is capable of just by looking at it but you know how to use it instinctively. Touch screens combined with a multitude of other sensors have given rise to almost Harry Potter-esq magical experiences which are as easy to use as they are powerful. It’s an exciting time to be living in!