Having predicted only 5 days ago that the film ‘Ghost in the Shell 2: Innocence’ would shortly emerge I was proved right today and now have my hands on a shiny new copy of it. The picture quality is excellent although its only shortcoming is that the subtitles were done by fans in rather a hurry by the looks of it. This somewhat dilutes its meaning and significance but doesn’t take away from its status as a magnificent masterpiece, seamlessly combining philosophical wisdom with beautiful visuals of a caliber never seen before. Having only watched it once so far my brain is still struggling to catch up with what’s just been thrown at it. 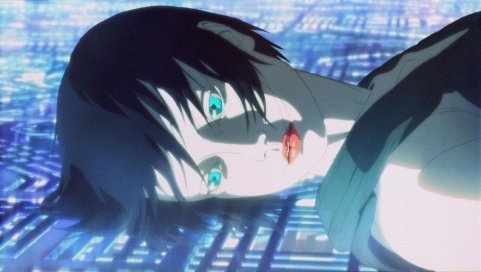 Making sense of any of it will take a fair while I imagine. Perhaps once I’ve have a chance to do this I’ll write a proper review, but I’m not sure I could really do it justice. Here’s a little quote to wet your appetite:

“There is something evil about several people holding mirrors. It is not that it exposes evil; rather, it helps create evil. In other words, mirrors are to be glimpsed at, not to be stared at.”