Since it’s release in Japan earlier in the year I’ve been trying to get hold of a decent copy of ‘Ghost in the Shell 2: Innocence‘, the follow up to Mamoru Oshii’s highly influential animated thriller ‘Ghost in the Shell‘. So far I’ve had no luck, all I can find is a bad cam copy which doesn’t do the piece justice so I’ve avoided watching it. I thought I’d comment on it now as it’s just started its US release and I’m pretty mad that I haven’t seen it yet! I’m pretty sure a good copy will come along soon but in the meantime here’s a few stills and some detail to tide fans over till then: 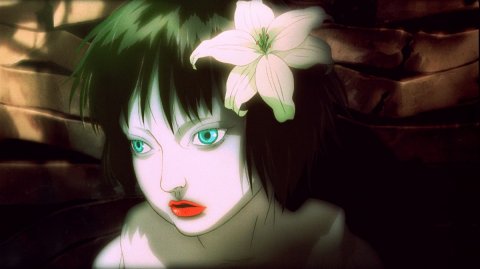 In the year 2032, technology runs amuck, and the line between humans and machines has been blurred beyond distinction, resulting in the proliferation of murderous dolls. Humans have forgotten that they are human and those that are left coexist with cyborgs (human spirits inhabiting entirely mechanized bodies) and dolls (robots with no human elements at all). 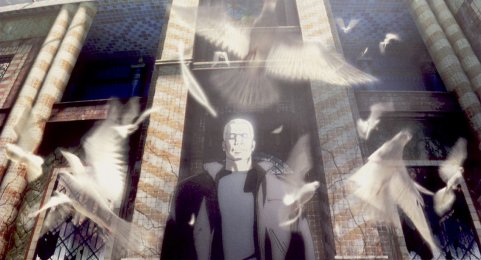 Batou, a detective for the government’s covert anti-terrorist unit, Public Security Section 9, is investigating the case of a murderous gynoid (a hyper-realistic robot). 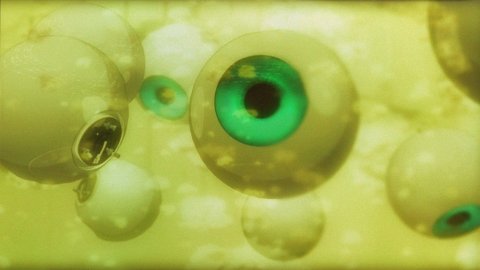 Writer/director Mamoru Oshii creates a future where technology and nature collide. The picture above shows part of the robot assembly process, including the mass production of eyeballs (yum). 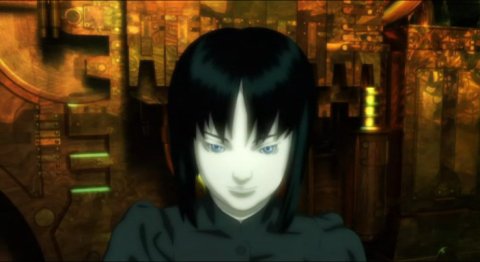 As Batou delves deeper into the investigation, questions arise about humanity’s need to immortalize its image in dolls. The answers to those questions lead to the shocking truth behind the crime… and quite possibly the very meaning of life. 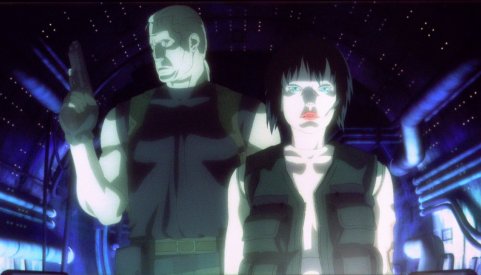 I seriously cannot wait to see this film as it looks set to be excellent. Considering that it’s been 10 years in the making it had better be! The first installment is pure philosophical gold which has caused much head-scratching (putting a lot of people off in the process). It is this which holds its main appeal for me aside from the beautiful animation. Here’s what the director had to say about the story:

“With cell phones and the Internet, people’s perceptions have expanded, but they’re unaware of how this has made their bodies obsolete… Humanity has reached its limits. I believe that we must broaden our horizons and philosophize about life from a larger perspective.”