Thought I might share with you one of the coolest pieces of software I recently discovered called Skype which makes VoIP (Voice over IP) easy (i.e. allowing you to voice chat with friends over the Internet). Best of all it’s totally free, works through most firewalls and the audio quality is comparable to what you’d expect from a good mobile. Although this technology isn’t really new with the advent of domestic high-speed Internet access it’s only now really become feasible for the average user. 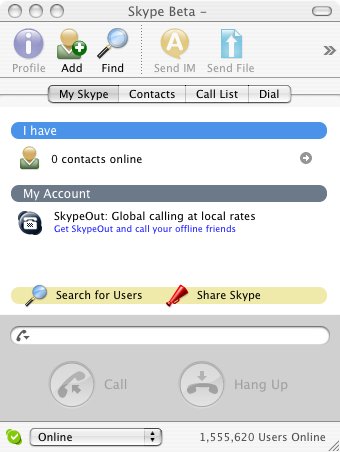 All you have to do is download a client for your computer which amazingly are available for Windows, Mac OS X, Linux & Pocket PC (if only all software was like this!) and then create yourself a user account. I’ve been using it since Christmas on my wireless PowerBook and have so far been pretty pleased with it. The only slight downside is the occasional time lag between each end which can be very frustrating but most the time this isn’t an issue. Try it now!

10 Second Film Reviews: (because that’s all I’ve got time for!) 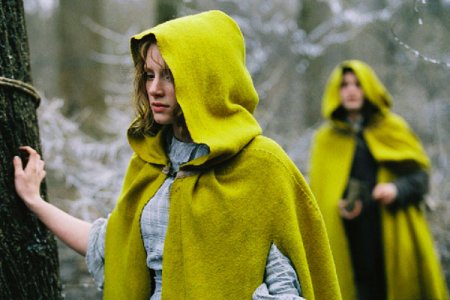 The Village is over-hyped and over-rated with a plot twist which, although fairly original, is pretty pathetic. 5/10 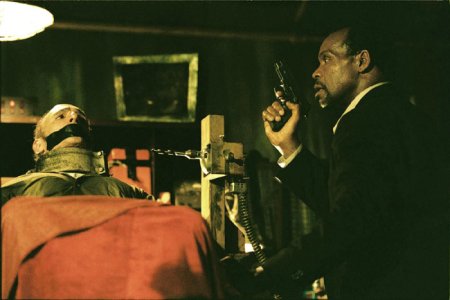 Saw is terrifyingly excellent considering its low budget. Brilliant ending which begs many questions – a cult classic in the making. 8/10

â€¦I still haven’t got round to watching Ring 0 but will soon I hope! The US remake of The Ring Two is on the way but looks pretty poor.