Spent a very busy day in London yesterday with a few friends from Durham which was good. Luckily after a pretty horrible storm the night before the weather held up although it was a bit windy.

Met up at Nelsons Column and had a short wander around there, briefly taking a look in the famous church of St. Martin-in-the-fields which is right next to it. 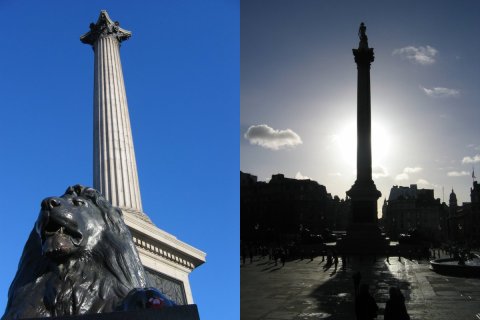 We then tubed up to the swish new Regent Street Apple Store which I just had to take a look in and which is indeed pretty special. I wasn’t actually buying anything, just looking at all the cool expensive gear I can’t afford!

After this, we headed up Oxford Street and dropped into a couple of shops on the way to the British Museum to see an exhibition of historic Japanese Swords. It’s amazing to see the beautiful but deadly blades up close and even more incredible to think that they were made long before modern manufacturing methods. 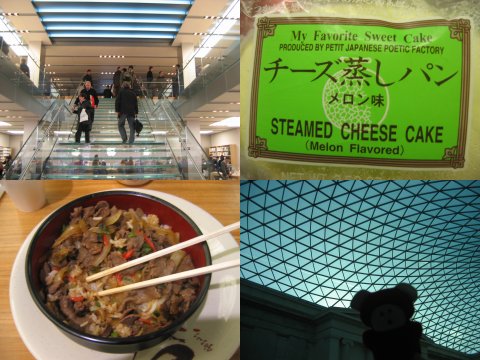 For lunch we went up to Oriental City which is on Edgeware Road and had a very tasty Japanese meal – I choose something called ‘Gyo-Don’ is basically beef & vegetables fried together on a base of rice. There were also a lot of interesting little shops and a huge supermarket to have a look around. I found the prospect of melon flavoured ‘Steamed Cheese Cake’ which you could buy there particularly funny for some reason! We also went to a particularly quaint second-hand Japanese book shop nearby which was very interesting from the viewpoint of someone who couldn’t understand a word of what they were selling – I think our presence amused the owners! 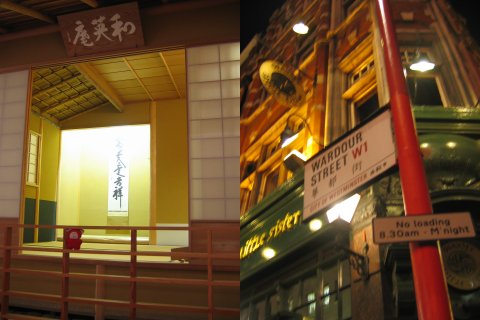 It was then time to head back to the centre of the city and there was just enough time to have a wander around Leicester Square and China Town which was teeming with people before heading home. All-in-all a good (and strangely orientally themed) day.