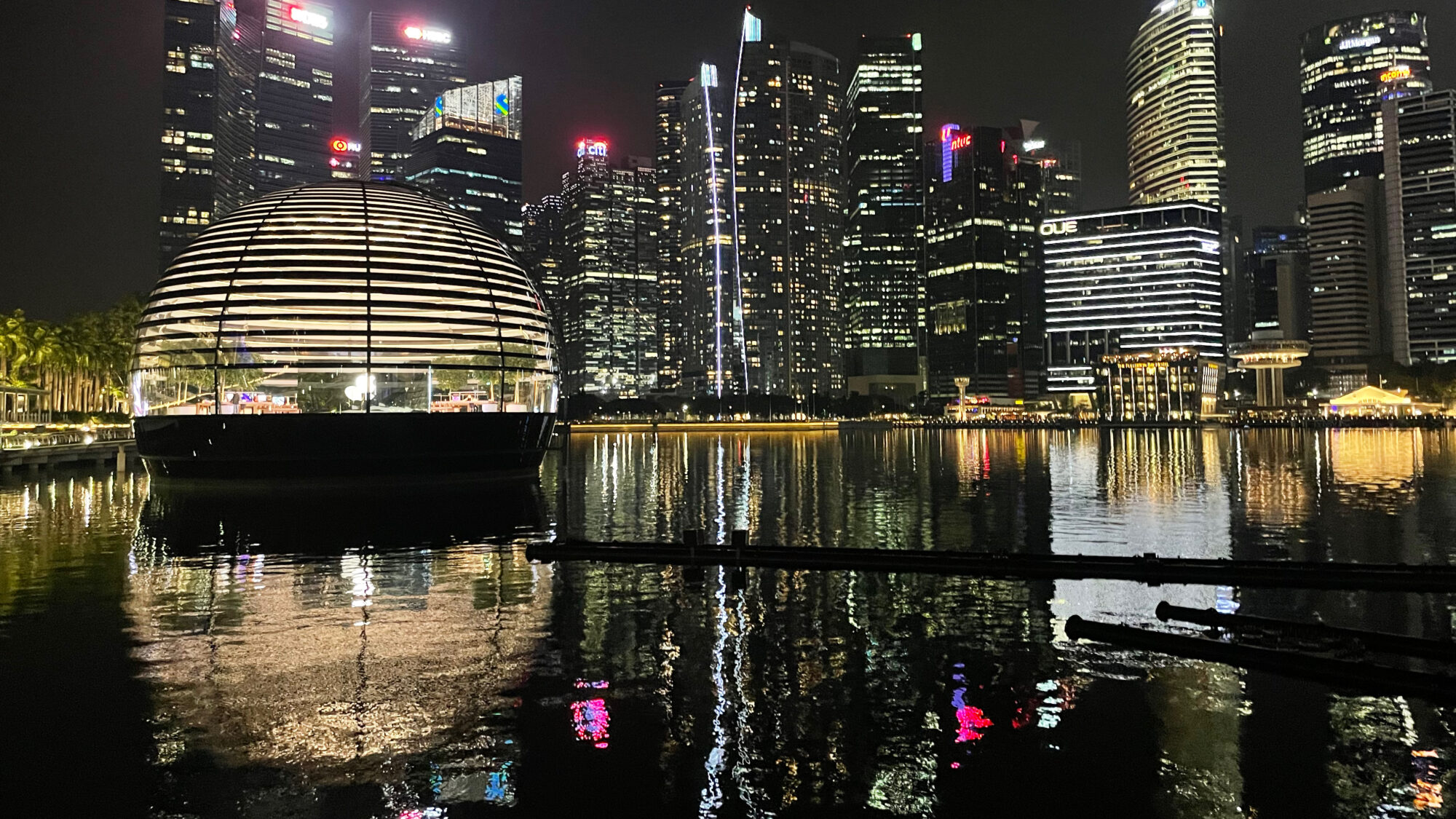 I really enjoyed my week in Singapore in 2019 though it wasn’t much fun for my wife who was in a wheelchair at the time (after a climbing accident). One pandemic later, it was the destination of our first international trip in May 2022.

It was a surreal experience riding to the airport on a nearly empty Narita Express train and then entering the terminal which used to be a bustling city unto itself but was now eerily quiet with nearly all the shops and restaurants shuttered.

Luckily all our paperwork was in order and we were soon hurtling through the sky on our way to the garden city. Singapore only requires proof of vaccination for visitors and, with everything being submitted digitally in advance, entry was very smooth.

While this was primarily a work trip, I managed to squeeze in a couple of days to explore.

Singapore’s interminably hot and humid climate isn’t very conducive to hiking but the canopy of large mature trees provides some much-needed shade that makes it bearable.

Its distinctive undulating curved steel “ribs” rise up and over its deck, providing shaded alcoves for people to sit. Slats of Balau wood, a dense hardwood which is found only in Southeast Asia, wrap around the walkway and seating areas. It reminded me of Yokohama Ōsanbashi Pier.

Instead of continuing all the way to Kent Ridge Park, we turned south after crossing the Alexandra Arch bridge and walked down to Labrador Nature Reserve.

Built in 1878, Labrador Park, then known as Fort Pasir Panjang, was equipped with several guns to defend the southern coast of Singapore from the threat of invasion by the Japanese during WWII. However, there was not much combat in the area as Japanese military forces invaded from the northern coast instead.

I was keen to visit Apple’s new store which sits like a floating snow globe on the waters of Marina Bay. While I arrived too late to go inside it was still amazing to see the glass dome illuminated against the backdrop of the skyscrapers of the Downtown Core.

My colleagues took me up to the CÉ LA VI bar and restaurant on top of Marina Bay Sands where we enjoyed spectacular views of the city below (and where I suspect a bunch of them caught COVID).

While not technically in Marina Bay, this supercar vending machine fit the same futuristic vibe so I thought it was worth including. You wouldn’t want to live opposite this thing with its massive windows and LED display lit up all night.

Our hotel was near the Botanic Gardens so of course, we had to pay another visit. As before, it was an absolute feast for the senses and much easier to navigate without a wheelchair.

The gardens are open till midnight and are a great place for an evening stroll when it’s cooler. If you’re peckish afterwards Lad & Co serve some fantastic fish and chips near the Tanglin gate!

Pulau Ubin is an island situated just off the northeastern corner of Singapore. In the 1960s, granite mining supported a few thousand settlers. Much of the original vegetation was cleared for the cultivation of rubber and crops like coffee, pineapple, coconut and jasmine. Today forests and grasslands have regenerated to cover up the ravages of the past and just a handful of villagers live on the island.

We took a 15-minute bumboat ride from Changi Point Ferry Terminal and hired bicycles for a leisurely ride around the island. As well as planes swooping out of the sky to land at nearby Changi Airport, we were lucky enough to spot an oriental pied hornbill resting in the trees of the wetlands.

On the way back we stopped at Changi Village Hawker Centre for some delicious eats at very reasonable prices. Freshly squeezed sugarcane juice is such a thirst quencher in this climate.

When visiting somewhere I often ask myself whether I would want to live there. To my mind Singapore feels like a cleaner version of Hong Kong and to that end it sparks a lot of good memories from my 20’s. If I were 10 years younger I would love to live here but the lack of space and inability to fully escape the city make it less attractive to me these days. That said, it’s still a fantastic place to visit!