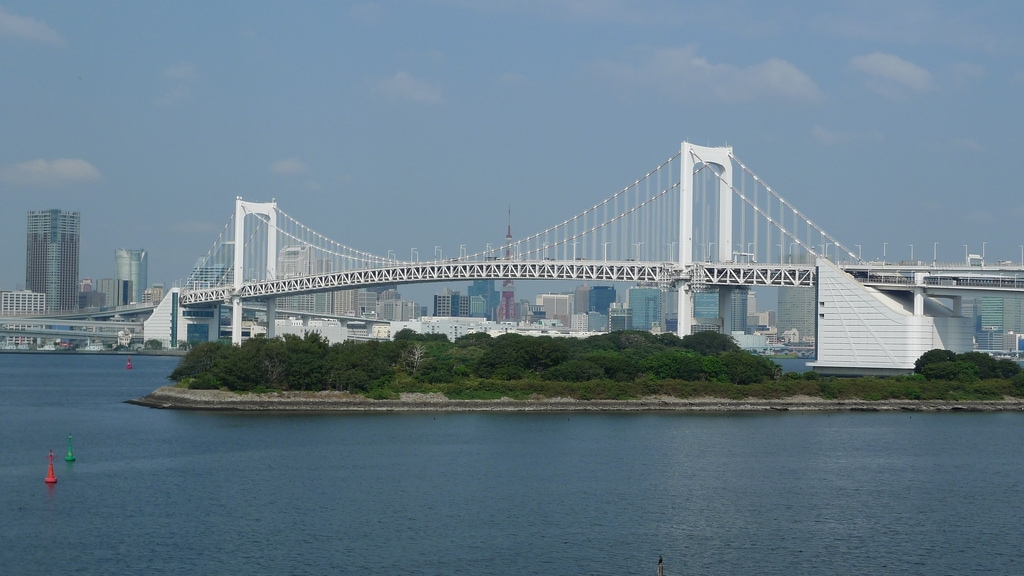 On my final day in Japan I visited the artificial island of Odaiba (お台場) in Tokyo Bay. The island was originally part of a number of coastal fortresses but was redeveloped in the early 1990s as Tokyo Teleport Town, a showcase for futuristic living. It suffered when the “bubble economy” burst but has since rebounded as a commercial and entertainment zone. The most scenic route to Odaiba is via the Rainbow Bridge on the automated Yurikamome transit system from Shimbash. Ironically its very similar to the DLR in London which connects the city center to Canary Wharf that was equally beleaguered when it first opened. 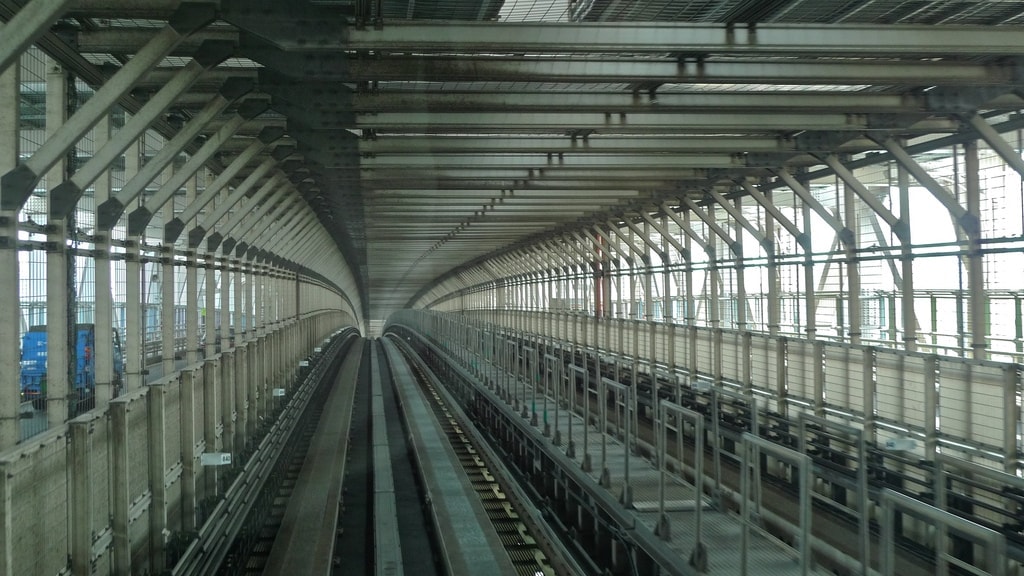 To raise itself from ground level to the bridge the train makes a dramatic 270-degree loop, providing panoramic views of both mainland Tokyo and Odaiba. Since there is no driver you can stand at the front of the train and get a pretty good view the whole way. One of the crazy looking buildings you’ll first encounter is the Fuji Television studios which looks like it might have just landed from another planet. The colossal ball on top of the building is made from titanium and apparently weighs over one thousand tons! 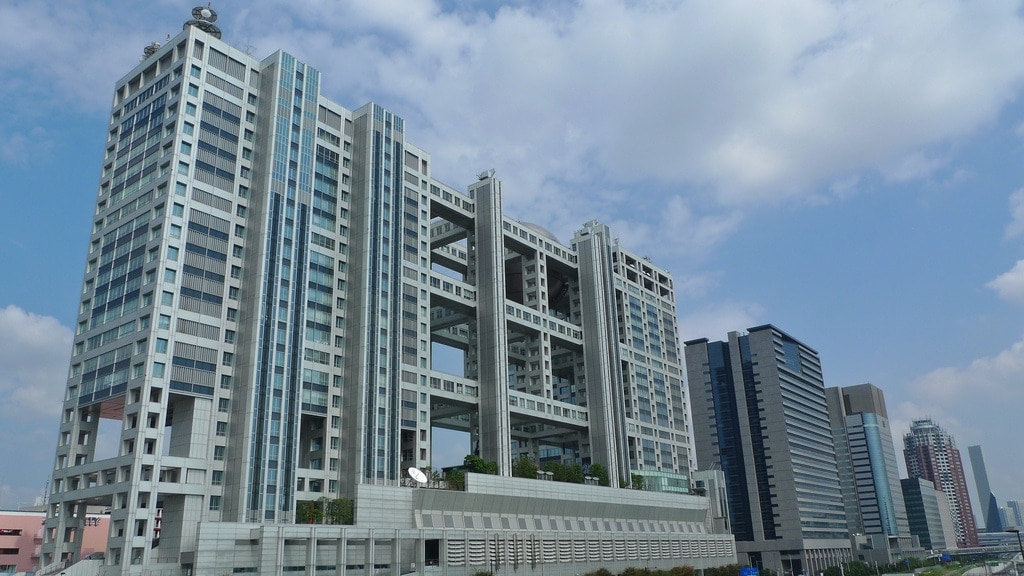 It’s hard to imagine exactly what the architect, Kenzo Tange, was thinking when he designed it but bear in mind he was also responsible for the Tokyo Metropolitan Government building and a pioneer of brutalist architecture I guess it isn’t surprising. From afar it resembles a giant mechano to me. 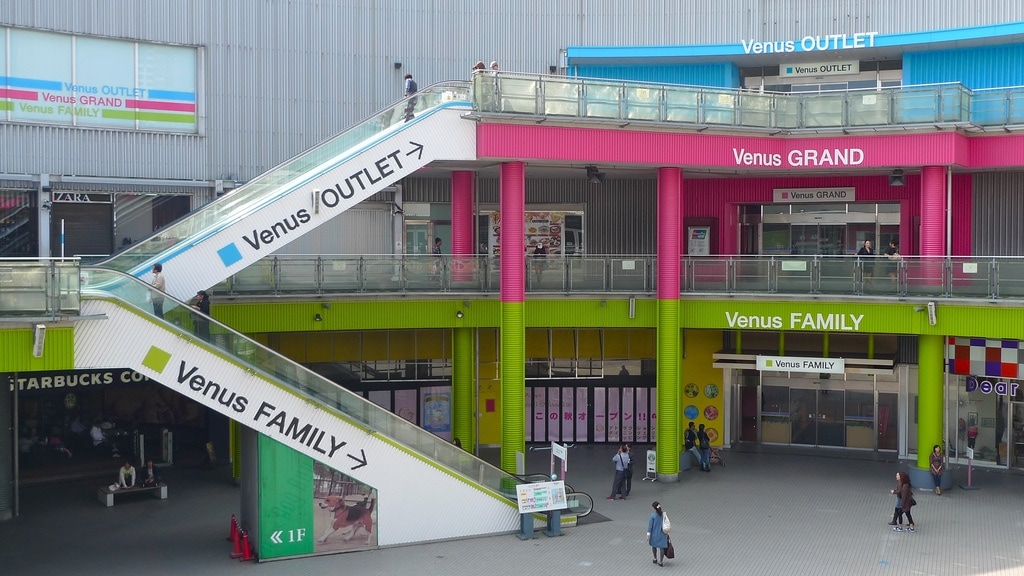 As well as replica of the Statue of Liberty and a number of science orientated museums you’ll also find more shopping malls than you can shake a stick at. One of the largest is Venus Fort which is an elaborately Venice-themed complex, complete with marble fountains and artificial sunsets every 30 min. It’s enough to make any man run a mile. 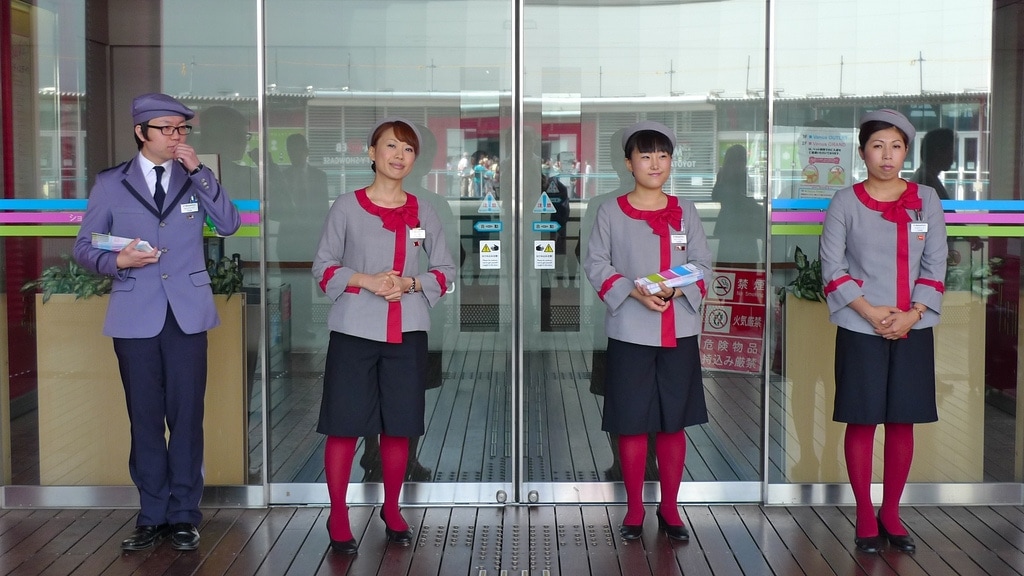 I was forced inside by a shopping list given to me by a Chinese friend who insisted that Japanese cosmetics were cheaper and better quality so I was dispatched to buy a years supply of goodness knows what – I just handed the list to a shop assistant who found it all for me! As with everywhere in Japan the staff were in a terminally cheery mood. 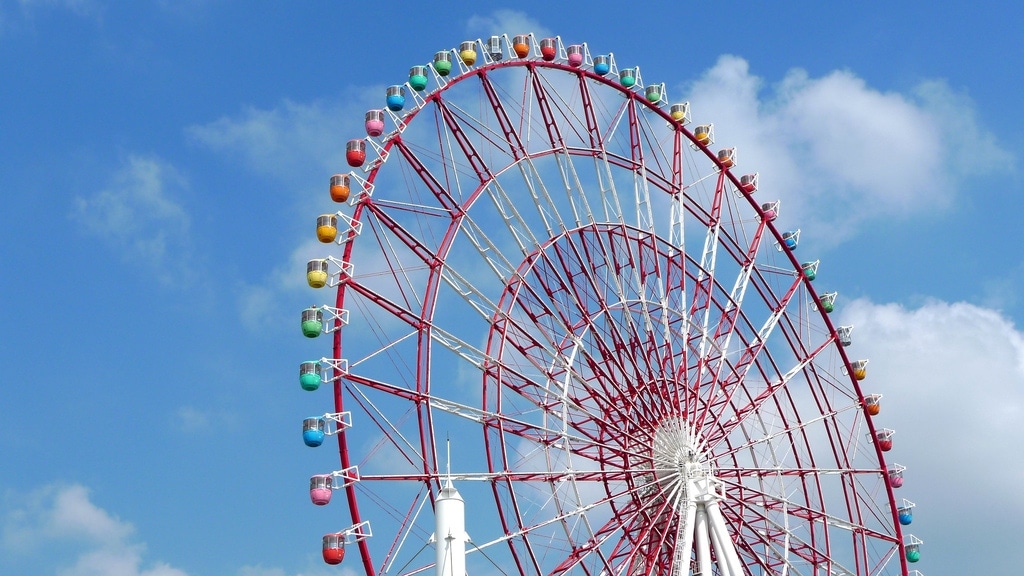 From anywhere on the island you can’t help but notice the enormous 115-metre tall Daikanransha (大観覧車) ferris wheel which was once the worlds tallest. The view is supposed to be especially good at night but I didn’t have time to ride that day. 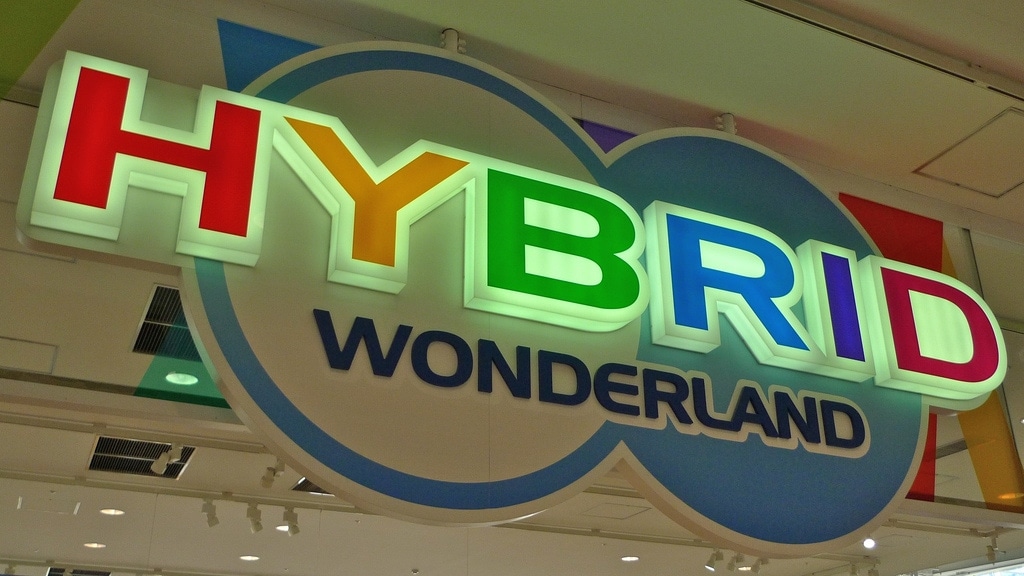 Between Venus Fort and the ferris wheel is Toyota’s MEGA WEB car technology showcase within which you can learn about what Toyota is up to (past, present, and future) and even test drive various cars if you have a suitable driving license. They also have a number of concept robots which I’ll be writing about in my next post. 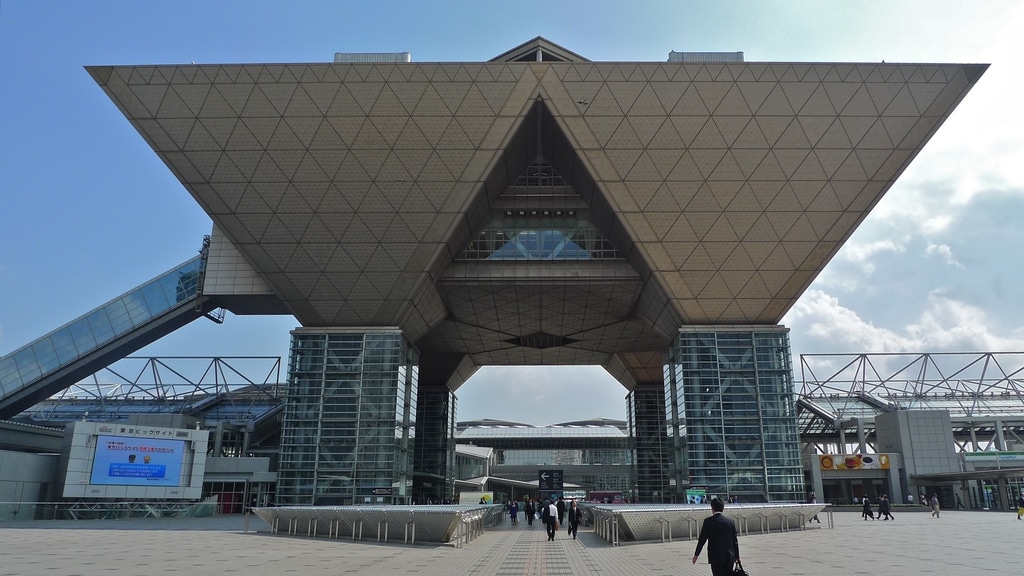 Probably the most outlandish and visually distinct building on Odaiba island is the Tokyo Big Sight (東京ビッグサイト) International Exhibition Center. Shaped like an upturned piece of Toblerone the conference tower appears as a set of four inverted pyramids mounted upon large supports. 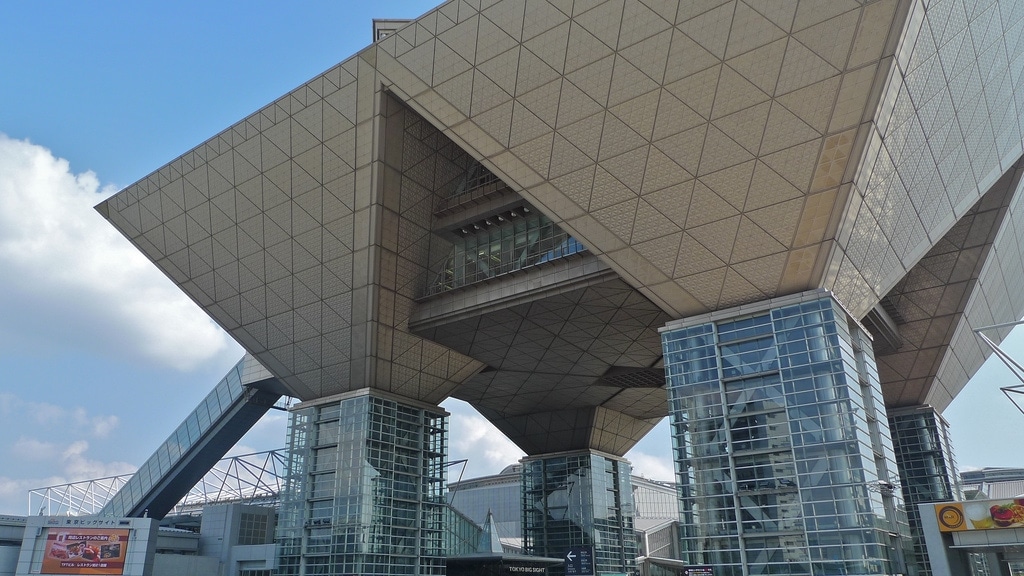 Odaiba isn’t necessarily a must-see but for anyone interested in futuristic technology or architecture its an interesting area to wander around. I only had a morning to explore but you could easily spend the whole day there.