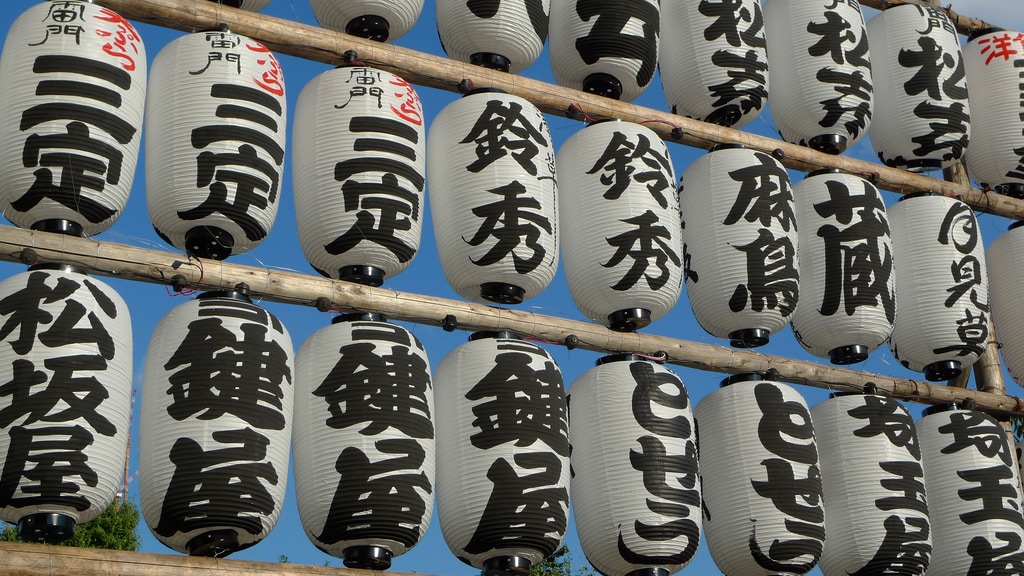 At the end of my week in Tokyo I had the great pleasure to meet up with my friend and former Japanese teacher at Sensō-ji Temple in Asakusa who had moved back to Japan since I graduated over five years ago. It’s hard to believe that it had been so long and we had a lot of catching up to do… 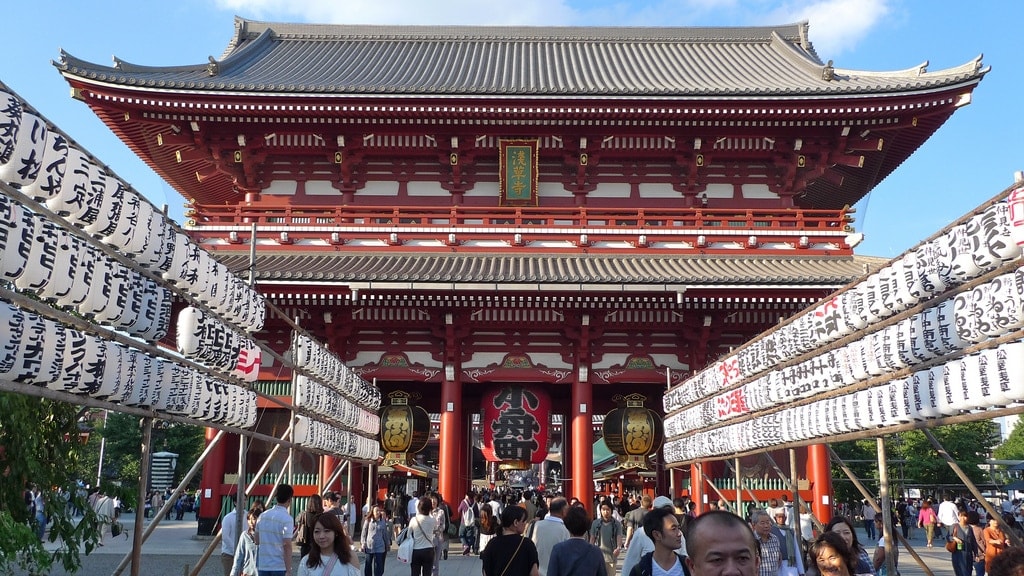 Sensō-ji (浅草寺) is Tokyo’s oldest Buddhist temple, and one of its most significant. It’s located in one of the few remaining districts which have preserved the atmosphere of “old Tokyo” and is situated at the end of Nakamise-dōri (仲見世通り), a pedestrian street lined with small shops selling traditional crafts and food. 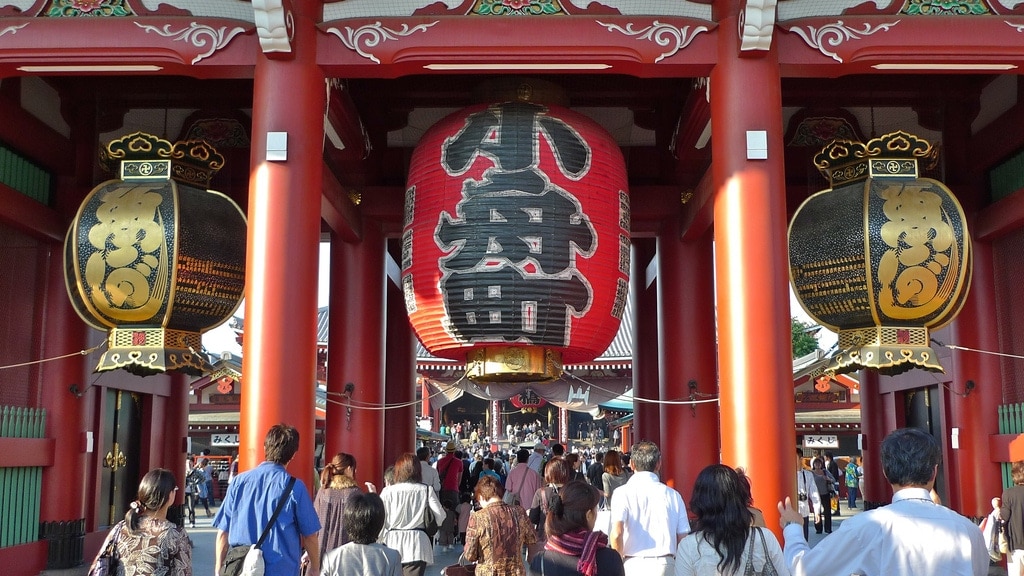 At the end of the shopping arcade is the main gate Hōzōmon (宝蔵門), notable for a giant  paper lantern hung up under the arch entrance. This leads into a bustling square which was surprisingly busy compared with other places I had visited in Japan. 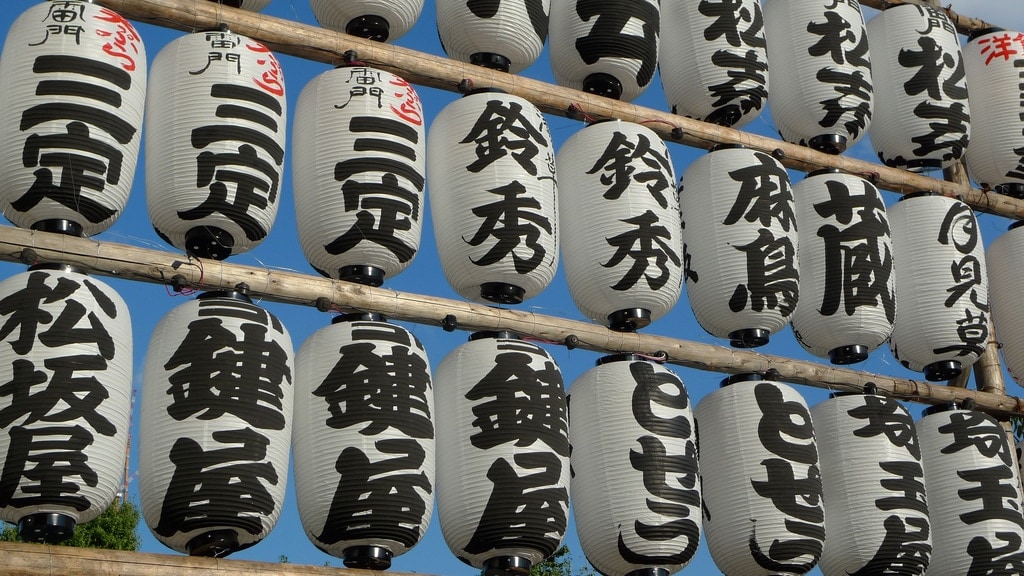 As I understand it the names painted on the sides of these lanterns are of local companies and wealthy individuals who have given donations to the temple in return for good fortune / luck supposedly. 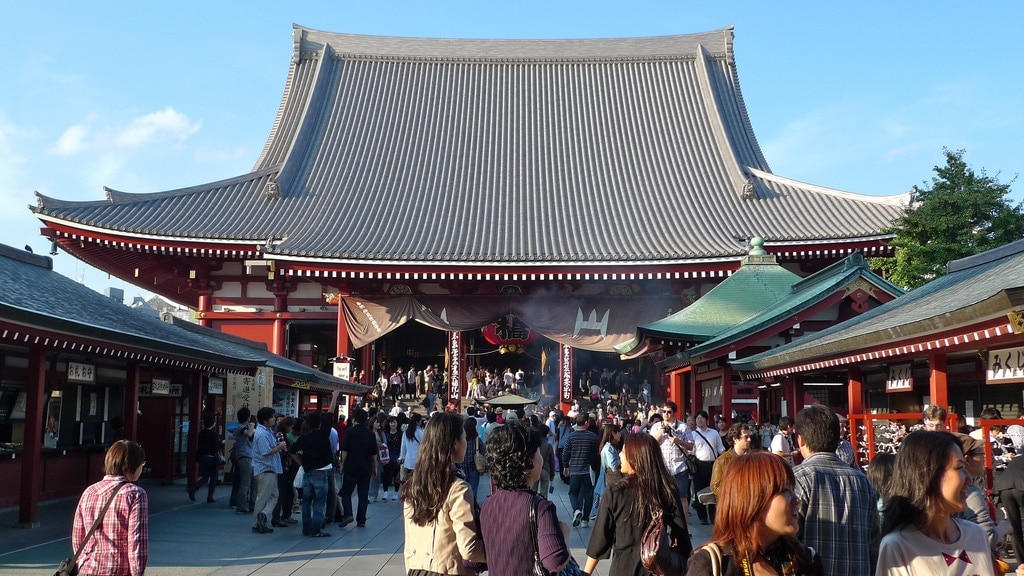 The final hall named Kannondō (観音堂) has a striking and extremely steep roof which was built to house the Goddess of Mercy. There was a constant stream of people queuing to go inside. 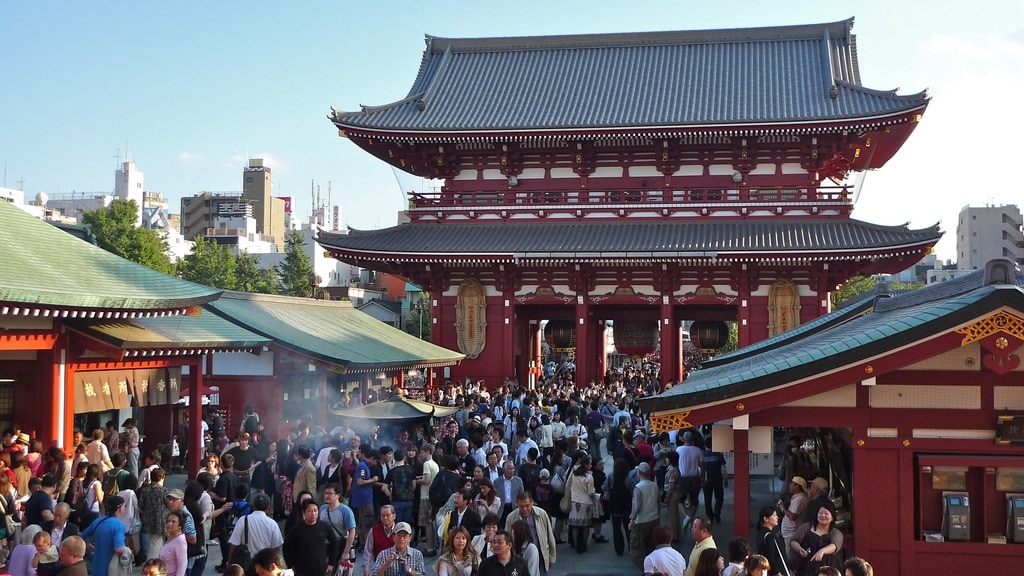 Even though my friend was a Tokyoite she had never visited Asakusa before so it was nice to explore it fresh together. Here in the background you can see the new Tokyo Sky Tree (東京スカイツリ) under construction which will be the tallest structure in Japan when completed. With a height of 634.0 m its main purpose will be as a television and radio broadcasting tower with an observation deck also. 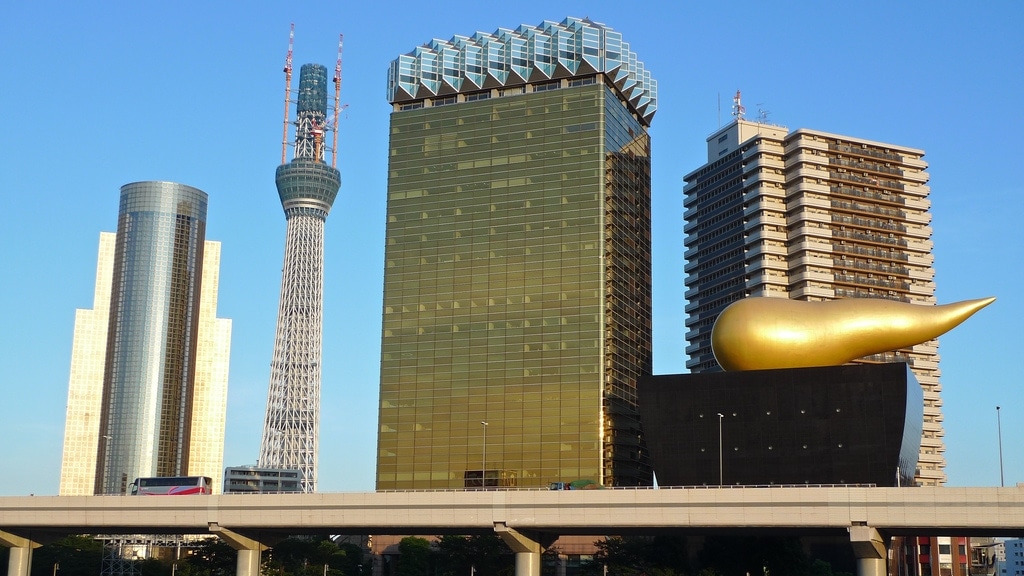 Sat next to the Sky Tree across the Sumida River from the temple is a very different building which houses the Asahi Breweries headquarters. The golden Flamme d’Or is locally known as the kin no unchi which I’m sure needs no translation!