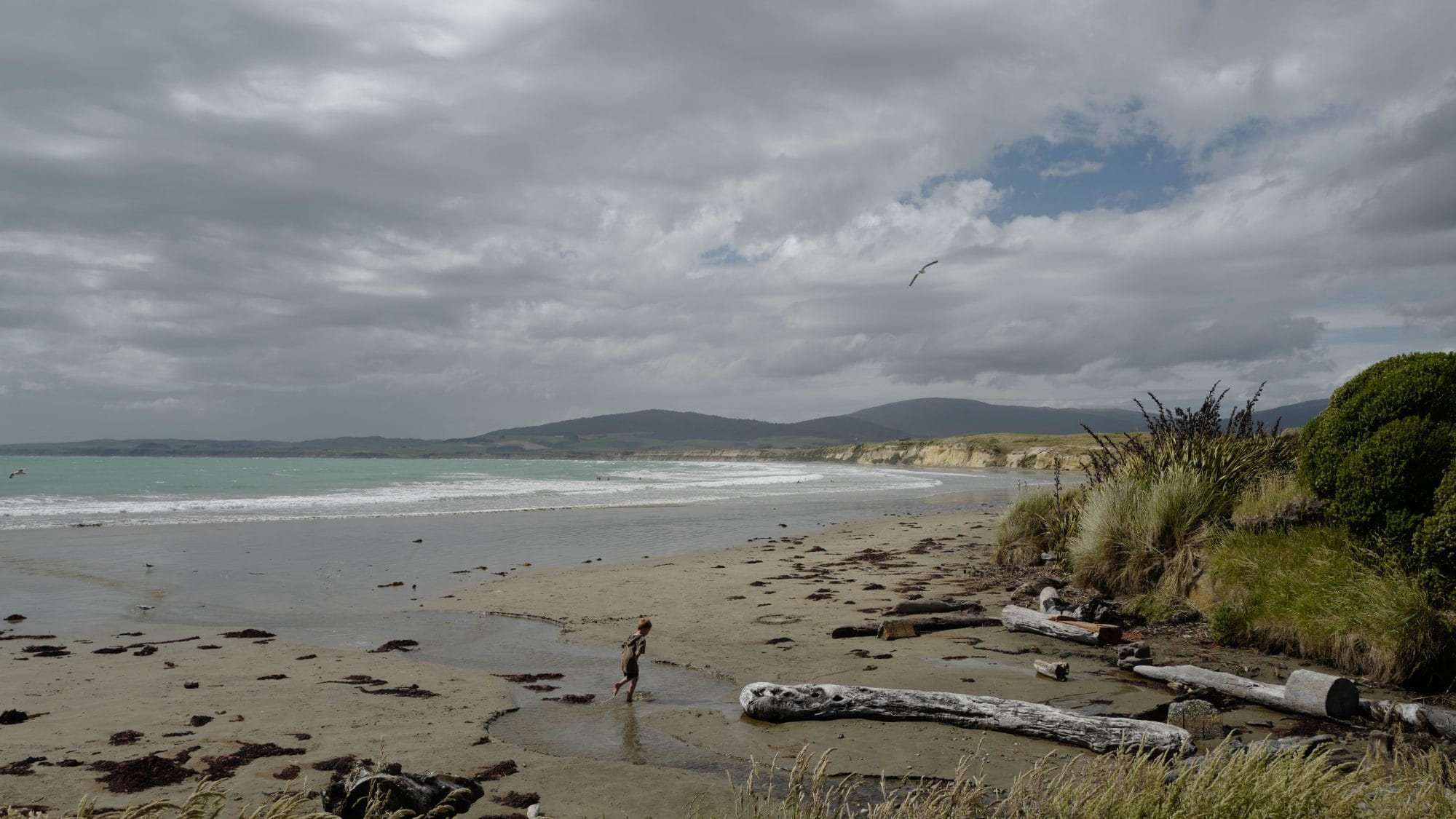 After completing The Routeburn Track, our friends picked us up at The Divide and we drove 40 minutes north to Milford Sound, a dramatic fjord formed by glaciation over millions of years that runs 15 kilometres inland from the Tasman Sea.

After 3 days of camping rations, we were very glad of a proper meal at the visitors centre. Afterwards, my friends opted to take a cruise and I decided to take a nap in the car since I hadn’t slept much the previous nights and knew I had a long drive ahead in the afternoon.

Our journey to our accommodation on the southernmost tip of the island was memorable for two reasons: 1) I ate the best steak of my life at The Fat Duck in Te Anau, and 2) it turns out that possums like to come out at night and warm themselves on the road tarmac – we must have killed about half a dozen. Given that the New Zealand Department of Conservation describes possums as “one of the greatest threats to our natural environment” we didn’t lose any sleep over it!

We booked The Cliffs Seaside Lodge on Waewae Bay because everywhere in Te Anau was full but it turned out to be a great find in a beautiful remote spot on the edge of the Fiordland National Park. It would be a great base to hike the Hump Ridge Track from.

The next day we took it easy, visiting the Te Hikoi Southern Journey museum in Riverton which explores the heritage of early Māori and European settlers. The nearby Crib Café is excellent.

On our way back to Waewae Bay, we stopped off at various points along the coast, all with colourful names like ‘Cosy Nook’ and ‘Monkey Island’.

I was particularly enamoured by the tiny fisherman’s shacks at Cosy Nook (also known as Mullet Bay). One that caught my eye was named the “Pollyfilla Villa” – it looked semi-abandoned but must have been a picturesque place in its hay-day.

The following morning was spent driving north to Dunedin, dropping our two friends off at the airport since they needed to return to Auckland. We spent the afternoon exploring the extensive Dunedin Botanic Garden which also contains an impressive aviary.

We stayed overnight at an Airbnb at Macandrew Bay on the Otago Peninsula where we were treated to a beautiful sunset over the harbour.

In the morning we drove up Castlewood Road where we got a better look over the rolling hills of the peninsula. We considered visiting Larnach Castle but the entrance fee is exorbitantly high so decided to skip it.

Continuing north along the coast, we next stopped at the Huriawa Historic Site where a track goes around the peninsula to Karitane beach. The walk passes blow holes where the incoming tide is forced up through the rocks.

The reserve covers the area previously occupied by Huriawa pā, a major coastal Māori fortification, believed to have been established by Kai Tahu chief Te Wera in the years immediately preceding Captain James Cook’s visit to New Zealand in the late 18th century.

After the walk, we went for a short dip in the frigid sea followed by some tasty fish and chips at the nearby Fish Inn.

The most fascinating geological wonder of our trip was to be found 30 minutes further north along the coast road at Moeraki where huge spherical stones lie scattered across a beach.

Each boulder weighs several tonnes and is up to two metres high. Scientists explain the boulders as calcite concretions formed about 65 million years ago which have been exposed by coastal erosion.

After the concretions formed, large cracks known as septaria formed in them. Calcite and small amounts of dolomite and quartz progressively filled these cracks when a drop in sea level allowed fresh groundwater to flow through the mudstone enclosing them.

Some of the boulders have cracked open, revealing a hollow interior, like an enormous eggshell.

According to Māori legend, the boulders are gourds washed ashore from the great voyaging canoe Āraiteuru when it was wrecked upon landfall in New Zealand hundreds of years ago.

We stayed overnight at a quaint Airbnb cabin in Orari and then drove the rest of the way to Christchurch the following morning before flying back to Auckland.

Our trip through the stunning landscapes of the South Island had been thoroughly enjoyable and it felt like we’d only just scratched the surface of places to explore. I hope we’ll be back again soon, next time perhaps for a major long distance hike!