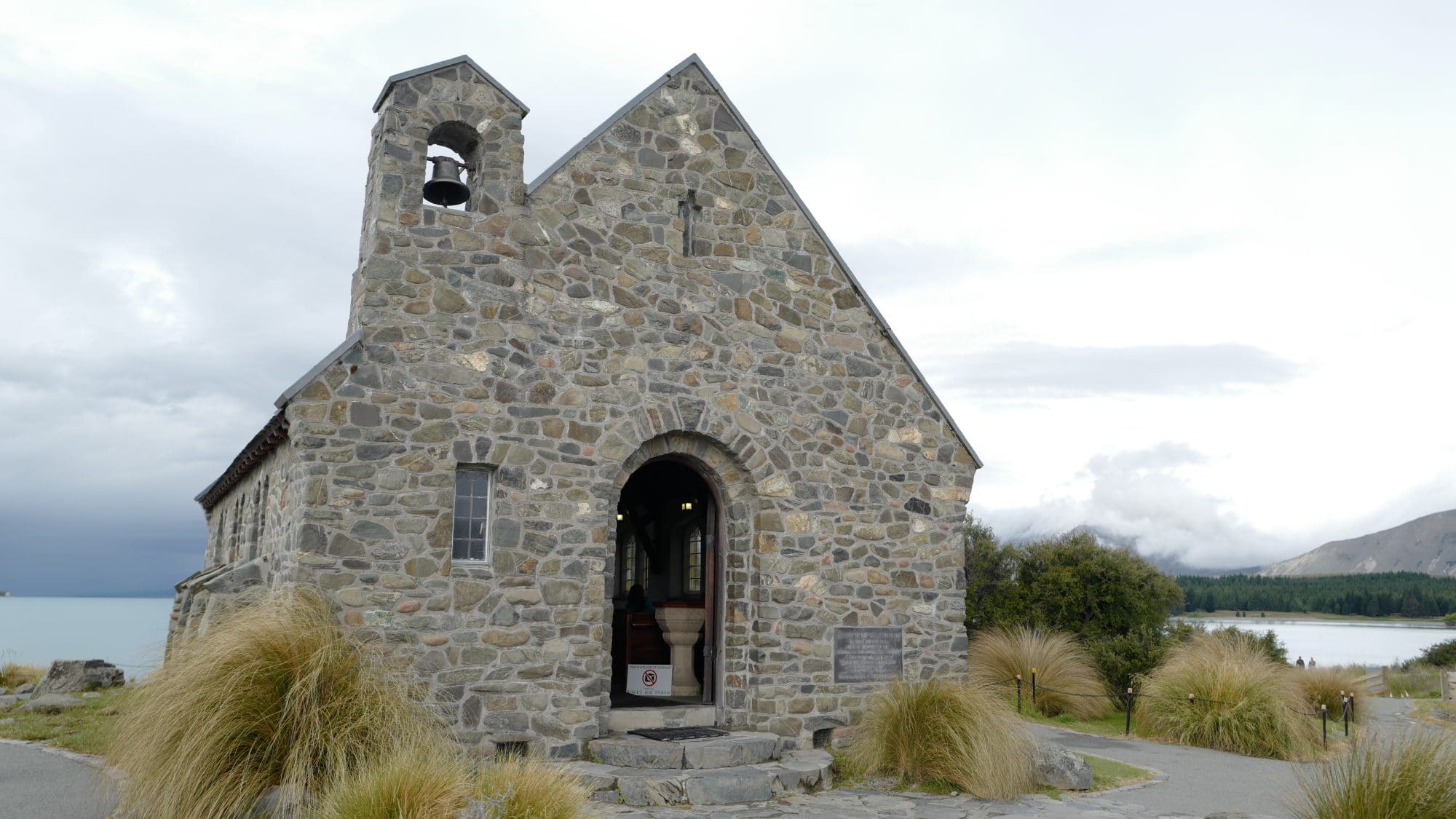 The bulk of our trip to New Zealand last December was spent driving around the South Island, starting and ending at Christchurch.

We hired a car with two friends and followed a circular route, visiting:

It was drizzling when we arrived in Christchurch and, walking around, the scars of the 2011 earthquake were still very evident. We went to Little High for lunch, a great food market with plenty of options to choose from.

After eating, we wandered through the botanical gardens before going into Canterbury Museum which turned out to be an excellent introduction to the history of New Zealand including its discovery by Polynesians and later settlement by Europeans.

Leaving Christchurch the next morning, we decided to drive to Lake Tekapo via the inland scenic route which takes you up to and along the Southern Alps.

We stopped along the way at the excellent Cafe Verde in Geraldine for lunch.

Along the side of the road, we began to see amazing fields of bright purple Lupinus plants which are actually considered invasive weeds despite their beauty.

After reaching Lake Tekapo, we had planned to hike up to hike the Mount John Summit Track but because it was raining we decided to drive up instead.

We parked beside the University of Canterbury Mt John Observatory (astronomical) from where we enjoyed a phenomenal panoramic view of the lake and township below.

Lake Tekapo gets its intense milky-turquoise colour from the fine rock-flour (ground by glaciers) which is suspended in the water.

Looking west, we could also see the smaller Lake Alexandrina under a blanket of angry clouds.

After driving back to the town, we visited The Church of the Good Shepherd, which while extremely pretty, is spoiled by the busloads of tourists who crowd the building and invariably ignore the signs telling them not take photos inside.

Opened in 1935, it is the sole church in Lake Tekapo and continues to be a place of worship for local residents.

We stayed overnight in a well-appointed apartment at Mantra Lake Tekapo and woke to a much brighter weather situation the next day.