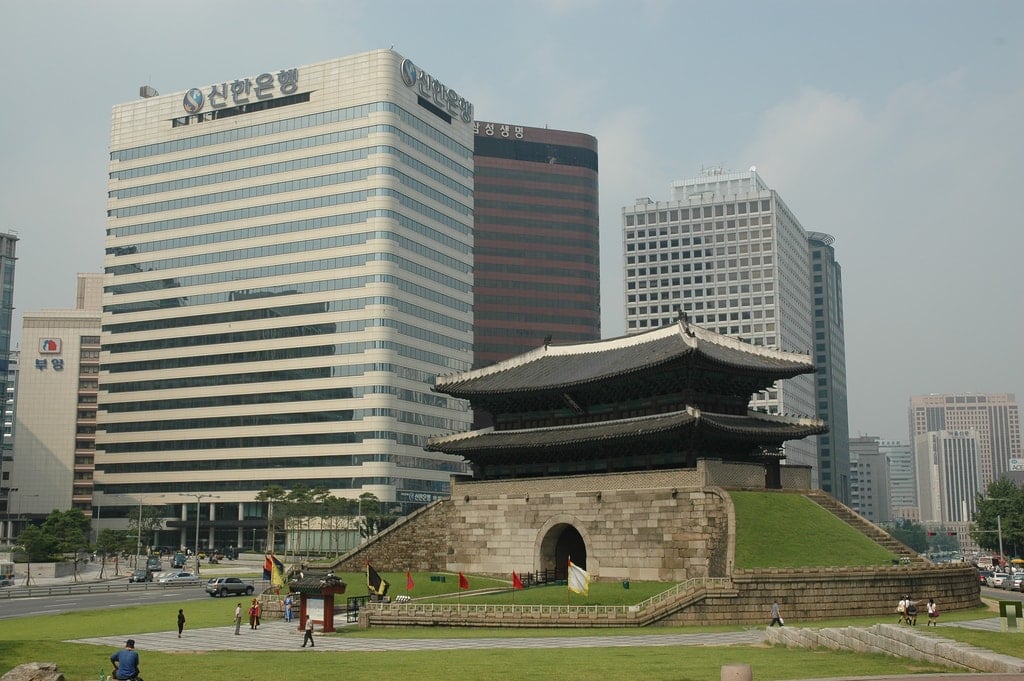 Namedaemun, or “Great South Gate”, was sadly my final destination on my travels in South Korea. The gate itself is apparently the oldest remaining wooden structure in Seoul and was originally built to keep Korean tigers out! Very nearby is Namedaemun Market, the oldest and largest retail centre in Seoul. It was a bit of a rabbit warren and I quickly got lost in the hustle and bustle of the tightly packed streets amid a myriad of curious sights and smells. 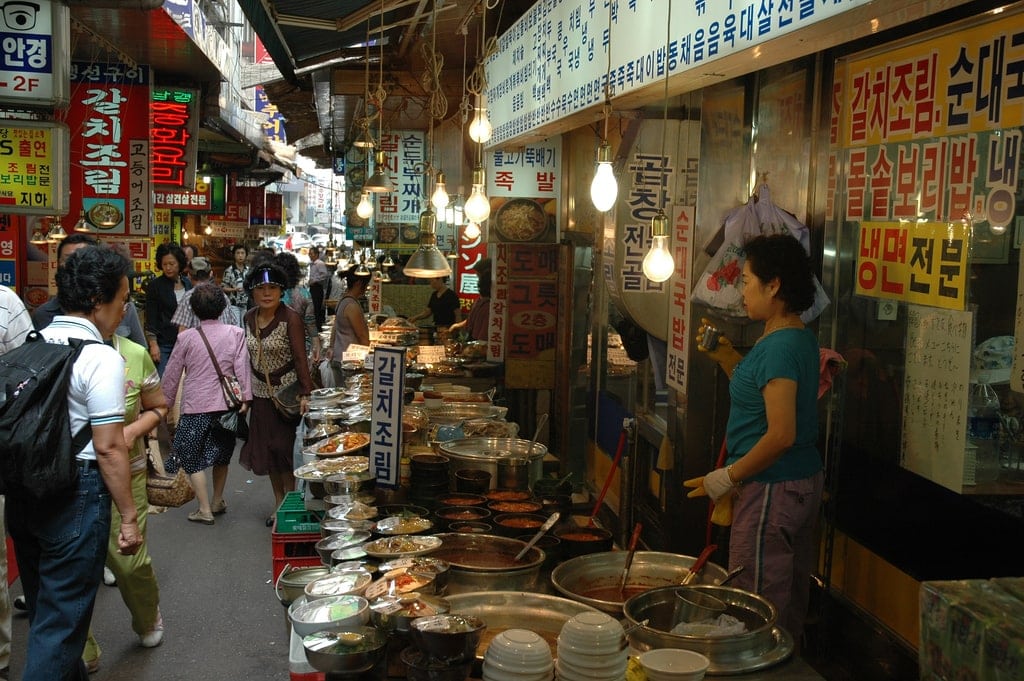 For someone who likes chillies this was on another level – there’s enough fire in this lot to cause some serious damage! Talking of fire, if the health & safety bureaucrats in the UK ever inspected this place they’d have a field day, thank goodness there is some sanity left in the world where over-regulation hasn’t gone mad… 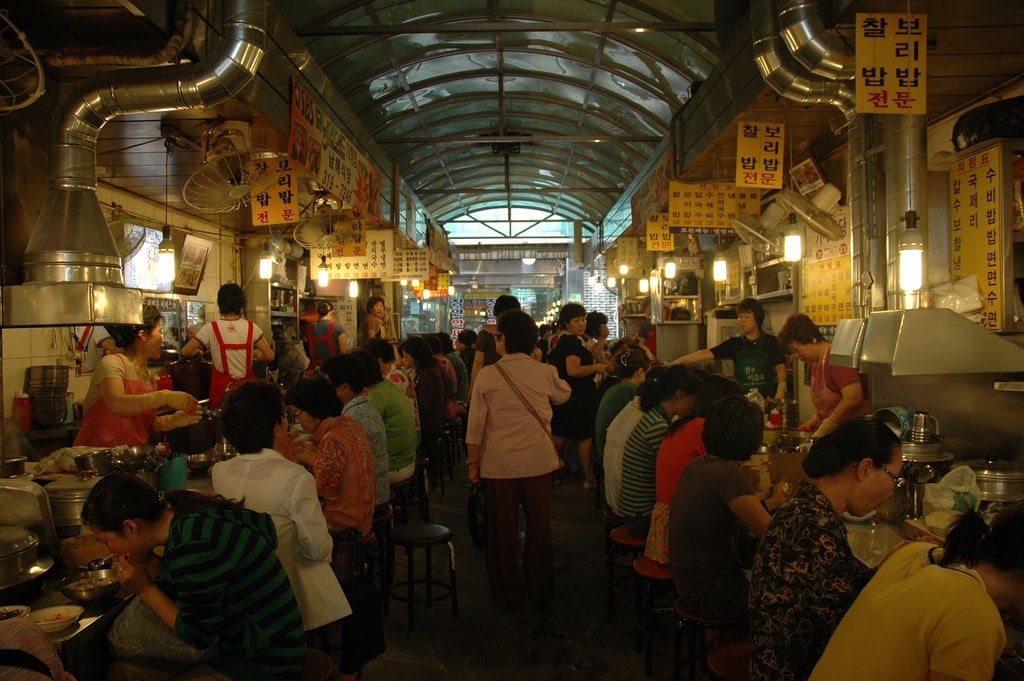 So that’s all folks – hope you’ve enjoyed this short journey through South Korea over the past few weeks and many thanks to all the people who helped me along the way. No doubt I’ll be heading east (or maybe west) again in the near future so watch this space! As a final thought, on my journey back the plane flew over Beijing during the middle of the night and whilst I gazed down wistfully at the lights of the city that was, for a short time, my home I couldn’t help but remember the final words to that favourite film of mine:

It’s not goodbye, just the first hello – see you soon 🙂