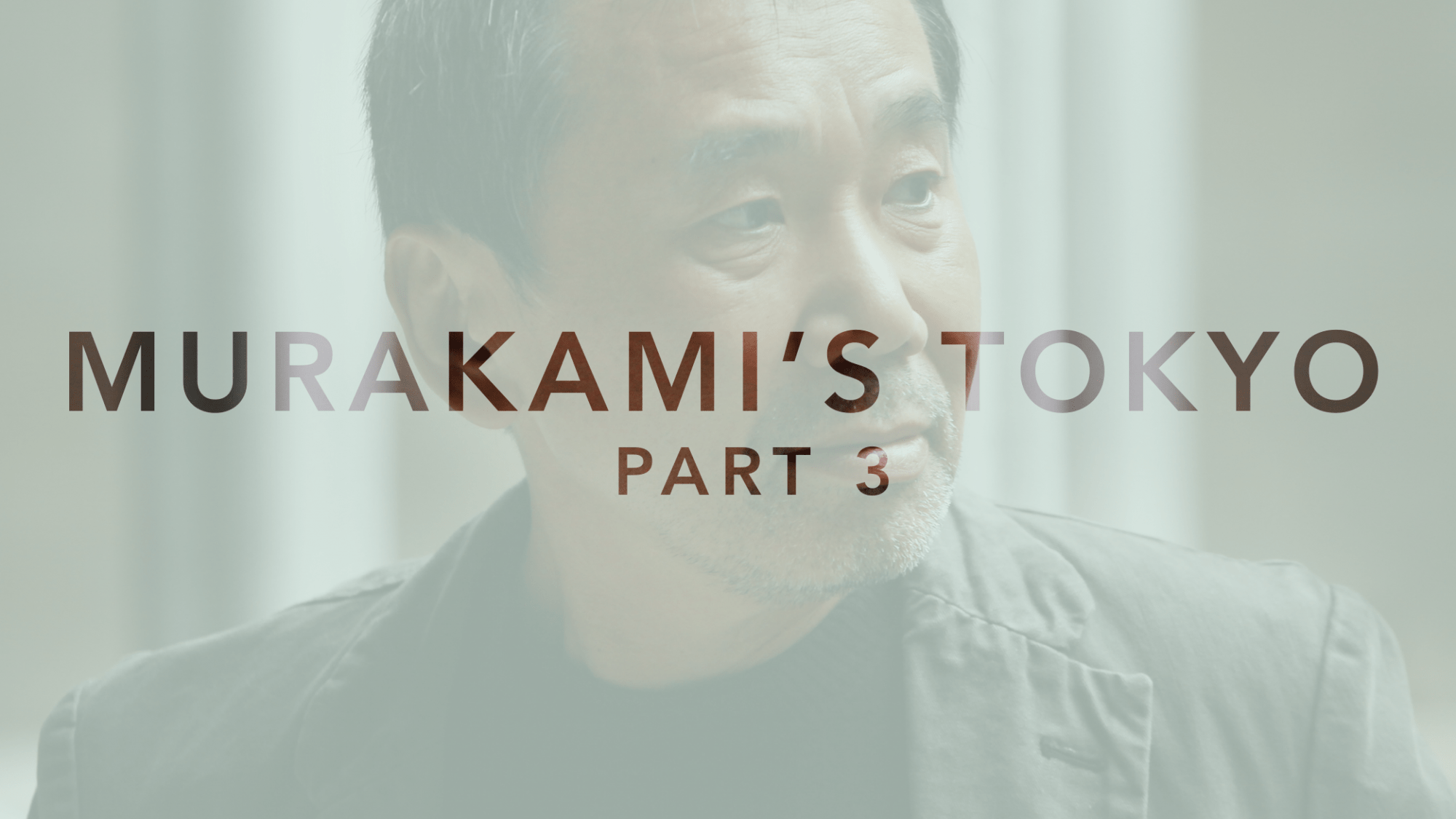 Directly after the game, he went to a bookstore, bought a pen and some paper, and over the next four months produced Hear the Wind Sing. The story covers the craft of writing, the Japanese student movement of the 1960s, and, like later Murakami novels, relationships and loss. As with most of his novels, cooking, eating and drinking, and listening to western music are frequently described to a level of detail which, if written by anyone else, would seem tedious but Murakami has a way of elevating the ordinary to an art form.

The restaurant is an old fashioned affair where servers are dressed in smart black and white uniforms, and the food is served in silver gravy boats. Though nothing to get too excited about, the food was pretty good. Finding the exit was decidedly easier than the entrance but alas it was still 2014 when I stepped back outside into the humid night.

Much of the third act of 1Q84 takes place in Koenji, a small but popular neighbourhood in Tokyo that is famous for its used record and clothing shops. It’s here where the parallel worlds of Tengo, a cram school math teacher, and Aomame, a fitness instructor-turned-assassin, draw inexorably closer to each other under the gaze of mysterious twin moons.

During one of my earliest visits to Japan, I stayed in a tiny room on the roof of a guesthouse right next to Koenji Station and remember not being able to sleep for the noise of the trains rattling past at all hours. Even so, there was something strangely comforting about the repetitive sound during those cold winter nights.

It’s clear that Murakami’s own journey had a great impact on his writing and, by following his characters as they come to terms with their new realities, we too are able to explore feelings of loss and confusion in ours.