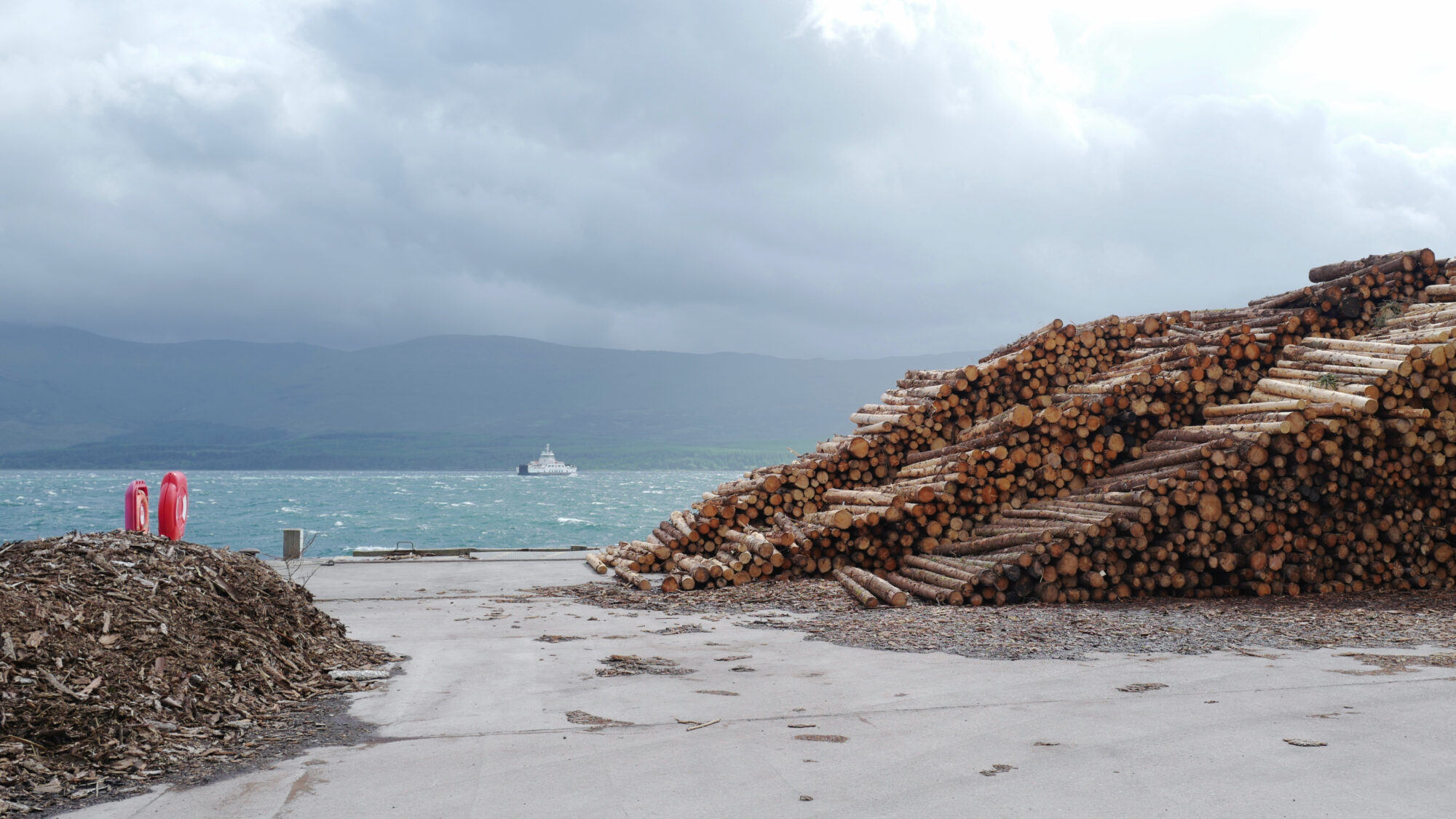 During the month we stayed in the UK over the summer, we spent a week exploring the Isle of Mull, an island in the Inner Hebrides that lies off the west coast of Scotland.

We opted to take the overnight Caledonian Sleeper train from London Euston to Glasgow Central and hire a car from there. While the train is no Orient Express, it does save you a day of travel in either direction and is affordable if you choose to travel on off-peak days.

Because there is no easy centralised way of booking accommodation on the Isle of Mull and most of the landlords don’t seem to have discovered Airbnb yet, we ended up renting a cosy little cottage near Lochaline, on the Morvern peninsula.

On the day we arrive the clouds looked like they were threatening to break at any moment but luckily held fast for a few hours while we took a short walk around the headland at the mouth of Loch Aline. Here you’ll find the ferry that operates regularly over to Fishnish on the Isle of Mull.

The moody skies and expansive views of the Sound of Mull added to the feeling of isolation.

Walking up the hill, we arrived at Kiel Church which has an old Session House to one side which was once a school room but now is used to display more than 17 medieval carved gravestones dating from the 14th to the 16th centuries.

They are a reminder of the late medieval flowering of Gaelic culture associated with the Lordship of the Isles. Designs include swords, ships and hunting scenes with elaborate decoration.

The majority of the stones were taken from the adjoining graveyard which still has other fragments of medieval stones, including a six hundred-year-old cross.

Later in the week, we took a walk along the other side of Loch Aline to the ruined Ardtornish Castle situated on the grounds of the Ardtornish estate.

We passed Kinlochaline Castle at the head of Loch Aline, positioned strategically for coastal defence. Four stories tall, with walls that are 3-metres-thick blocks of rare sandstone, it strikes a commanding stance atop a rocky summit. Having been abandoned in the 1960s, the property was restored in the 1990s and is now privately owned.

Ardtornish is listed by Historic Environment Scotland as being outstanding for its architectural, scenic, and nature conservation importance. The track is an easy albeit long walk with nice views out over the loch.

After a couple of hours of tramping, we arrived at the ruins of Ardtornish Castle. It stands at the seaward end of a promontory which extends in a southerly direction into the Sound of Mull.

The castle was one of the principal seats of the high chiefs of Clan Donald from the early 14th to late 15th century, but Somerled had a fortress here in the mid-12th century. Ardtornish was the hub of strategic sea lanes vital to him.

The castle was probably abandoned around the end of the 17th century, by which time the Campbell Earls of Argyll had captured Ardtornish and the other Morvern estates of the MacLeans.

Unfortunately little now remains of this former castle, other than its dilapidated boundary walls.

On our final day, we set off to walk from Acharn Bridge to Arienas Point in the Scottish Wildlife Trust’s Rahoy Hills Reserve along the shore of Loch Arienas. Unfortunately, heavy rainfall had made the trail incredibly boggy so we were forced to turn back halfway.

Mesolithic flint tools were found near here providing some of the earliest evidence of human occupation in Morvern.

Had we not spent most of our time on Mull, we could have easily spent the whole week exploring the countryside in Morvern.