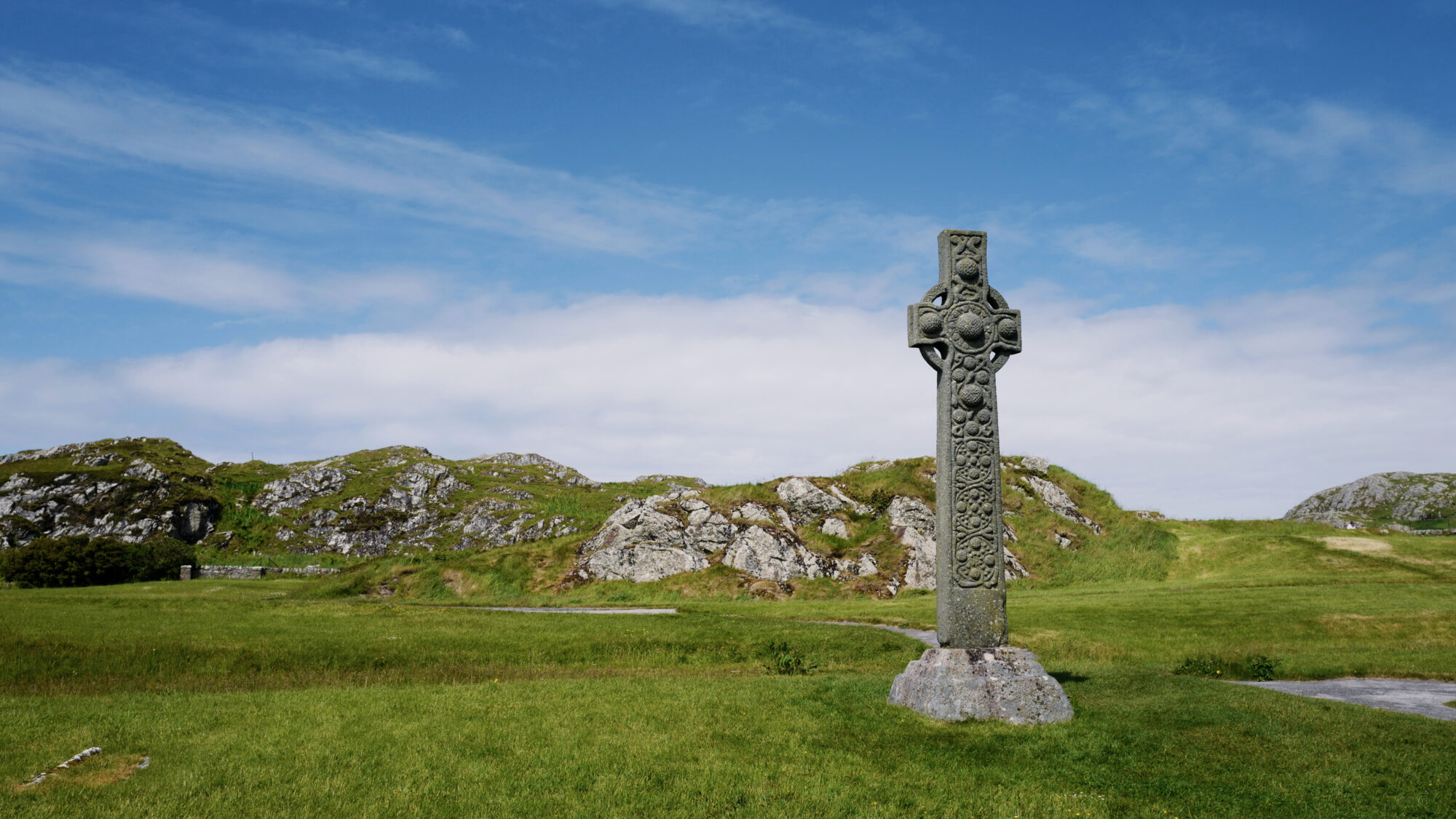 Iona is a small island off the southwest coast of Mull in the Inner Hebrides. It is only 1.5 miles wide by 3 miles long, with a population of around 170 permanent residents. It is mainly known for Iona Abbey, considered the birthplace of Celtic Christianity in Scotland.

We arrived late morning after taking the ferry from Fionnphort. The abbey is clearly visible from the mainland and is the most distinctive building on the island.

Established by Saint Columba in 563 AD, Iona Abbey became one of the centres that perpetuated the spread of Christianity through Scotland. Although today Iona feels like it’s on the edge of the map, the monastery’s position in what was then a well-used seaway would have facilitated trade.

Over the centuries it suffered from horrific Viking attacks and was seized by the King of Norway for a period of time before falling into ruin in the early sixteenth century following the Scottish Reformation.

Reconstruction started in 1938 by a group that founded the Iona Community, an ecumenical Christian community that continues to use the site to this day.

Many early Scottish kings, as well as kings from Ireland, Norway and France, are said to be buried in the Abbey graveyard. However, modern scholars are sceptical of such claims.

Several high crosses are found on the island of Iona. St Martin’s Cross (dated to the 8th century) still stands by the roadside. A replica of St John’s Cross is found by the doorway of the Abbey. The restored original is located in the Infirmary Museum at the rear of the abbey.

We walked north to a beach where we ate our packed lunch sitting on a sand dune getting blasted by the Atlantic wind. Away from the crowds, the island took on a more desolate feeling and it was easy to let your mind imagine how hard life must have been for the early inhabitants.

Hiking up to Dùn Ì, the highest point on the island (101 m), we got panoramic views up to the Treshnish Isles and down to St Columba’s Bay.

If I’m honest, probably the highlight of my day was seeing this ingenious hay bailer in action. At heart, I’m still a 10-year-old boy!