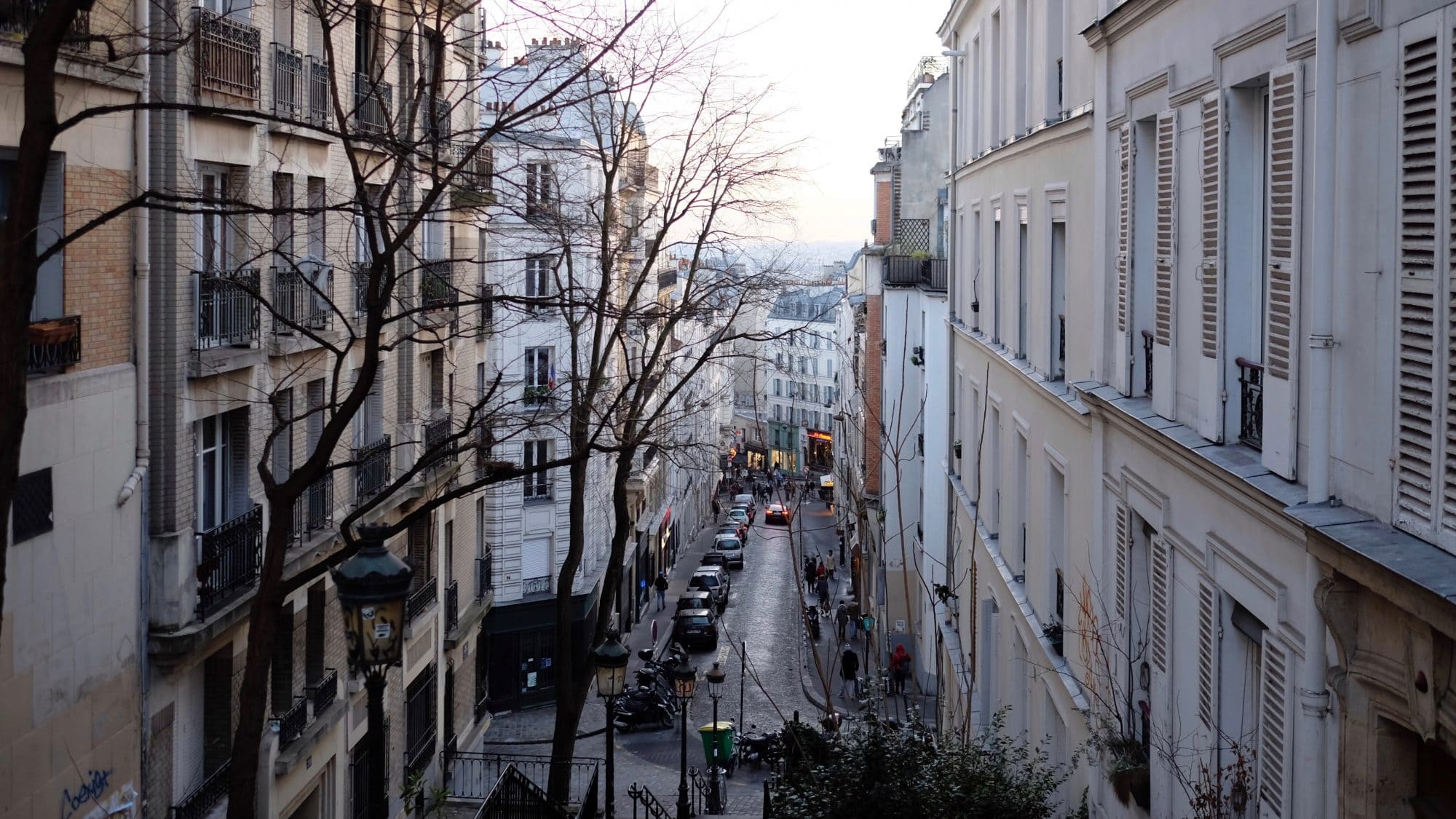 I’ve had few opportunities to return to Europe, since moving to East Asia over 10 years ago, so was very happy when I got an excuse to spend a week in Paris this past February. My last visit to the French capital was in 2005 at the ripe age of 21 so I was eager to see the city through my slightly older eyes!

Arriving by the Eurostar train from the magnificently restored London King’s Cross, I was immediately reacquainted with the undeniably romantic wide boulevards lined by trees and grand old buildings.

Something which I had not remembered was the stench of urine in the streets and pervasive homelessness which came as a bit of a shock and reminded me of similar social issues in San Francisco.

We were staying in an old hotel close to Trinité where a ride in a rattling open cage elevator installed in the centre of a winding staircase was required to reach our room on the 6th floor.

Below are a few of my favourite places we explored around the city; some touristy, others less so.

The medieval gothic cathedral has a fascinating architectural history with beautiful stained glass windows and flying buttress galore. The atmosphere was slightly spoiled by the hordes of tourists who didn’t know how to behave respectfully in a place of worship.

A wonderfully restored Beaux-Arts railway station holds far more art that can be comfortably absorbed within a single visit. I’d recommend heading for the impressionist works on the upper level.

Beware of the aggressive pickpocket gangs nearby on the Léopold-Sédar-Senghor footbridge over the River Seine.

A short walk from Musée d’Orsay, this small gallery is the permanent home to eight Water Lilies murals by Monet, known as the Nymphéas, displayed in two stunning oval rooms along the walls under diffused light. Prepare to queue if you haven’t bought a ticket in advance.

A beautiful Roman Catholic church sitting on the summit of Montmartre, the highest point in the city with a fabulous view both inside and out. We were lucky enough to visit at dusk and watched the sunset over the city.

While we didn’t ascend the famous landmark this time, we did get a pretty good view of it on a clear night from the Palais de Chaillot.

The atmospheric Canal Saint-Martin is undergoing a renaissance of the gentrification kind but makes for a good area to explore on foot on a chilly morning.

Here’s somewhere you don’t find on the usual tourist trail. Designed by Oscar Niemeyer, the architect of Brasília, the white dome holds a subterranean debating chamber lit by thousands of steel squares. It marks a nice contrast from the rest of the city, whatever your politics.

While La Défense is predominantly a business district with a bunch of glass skyscrapers, the Grande Arche is an impressive structure worth a look. The hollow cube, currently undergoing restoration, is the final monument which lines the Axe historique running through Paris.

Housing multiple artistic institutions, the interesting complex wears its heart on its sleeve and provides a glimpse at how the future was seen in the 1970s. We visited the Musée National d’Art Moderne during the evening which houses a sprawling collection of modern and contemporary art.

My parents first took me to Chartier, a traditional Parisian brasserie, when I was very young and I have vivid memories of being packed into the mirror-lined dining room and being served by a surly waiter wearing a black waistcoat and white apron who scrawled our order on the paper table cloth.

I was happy to find it still going strong and the only things which seemed to have changed were that they now have English menus and the waiters were a lot more amenable. Our simple dinner was delicious and surprisingly affordable.

Housed in the deserted priory of Saint-Martin-des-Champs, the Musée des Arts et Métiers contains a wonderful collection of historic scientific instruments and inventions. We only had a couple of hours to explore but you could easily spend a whole day if so inclined.