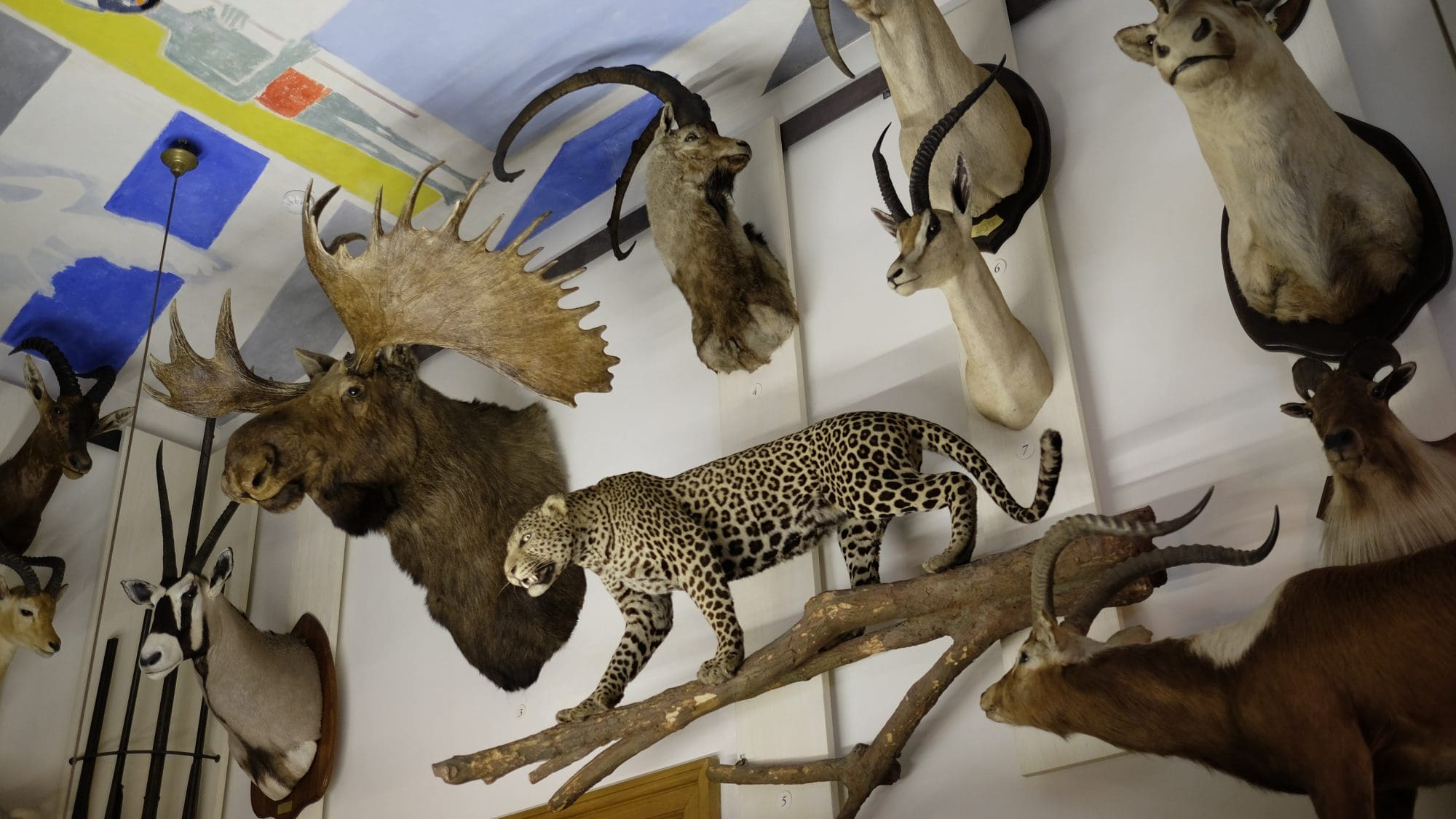 While all the famous museums in Paris were great, the highlight of my recent trip was visiting the highly eccentric Musée de la Chasse et de la Nature (Museum of Hunting and Nature).

The private museum was founded in 1964 by wealthy French industrialist François Sommer and his wife Jacqueline, who were avid hunters and conservationists. Exhibits celebrate “the relationship between humans and animals through the ages” but taken at face value, it could easily come off as the lair of a wealthy serial killer.

Tucked away in a beautiful old limestone mansion in the 3rd arrondissement, the Silence of the Lambs vibes immediately begin when you notice the bronze decorative fixtures designed to look like vines, antlers and tree branches.

The first room we visited consisted of severed pig heads sewn together and hung up by electrical wiring fashioned to look like entrails. I have absolutely no idea what the artist was trying to say here.

The macabre theme continued with the ceiling of another room being covered in splayed owls looking down at you in a work called The Night of Diana. Their glass eyes were particularly haunting!

The museum’s rooms have names such as Room of the Boar, Salon of the Dogs and Cabinet of the Wolf. They are organised around three themes: weapons and hunting accessories such as guns and horns, hunting products such as trophies and taxidermied animals, and artistic representations of wildlife and hunting such as paintings and sculptures.

The museum even seems to be exhibiting one of Donald Trump’s toupees.

In the Room of Trophies, Salle des Trophées, the museum houses hundreds of taxidermied animals from all over the world. These include a polar bear, lion, tiger, cheetah, fox, rhinoceros, bison, water buffalo and many birds.

Walking around the room you’re constantly aware of the many eyes staring down at you. If you’re lucky they might just start talking to you.

Forget the Louvre, the Musée de la Chasse et de la Nature is far more fun and with none of the queues.