I often find that the best films are the ones you find by accident and are rarely mainstream (Battle Royale being the perfect example and The Matrix being the exception). I discovered another such film yesterday. Cube was made back in 1997 and although it’s low-budget it’s not low on creativity or being practically unique in it’s genre. Films which make you think and scratch your head are rare and with Cube there are no easy answers. As with the aforementioned titles this is can be viewed on many different levels giving it a depth which keeps you engaged even though this is a primarily character driven piece. 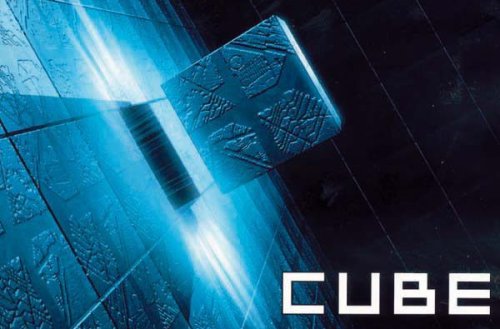 So what’s it all about? Basically a group of people wake up in a cube-shaped maze filled with deadly traps which require more than just luck to evade (in fact being clued up on math turns out to be a help!). What lies behind all this is the key to its ingenuity. As the characters ask the obvious what/where/when/why type questions the jigsaw slowly begins to come together but never enough so that we see the bigger picture – and this is a good thing. Too often we are spoon fed but here the audience is left to answer the questions. With a budget of less than $400,000 the film delivers way above it’s level and certainly deserves its cult status. 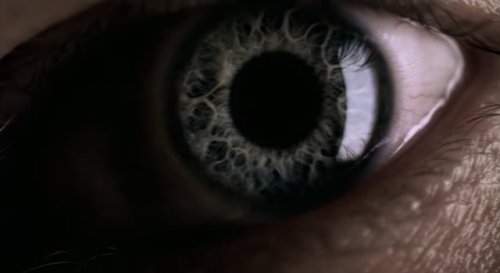 For me the idea of inherent pointlessness creating a point to a given situation which has been created by a conglomerate of abstract ignorance is what gives this film a backbone. These people are set in a seemingly impossible situation for the simple reason that they are there to fulfill its function which even its designers are unaware of. As one of the characters notes “There is no conspiracy. Nobody is in charge. It’s a headless blunder operating under the illusion of a master plan.” Is this a red herring? Maybe, maybe not. The social metaphors in here make my head hurt! 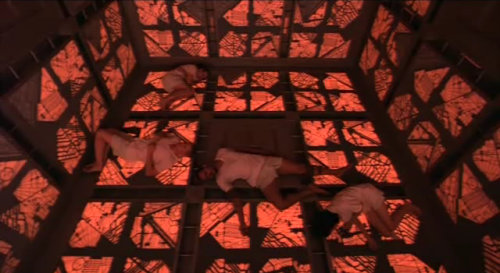 What really marks this film out is the surreal distortion of reality and the sense of impending danger in an enclosed environment where external experience and memory are no longer connected. Hence the menacing complexity of an impassive experience (whereby every room looks like the next but may or may not kill you) compels our characters to loose themselves to what might be described loosely as a form of insanity. Really it is the ultimate form of paranoia and pessimism rolled into one. Then again I could just be talking rubbish! Some of the reviews on IMDB are quite interesting so check them out if you have time.

This is not a film for the claustrophobic or phronemophobic so be warned if enclosed spaces or thinking are not your thing! Otherwise this film is the work of a conceptual genius and might just be worth hunting down for something philosophical, psychological and moreover psychotic… (8/10)