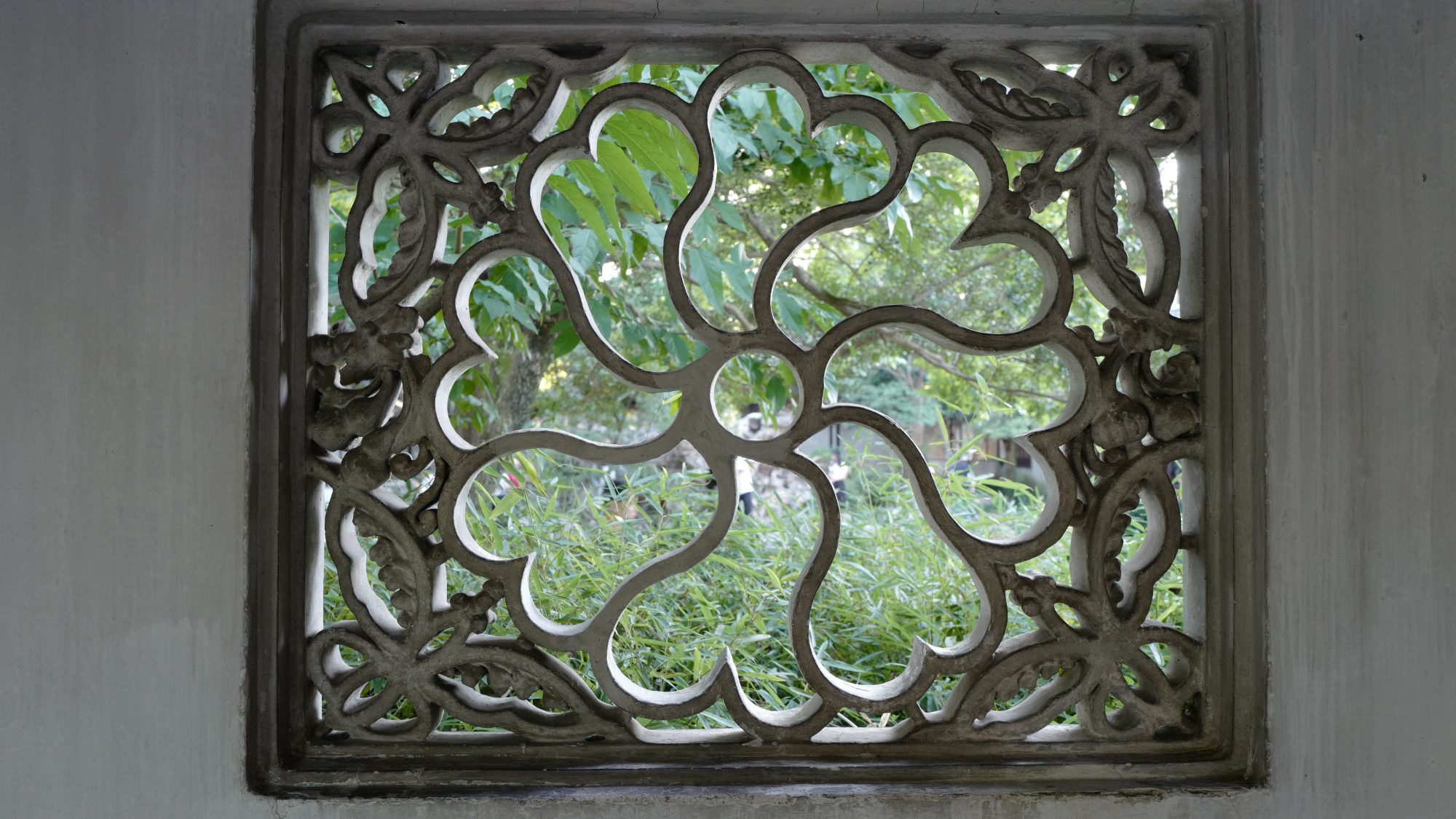 After spending a couple of days in Shanghai with my family, our next stop was Suzhou (苏州市). Famous for its canals, stone bridges, pagodas, and meticulously designed gardens, I’d visited twice before (2009/2015) and was keen to see something new.

The Humble Administrator’s Garden (拙政园) was originally built in 1509 during the Ming Dynasty (1368-1644). It was initially a private garden of a former government servant named Wang Xianchen. It was said that Wang was frustrated in his official career, so he intended to retire from politics and adopt a hermit’s life while working on the garden.

The garden was named after a verse by the famous poet of the Jin Dynasty, Pan Yue:

“I enjoy a carefree life by planting trees and building my own house…I irrigate my garden and grow vegetables for me to eat…such a life suits a retired official like me well.”

It took 16 years until 1526 to complete. Wang’s son lost the garden to pay gambling debts, and it has changed hands many times since.

Subsequent owners divided the garden into three parts and it wasn’t until in 1949 when were rejoined by the Chinese government and opened to the public, then restored in 1952. In 1997 the garden was given UNESCO World Heritage status.

At 78 mu (亩) (5.2 hectares; 13 acres), it is the largest garden in Suzhou and is considered by some to be the finest garden in all of southern China.

The garden contains numerous pavilions and bridges set among a maze of connected pools and islands. It consists of Eastern, Central and Western sections as well as some residences of the former owners. You’ll need a good few hours to look around.

“As I pick chrysanthemums on the eastern fence, my eyes fall leisurely on the southern mountain.”

At golden hour, the views were sublime (the crowds less-so).

The covered corridor is named for the grade changes which give it the feel of floating on the waves.

“With whom shall I sit? The bright moon, refreshing breeze and me.”

We were ushered out of the garden at closing time, satisfied but left wanting more!

Suzhou Museum (蘇州博物館) is nearby and well worth combining with a visit to the garden.

Afterwards, we walked south along Pingjiang Road (平江路) through the Old Town of Suzhou following a canal crisscrossed by stone bridges.

The area is a little touristy but it’s been well preserved and you can easily escape down one of the many side alleys to get a taste of what it would have been like originally.