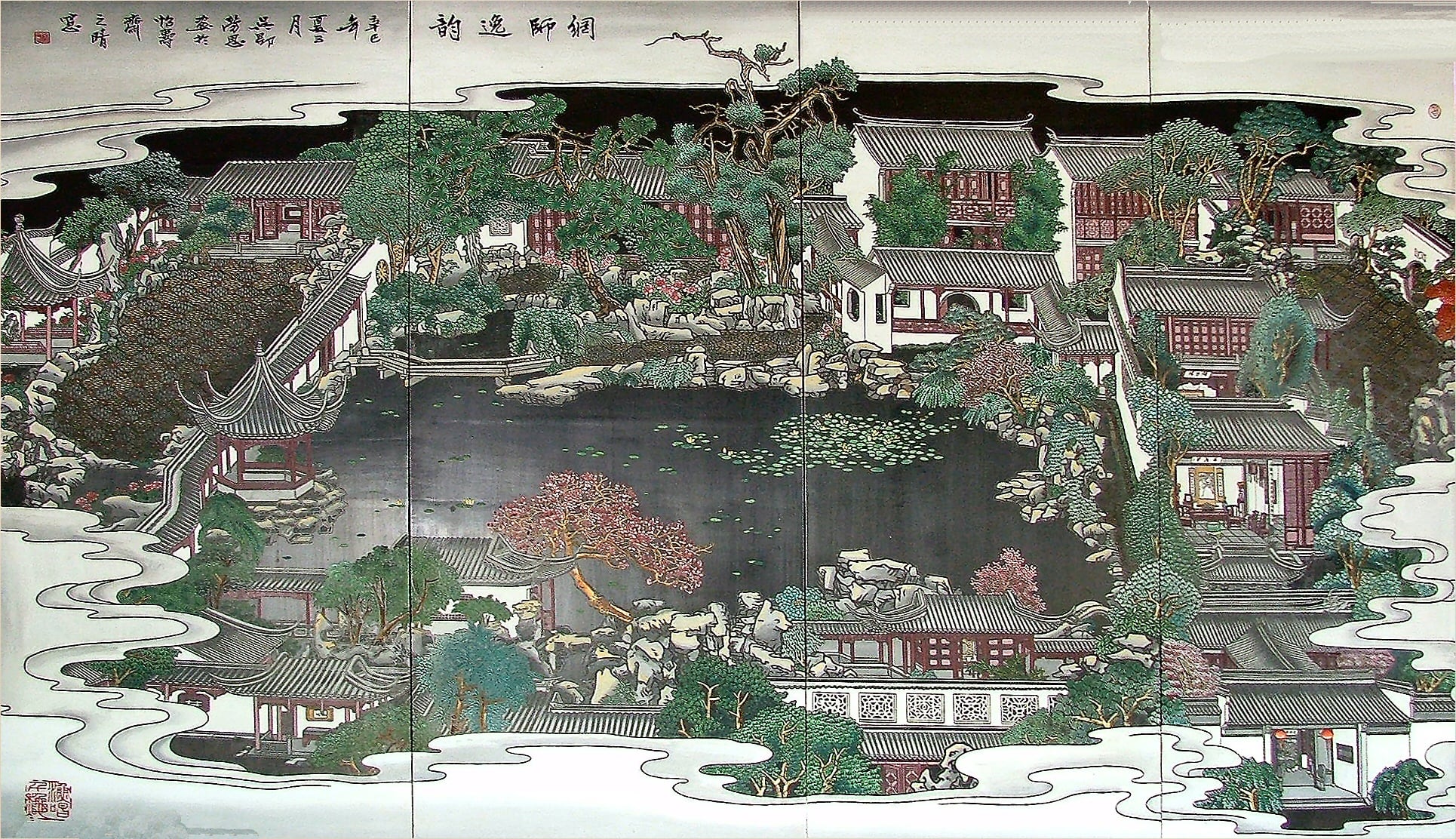 On an overcast day in July this year, I made a return day trip to Suzhou, a city west of Shanghai, known for its canals, bridges and classical gardens.

It had been six years since my last visit and at a glance, not much had changed except that buying a train ticket to get there has become a major hassle (you need to find the right counter to queue at and show your passport).

As far back as the third century, Suzhou has been both a centre of commerce with the silk trade and a haven for scholars, artists, and skilled craftsmen.

In Imperial China, Suzhou was a popular destination for retired scholars and officials, many of whom built classical Chinese gardens around their homes.

Though you can still see traces of old lifestyles centred around the canals, the area has succumbed to the demands of mass tourism with all the tack and selfie sticks that brings.

As we made our way through the hordes of tourists on our way to the Master of the Nets Garden (网师园) the heavens opened and threatened to ruin the mood.

Once inside the garden complex, the cacophony of the traffic-filled streets gave way to the gentle pitter-patter of rain falling from the tiled roofs.

Inspired by the simple and solitary life of a Chinese fisherman depicted in philosophical writings, The Master of the Nets garden was first constructed in 1140 by Shi Zhengzhi, a government civil servant.

Just as the masses today long to escape the clutches of corporate life, Shi and his contemporaries were seeking a simpler life free of political responsibilities.

A courtyard planted with an ancient pomegranate tree sits next to a pavilion that was used as a stage for performances.

Named from a verse by the poet Han Yu, “The twilight brings the Autumn and the breeze sends the moon here”, the hexagonal pavilion was used for moon watching.

Looking out from within the Peony Hall, a three-bay structure named for a Li Bai verse, “The spring breeze is stroking gently the balustrade and peony is wet with dew”.

The Master of the Nets is particularly regarded among garden connoisseurs for its mastering the techniques of relative dimension, contrast, foil, sequence and depth, and borrowed scenery.