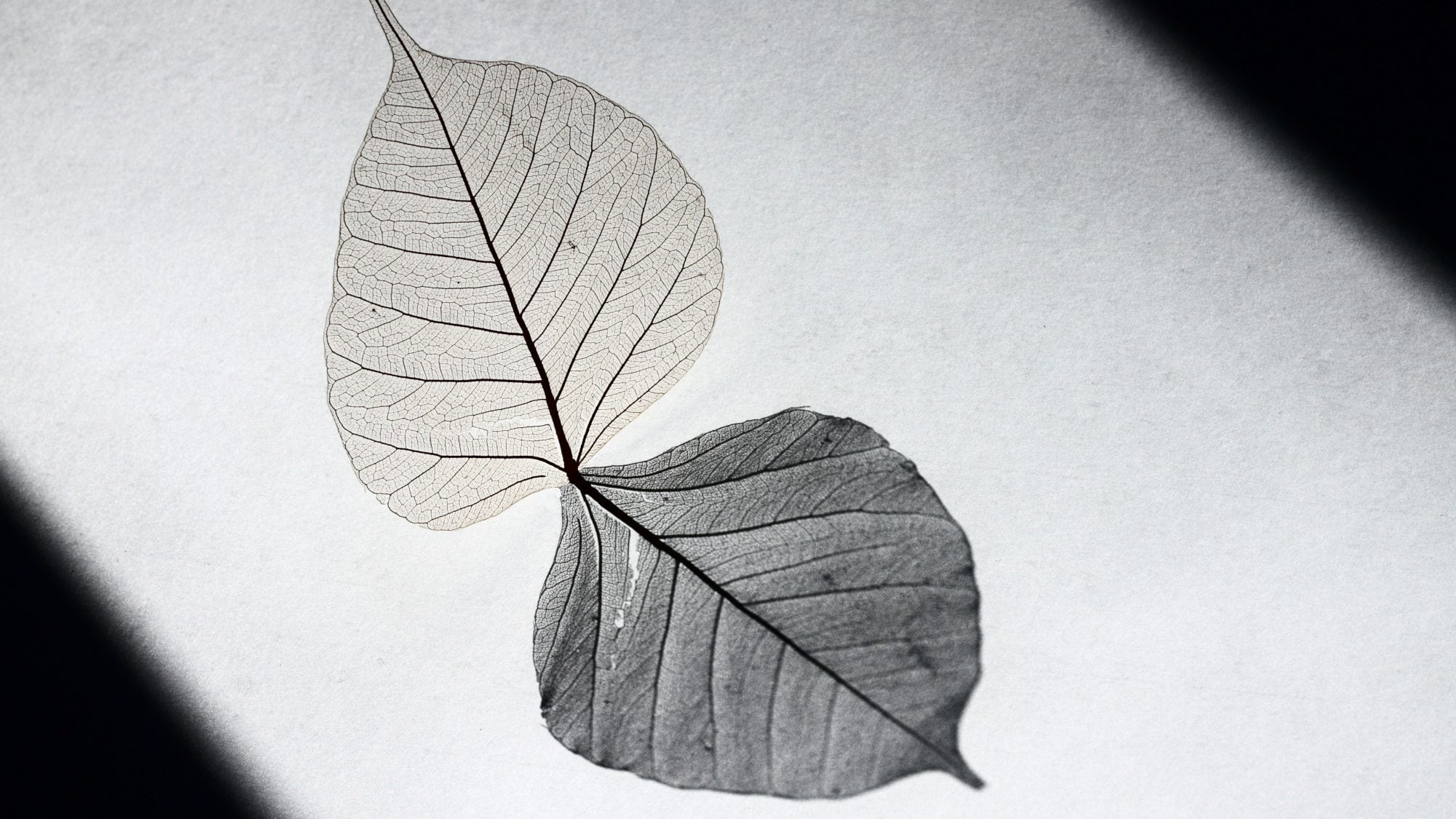 While sitting beneath the cherry blossoms at a typical Hanami (“flower viewing”) party in Japan it’s easy to forget that behind the alcohol-fueled revelry you’re actually taking place in a very particular form of appreciation centred on the acceptance of transience and imperfection. Nothing lasts, nothing is finished, and nothing is perfect.

Aesthetic ideals are central to Japan’s cultural identity and the Japanese language has all sorts of fancy words for describing our feelings towards how we perceive the world but underlying them all is the notion of wabi-sabi (侘寂).

As it relates to notions of beauty, it’s a concept that has been misunderstood and intentionally obscured throughout history, often by those peddling mystical knowledge or items claiming to imbue wabi-sabi qualities. The misconception here is that wabi-sabi is not an intrinsic property of things, but an “event”, or state of mind. In other words, the beauty of wabi-sabi “happens”, it does not reside in objects or environments directly.

The best text I’ve found on the subject is the short and concise book ‘Wabi-sabi for Artists, Designers, Poets & Philosophers‘ by Leonard Koren which breaks down the material and philosophical characteristics of wabi-sabi. Below I’ve attempted to paraphrase some of the key points in the hope that it might be of some interest to anyone looking for a little more colour than can be found on Wikipedia.

Wabi-sabi can in its fullest expression be a way of life. At the very least, it is a particular type of beauty.

The closest English word to wabi-sabi is probably “rustic” — simple, artless, or unsophisticated” — but, while it is often the initial impression many people have when they first see a wabi-sabi expression, this represents only a limited dimension of the wabi-sabi aesthetic. Wabi-sabi also shares some characteristics with “primitive art”, that is, objects that are earthy, simple, unpretentious, and fashioned out of natural materials.

The Japanese words “wabi” and “sabi” originally had quite different meanings which over the centuries blurred so much that today they can be used interchangeably (or together as in “wabi-sabi”) but if we look at them separately, we could characterise their differences as follows:

Wabi-sabi was conceived and developed amid a period of intense political and social upheaval in Japan during the Sengoku era (c. 1466 – 1598) and is sometimes compared to Europe’s Dark Ages.

The locus of invention was the tea room where, insulated from the hardships and concerns of the outside world, artistic and philosophical values independent of conventional society took root. The leaders of this artistic adventure were the tea masters who prepared and presented tea during carefully designed ceremonies noted for their originality and unpredictability.

The most historically revered of all the tea masters was Sen no Rikyu (千利休):

The initial inspirations for wabi-sabi’s principles come from ideas about simplicity, naturalness, and acceptance of reality found in Taoism and Chinese Zen Buddhism. It also absorbed the ethereal ambience of Noh, a form Japanese musical performance, known as Yugen (profound grace and subtlety).

By the 16th-century the separate elements of wabi-sabi coalesced into a distinct aspect of sophisticated Japanese culture, reaching its zenith in the context of the tea ceremony (茶の湯). The tea ceremony became a social art form combining architecture, interior and garden design, flower arranging, painting, food preparation, and performance.

The first wabi-sabi tea master was Murata Shuko (村田珠光), a Zen monk from Nara, who intentionally used locally produced utensils instead of highly-decorated foreign ones.

Sen no Rikyu (1522 – 1591), the son of a merchant, brought wabi-sabi to its apotheosis in the late 16th-century by placing crude, anonymous, indigenous Japanese and Korean folk-craft on the same artistic level as slick Chinese treasures. In order to convey the meaning and significance of physical objects, environments and events, he created a new kind of tea room based on the form of a farmer’s hut made from rough mud walls, thatched roofs, and misshapen exposed wooden beams.

He consciously juxtapositioned the old with the new, smooth with rough, costly with expensive, complex with simple… For example, old chipped rice bowls might be lovingly repaired and repurposed as tea bowls. In other words, the imagery of genteel poverty was actively cultivated.

His wealthy employer didn’t appreciate his aesthetic ideals and ordered Rikyu to commit ritual suicide at the age of seventy.

Like religious fundamentalists who claim their interpretation of doctrine to be “correct”, organised tea factions have been preoccupied with establishing their legitimacy based on the teachings of Rikyu since his death. In the process, personal judgement and imagination have been wrung out of the ceremony with even the most minute hand gestures being rigidly prescribed. This has led to institutionalised wabi-sabi becoming its opposite: slick, polished, and gorgeous — despite maintaining the consistency of the traditional forms.

Wabi-sabi is no longer the true ideological or spiritual heart of tea, even though things that sound and look like wabi-sabi are still trotted out by the tea orthodoxy.

Although almost every Japanese person will claim to understand the feeling of wabi-sabi — it is, after all, supposed to be one of the core concepts of Japanese culture — very few can articulate this feeling.

Most Japanese never learned about wabi-sabi in intellectual terms since there are no books or teachers to learn about it from. This is not by accident. Throughout history a rational understanding of wabi-sabi has been intentionally thwarted by:

Wabi-sabi can be called a “comprehensive” aesthetic system. Its world view, or universe, is self-referential. It provides an integrated approach to the ultimate nature of existence (metaphysics), sacred knowledge (spirituality), emotional well-being (state of mind), behaviour (morality), and the look and feel of things (materiality). The more systematic and clearly defined the components of an aesthetic system are, the more useful it is.

Things are either devolving toward, or evolving from, nothingness – e.g. a simple grass hut may be fashioned from a bed of rushes and while the hut will eventually disappear it will remain in the memory of the person who made it or those who are told of it. Wabi-sabi in its purest form is precisely about these delicate traces at the borders of nothingness. Instead of being empty space, as in the West — nothingness is alive with possibilities.

All around, no flowers in bloom
Nor maple leaves in glare,
A solitary fisherman’s hut alone
On the twilight shore
Of this autumn eve.

“Modernism” is another complex term that cuts a wide path across art and design history, attitudes, and philosophy but can serve as a useful benchmark in 20th-century industrialised society against which to compare what wabi-sabi is and isn’t (think about the type of pieces you see in the MoMA).

Beauty at the edge of nothingness

Wabi-sabi is the antithesis of the Classical Western idea of beauty as something perfect, enduring, and monumental. In other words, wabi-sabi is the exact opposite of what slick, seamless, massively marketed objects, like the latest iPhone, aesthetically represent.

We often tacitly define beauty as perfection objectified. But somewhere buried in our psyches is the realisation that being human fundamentally implies being imperfect. So when someone suggests that imperfection may be just as beautiful—just as valuable—as perfection, it is a welcome acknowledgement.