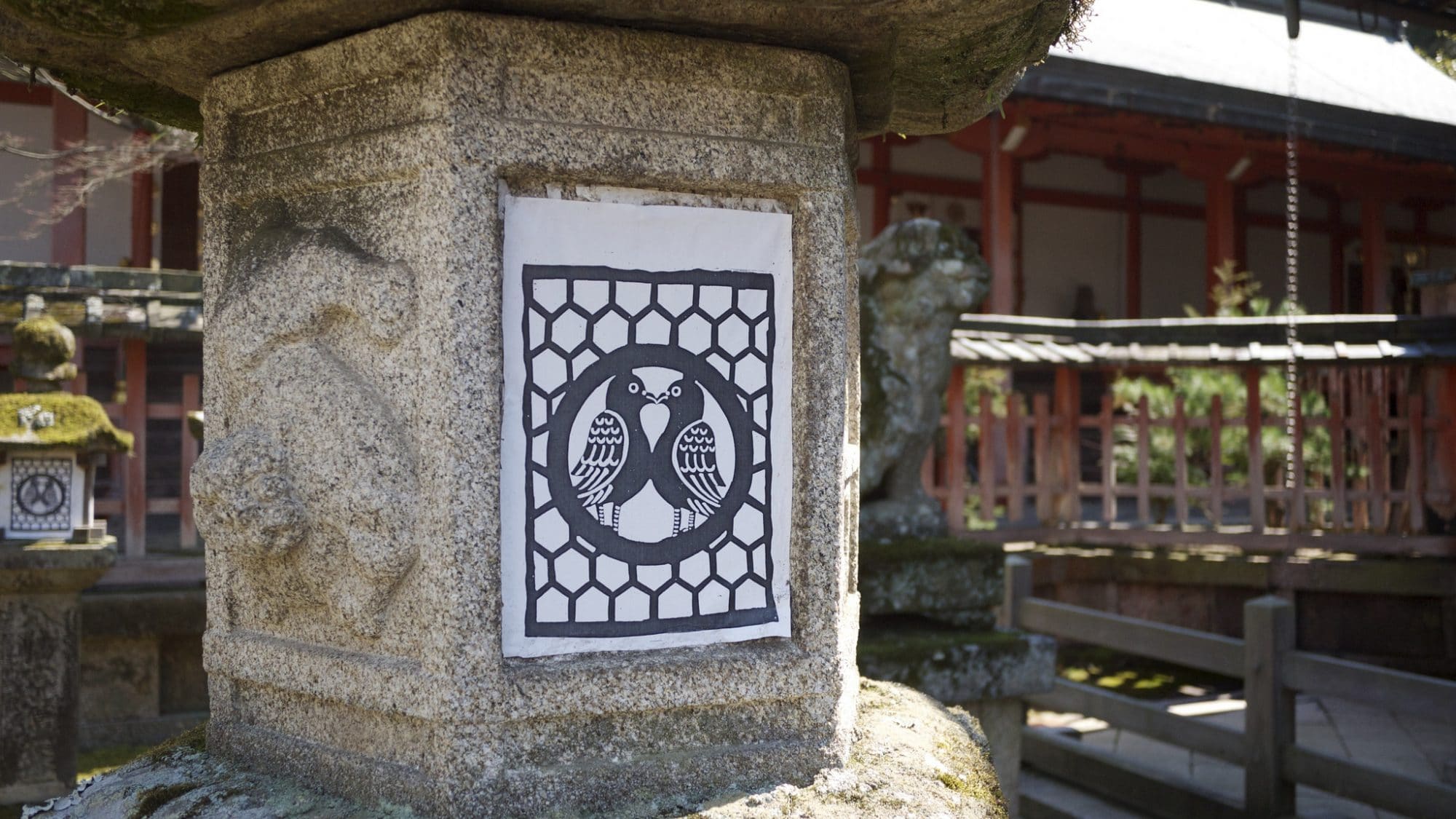 Although only 45 mins away from Kyoto by train, Nara (奈良市) is often overlooked by time-pressed travellers but, as Japan’s first permanent capital with over 1300 years of history, it’s worth the short diversion. After a chilly trip to Kyoto back in March, I spent half a day exploring it on foot.

I noticed that many of the stone lanterns had paper windows fixed over their aperture, decorated with writing or illustrations. Presumably, this is used to stop the wind from extinguishing the naked flame, but if anyone knows better please leave a comment below.

A little further on I came across the belfry of Tōdai-ji which contains an enormous 26-ton bell almost 4 m tall and 3 m wide.

According to records, more than 2,600,000 people helped construct the Great Buddha and its Hall. The 16 m high statue was built over three years, the head and neck being cast together as a separate elements.

Outside the main hall is the ever-so-slightly creepy-looking wooden statue of Binzuru (賓頭盧 or Pindola) seated in the lotus position. Statues of him are usually well-worn since the faithful follow the custom of rubbing a part of the effigy corresponding to the sick parts of their bodies, as he is reputed to have the gift of healing. The red bib is worn as an offering to watch over the health of babies.