The London Underground (or the “Tube” as we like to call it here) has arguably the most iconic map in the world. The circuit-diagram style map invented by Henry Beck in 1933 paved the way for the way in which most modern metro/subway systems portray their transit networks today. Its success in aiding the traveller to find their way from A to B is a testament to its simplicity and as the saying goes “it it ain’t broke, don’t fix it“.

As the underground has expanded and changed over the years so Transport for London has updated and tweaked the map. Fair enough, but unfortunately it appears that their designers have got a bit carried away and with every new version it seems to be getting more and more complex and cluttered. 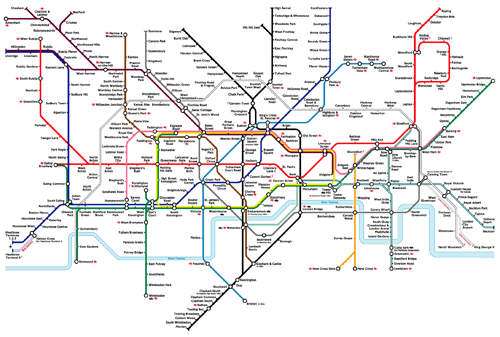 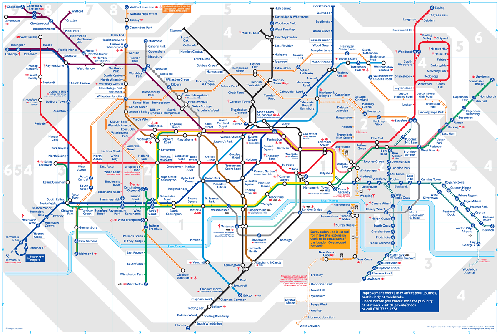 I think you’ll agree that the differences are striking. The main things which come to my mind:

So there you have it – how to ruin a design classic in four easy steps!

Update (12 Oct 2009): TfL has introduced a new map which addresses a lot of these issues. I’ve reviewed it here.