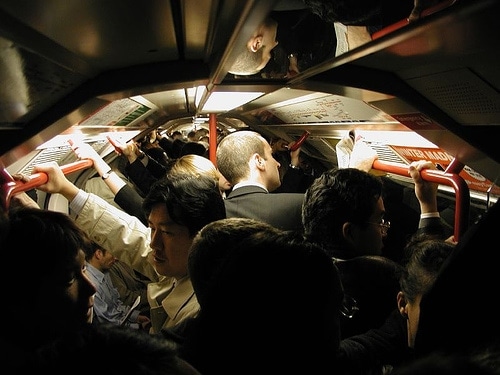 It’s called the tube for a reason!

Some hilarious news I came across tonight – Emma Clarke, the voice on the London Underground announcement system has been fired for recording and posting some spoofs on her own website. Although the site has been crippled by people trying to access it I found them elsewhere and here are a few I found particularly funny –

“We’d like to remind our American tourist friends that you are almost certainly talking too loud.”

“Passengers are reminded that a smile is actually a friendship signal, not a sign of weakness.”

“Passengers should note that the bearded gentleman’s rucksack contains the following items only: Some sandwiches, a library card and a picture of a bare ankle and is no cause for concern.”

“Would the gentlemen in the pinstripe suit and £1000 glasses who obviously works in the media, please take one step forward on to the track as the train arrives. Thank you.”

I think instead of firing her they should commission some more to be randomly played between stops – it would certainly make the hellish nightmare of tube travel a little more bearable!

Download the rest of the announcements here (n.b. some are a little risque).