I was mulling over the technological progress which has been made over my lifetime so far and contemplating where it will take us in the future when it hit me that most of the “sci-fi” type developments predicted will only start to appear around the time that our generation is turning out the lights (taking into account that we live a bit longer than our parents). Will we see a person walk on Mars or have a brain transplant in our lifetime? Unlikely, but will our children? Probably. The next 60-odd years will no doubt see some amazing advances though so I wouldn’t get too depressed about it just yet – that’s assuming climate change doesn’t get us first! 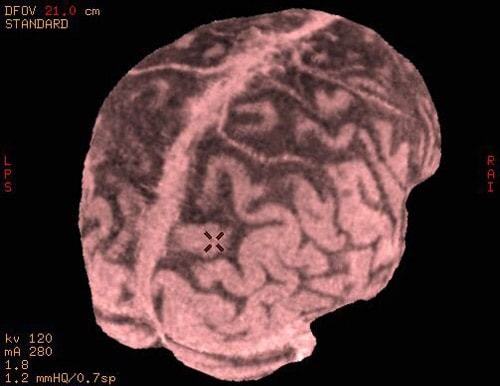 I predict that much of what is to come will be driven by the deconstruction of our own physiology that we will mirror in machines/software which closely integrates with our own bodies as physical and virtual extensions of ourselves. This will redefine the notion and perception of consciousness and ultimately reality itself (is a virtual experience any less real than a physical one?). The process will not happen overnight and will be fraught with ethical issues as to how such technology should be used/controlled.

“It can also be argued that DNA is nothing more than a program designed to preserve itself. Life has become more complex in the overwhelming sea of information. And life, when organized into species, relies upon genes to be its memory system. So, man is an individual only because of his intangible memory… and memory cannot be defined, but it defines mankind. The advent of computers, and the subsequent accumulation of incalculable data has given rise to a new system of memory and thought parallel to your own. Humanity has underestimated the consequences of computerization.”

While this may seem rather far-fetched we are already only one degree of separation away from realising a physical connection between man & machine. Already devices like iPhones and Blackberries give us a constant connection to an endless sea of information wherever we may happen to be, albeit currently limited by bandwidth. In a world where being offline has become synonymous with being out-of-touch dependence has crept up on us without us even noticing. Social networks are the precursor, or virtual toe-in-the-water, to forging our digital identities and relationships with others in a world no longer constrained by boundaries or borders. Exciting but somewhat daunting at the same time.

“If a technological feat is possible, man will do it. Almost as if it’s wired into the core of our being.”

Those who yearn after “the good life” will no doubt not be particularly enamoured by this vision of the future but I would seek to put it in perspective: humans have long pushed back the boundaries of exploration, be it mapping the world’s continents or landing on the moon, and to my mind, this is the next logical step in our evolution as the world homogenises and our understanding of it increases. Added to this with the inevitable increase in population and growing scarcity of resources technology becomes even more important in providing solutions.

“All things change in a dynamic environment. Your effort to remain what you are is what limits you.”