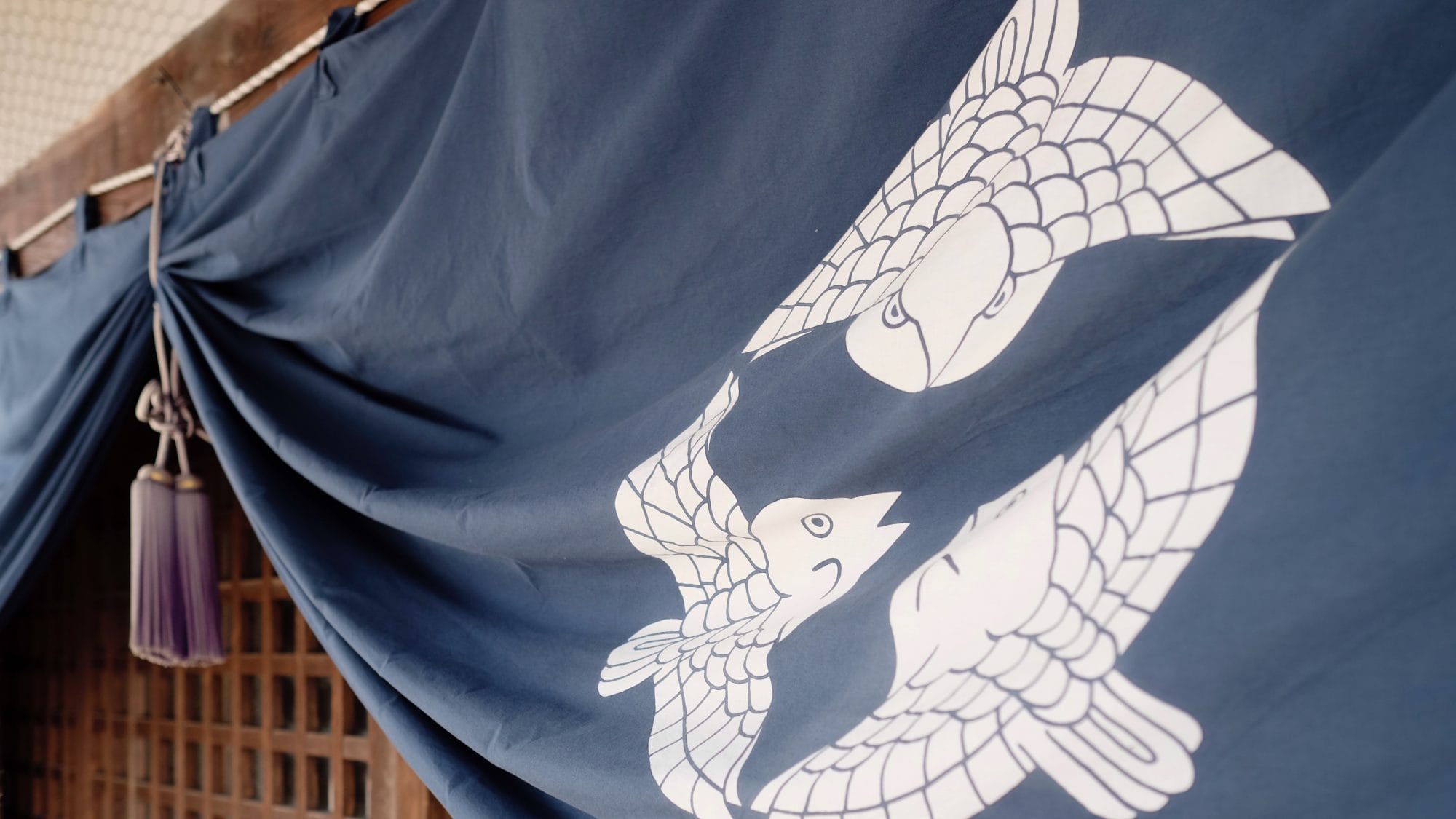 With anticipation of the end building, I didn’t get a lot of sleep last night and so it was an effort to drag myself out of bed this morning. Thankfully the sky was looking clear and bright.

On the way out of Takamatsu, following the busy Route 11, I glimpsed a fleet of nationalist propaganda trucks. It’s not uncommon to see these things rolling around the streets of Tokyo blaring racist comments about foreigners from their loudspeakers.

The ascent to Yashima-ji (屋島寺 – 84) follows a steep concrete path which was pretty exhausting to my sleep-deprived body and mind.

Upon arrival at 8.30 am the first thing I noticed was that painted in red, Yashima-ji’s 14th-century main hall looked more like a Chinese temple.

Turns out it was founded by Ganjin (鑒真), a Chinese monk who helped to propagate Buddhism in Japan.

The mountain was the site of a major battle between warring clans during the 12th century and near the temple is Rurihō-no Ike pond, also called the “Pond of Blood” because warriors washed their bloody swords in it.

On the slippery path down I got a good view of the next mountain I’d have to climb to reach Yakuri-ji (八栗寺 – 85). Both are under 300m so pretty easy compared to others.

It took an hour and a half to cross the gap and hike up to the temple, another steep climb running parallel to the cable car. The peak provided a good view back in the opposite direction.

Yakuri-ji is a beautiful mountaintop temple with an elegant thatched hall at its centre. Before carrying out the temple rites I sat down on a bench for a break and ate a cereal bar like I do most days at 11 am.

Heading south along the main road, I reached Shido-ji (志度寺 – 86) around 12.30 pm, first stopping for lunch at a roadside family restaurant.

Shido-ji’s grounds were a shambles with overgrown gardens and most of the buildings propped up by makeshift supports. It’s the only temple of the 88 that I’ve seen in such a bad condition. I wonder what the story is here?

On the way to Nagao-ji (長尾寺 – 87) the road passes by the aptly named Orange Town which has a Hollywood esq sign on the side of a hill. No prizes for guessing what the main industry here is.

Arriving shortly after 3 pm the temple was pretty quiet and I completed the rites quickly. I was fading fast but luckily had found a minshuku right outside the temple gates (Nagao-ji).

After checking in I took a shower and immediately collapsed on the tatami futon, sleeping for an hour before venturing to a nearby Lawson for some supplies.

By now the sun was waning and I popped back into Nagao-ji for another look before heading back to the minshuku for a nice dinner.

Heavy rain is scheduled for tomorrow so the final ascent to Ōkubo-ji (大窪寺 – 88) is going to be interesting. I’m not feeling terribly emotional about it yet but we’ll have to see what the day brings.