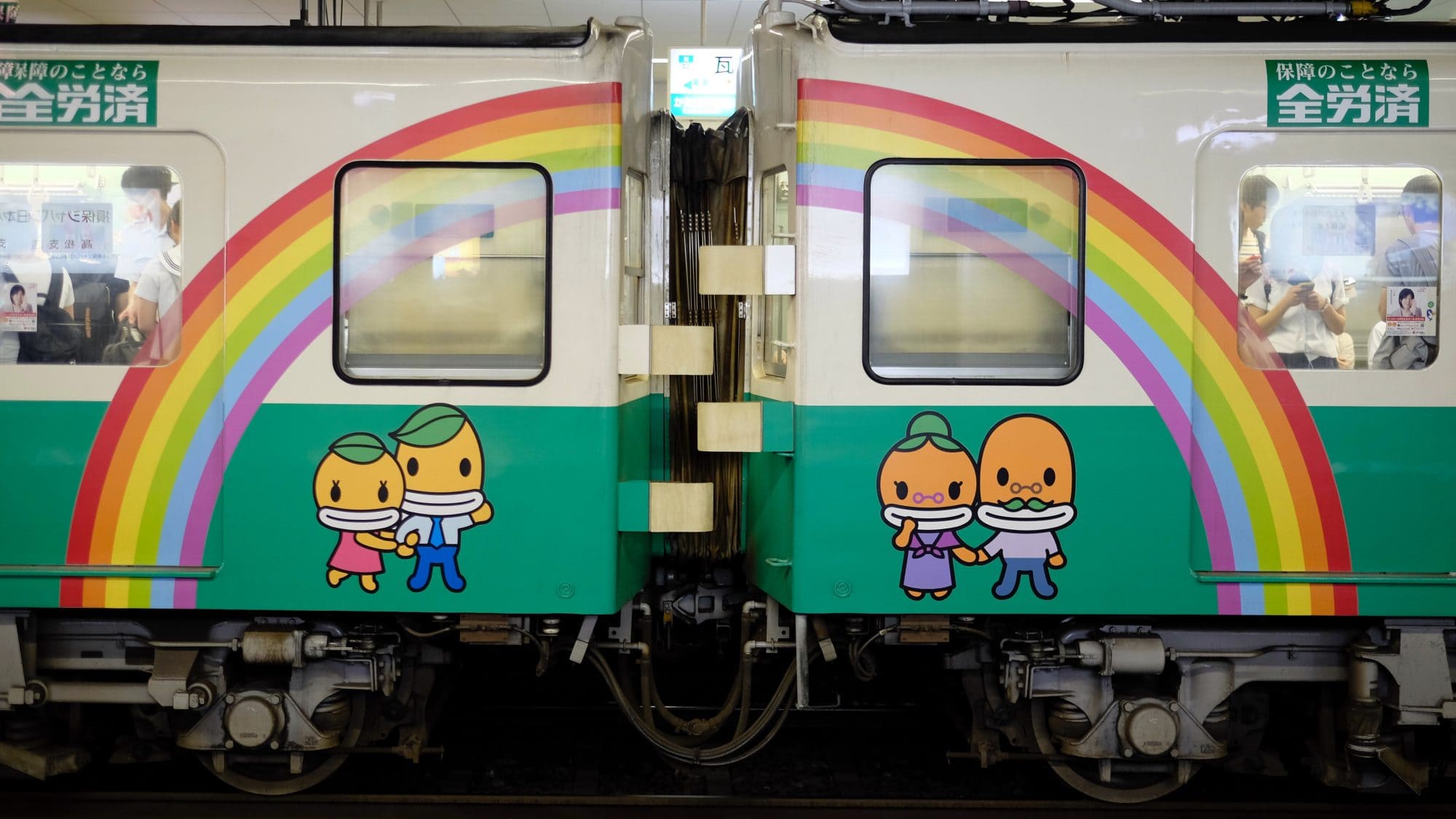 After a sound nights sleep at Goshikidai hut I woke with the sunrise to a much-improved weather situation and was feeling good.

A short distance later I came across a row of headstones lined up at the side of the trail. I think they were for henro who had perished on their journey.

Whoever they were, they had a fine view out over the valley towards Takamatsu City.

Nearby children were steaming into Takamatsu-nishi High School. I noticed some reading their textbooks as they walked up the hill!

Having crossed over the Yosan train line, just past Iwata Shrine I heard a voice call out Ohenro-San. Turning around I saw a group of older folk sitting beside what turned out to be a rest space for pilgrims.

Inside they served me a glass of cold water and picked ume plums. They asked the usual questions and I tried to translate some of the comments people had left in English for them.

Next to Ichinomiya Junior High School I passed Takamatsu Ichinomiya hut (24), another nicely designed one in a quiet spot.

Ichinomiya-ji (一宮寺 – 83) was deserted when I arrived and it was nice not to have to negotiate any tour groups for once. I sat for a while just enjoying the peace and quiet.

For the next 1.5 hours, I was walking along route 172 which goes straight to Takamatsu City. Not the safest of roads since the hard shoulder is almost non-existent but there wasn’t too much traffic.

Arriving noon at the Parkside Takamatsu Hotel I dropped my pack off before wandering into Ritsurin Garden (栗林公園) which sits opposite.

Immediately after buying my ticket a volunteer walked up to me and offered to guide me around. He was so enthusiastic that I couldn’t turn him down and we set off together to explore the 17th-century garden using a mix of broken English/Japanese.

The garden was built by the feudal lord of Takamatsu in order to take advantage of the beautiful greenery of Mt. Shiun (Purple Cloud Mountain) as a backdrop.

It features a number of teahouses, carefully cultivated pine trees (hakomatsu) and various lakes with elaborate bridges, islands and viewpoints.

My guide, Shoji-San, had created a notebook in which he had made careful drawings of different aspects of the garden in order to illustrate things like the shapes of rocks and how the artificial waterfall worked.

The tour lasted about an hour and afterwards, I stopped at one of the pavilions for ice cream. It was another seriously hot day at nearly 30°C.

After checking into the hotel at 2 pm and having a shower, I headed out to explore downtown Takamatsu which was more lively than some of the cities I’d passed through recently.

For dinner, I ended up at a cosy cafe/restaurant called Umie in an industrial area by the port which is slowly being gentrified.

The food was great and it had a nice view out over the Yashima Plateau which protrudes into the Seto Inland Sea.

I have a big day ahead tomorrow with temples 84 through 87 lined up and fair weather if the forecast is to be believed.

With the end in sight, my mind has begun to wander towards what life will be like back in the “real world”. I think I’m going to have to ease myself back in gently but after this experience, nothing feels insurmountable.