In recent years my vacation time had become so compressed that there was rarely ever the time to take the scenic longer route anywhere. When it came to visiting Cambodia it would have been fastest to fly in via Bangkok or Ho Chi Minh but since I had managed to carve out two weeks of leave I instead opted to take the train. 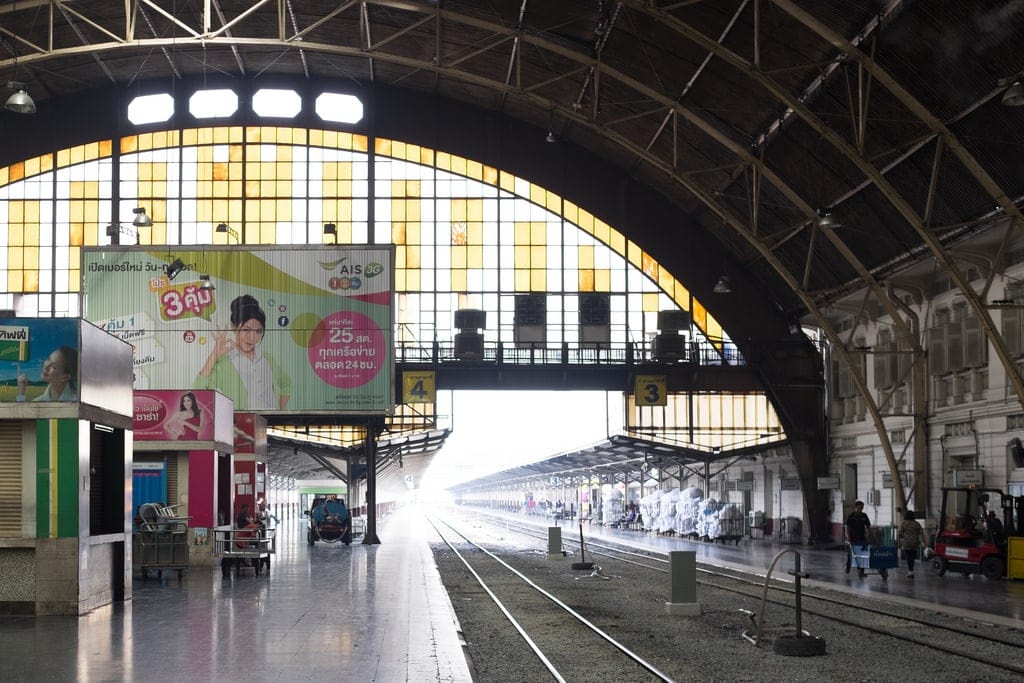 Whether it be on a classic steam locomotive through the Scottish Highlands or a sleek bullet train across Japan, there is something undeniably romantic about a long train journey. 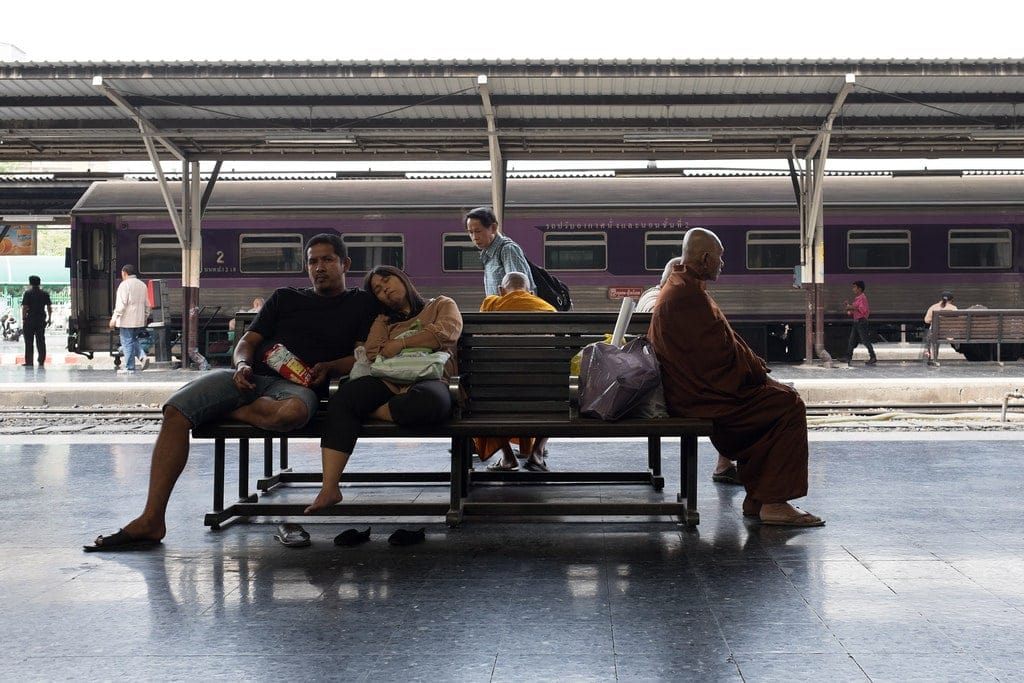 Departing from Bangkok’s main Hua Lamphong station at 05:55 every day the train takes around 6 hours to reach Aranyaprathet station, close to the Poipet Thai – Cambodia border crossing. A ticket only costs 48 baht (about £1) and doesn’t need to be booked in advance. 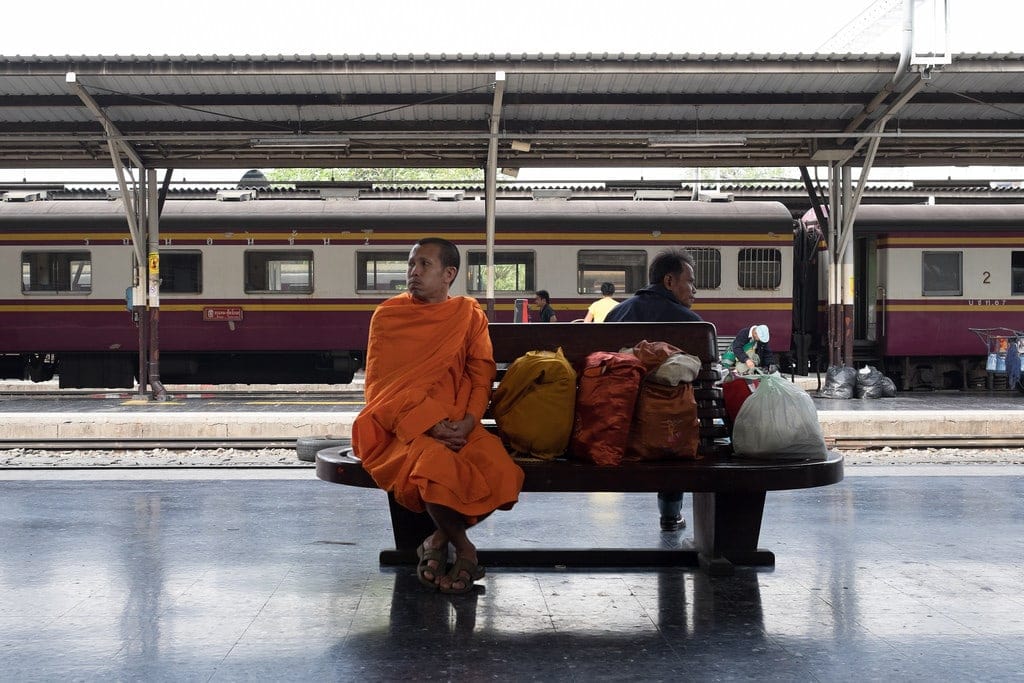 Since I was staying at a hostel nearby I decided to check out the station the day before and discovered a surprisingly tranquil transportation hub where nobody seemed in much of a hurry to get anywhere! 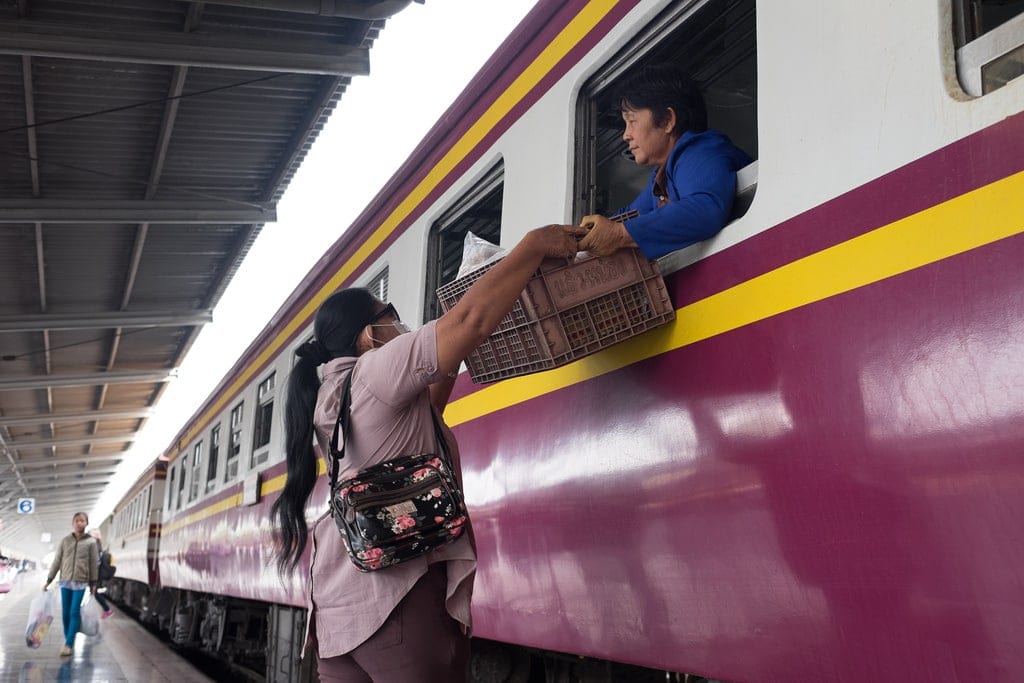 Women delivering food in crates through the windows. 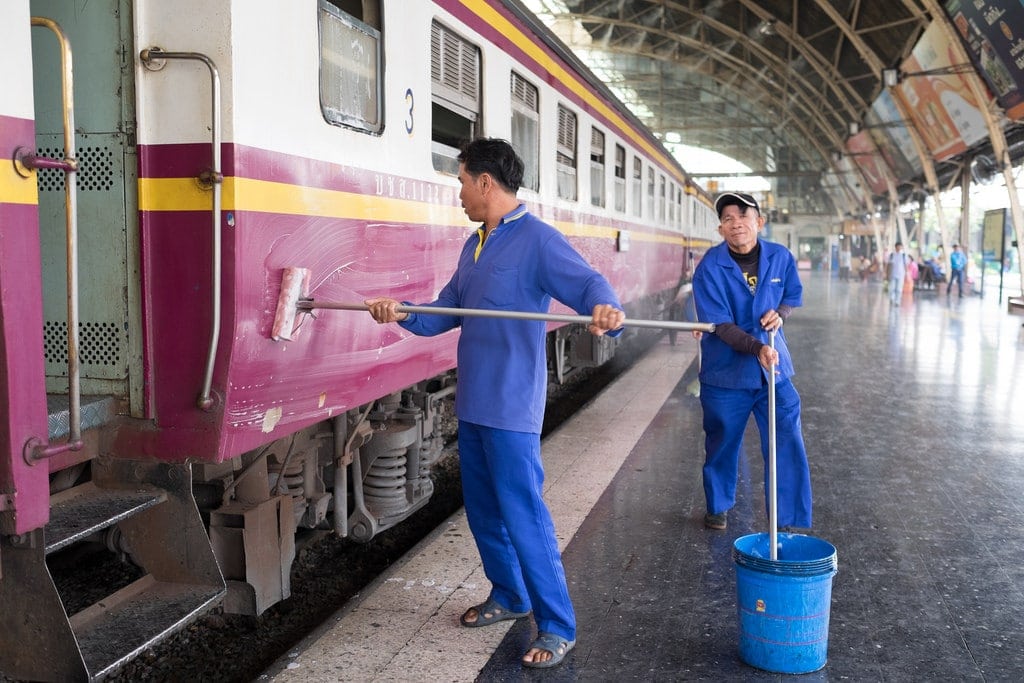 Men were cleaning the trains by hand. 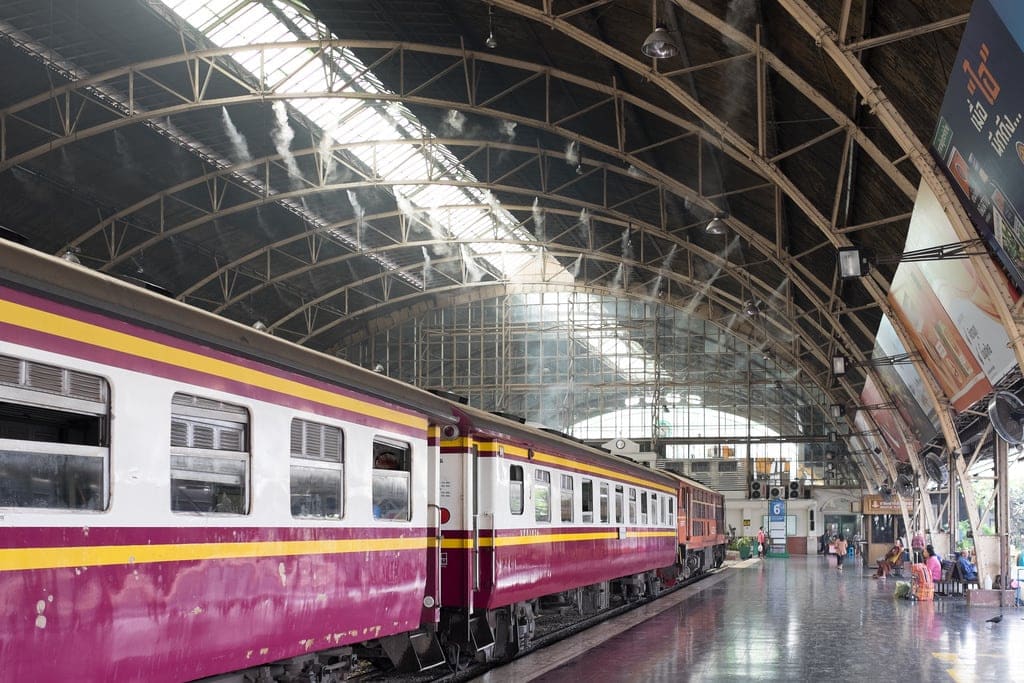 Mist sprays keeping the dust down. 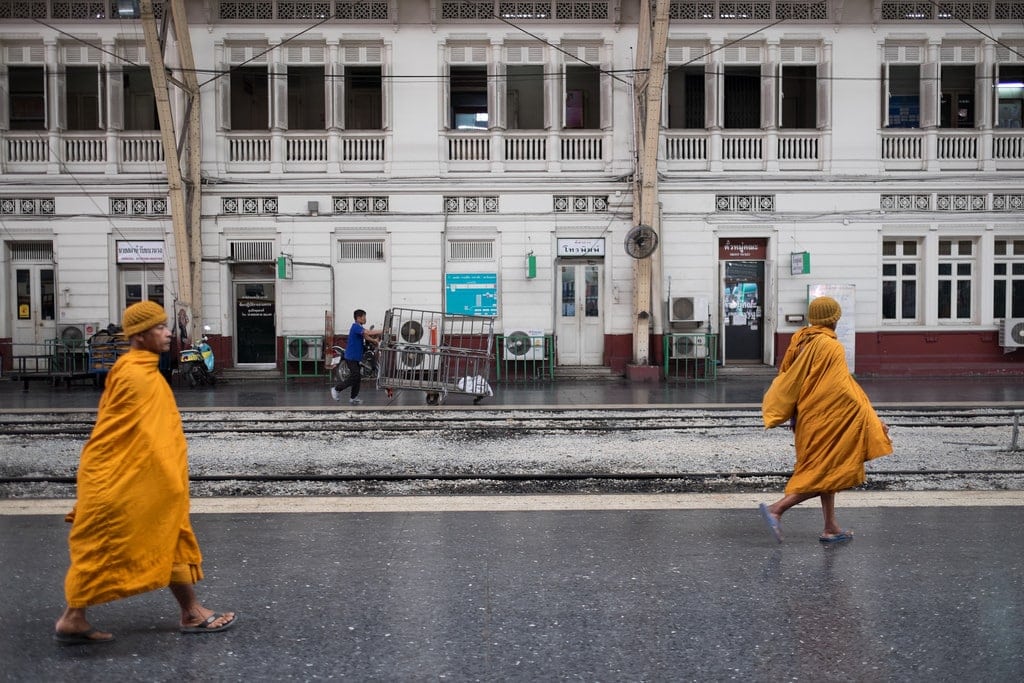 Monks going about their business. 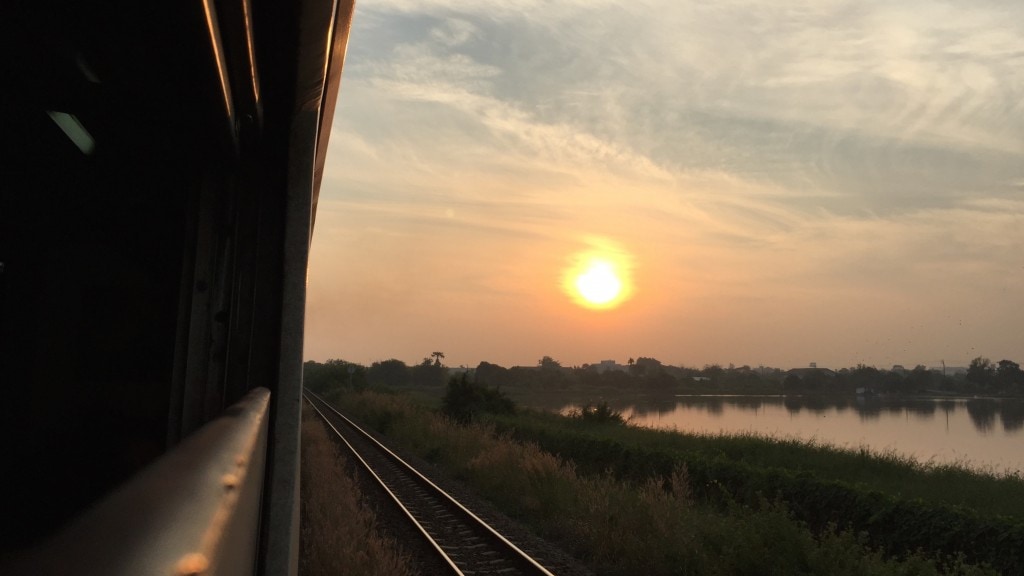 Having successfully caught the train the following morning the day greeted the train with a beautiful sunrise out over the fields as it rattled its way north-east. 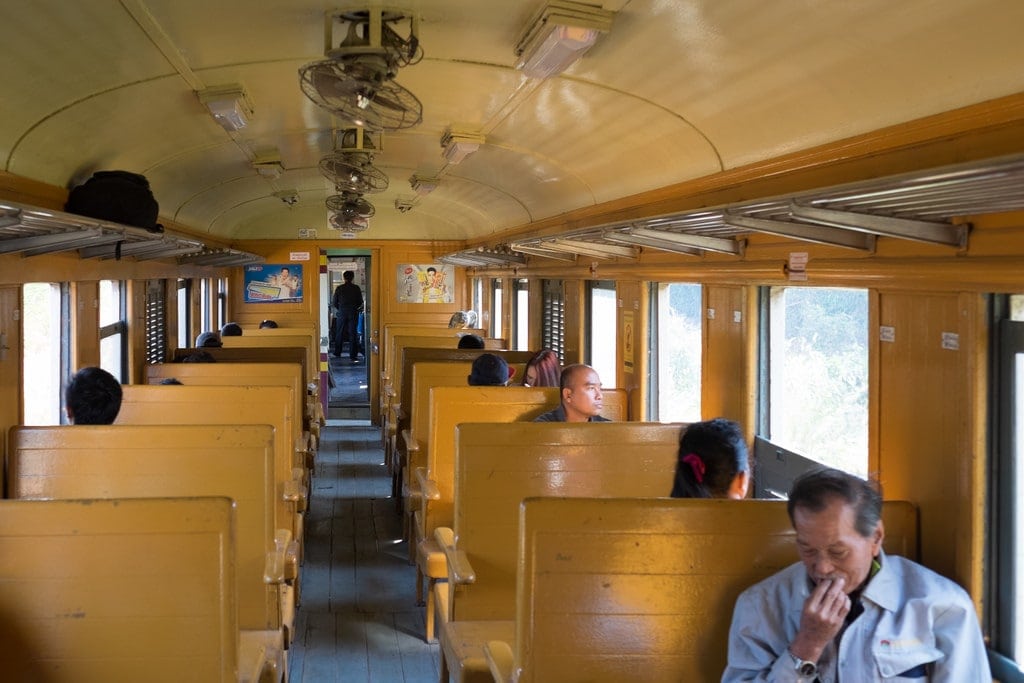 The train itself was a fairly rudimentary affair but its wooden seats and lack of doors gave it a certain charm while adding to the anticipation of the adventure ahead. 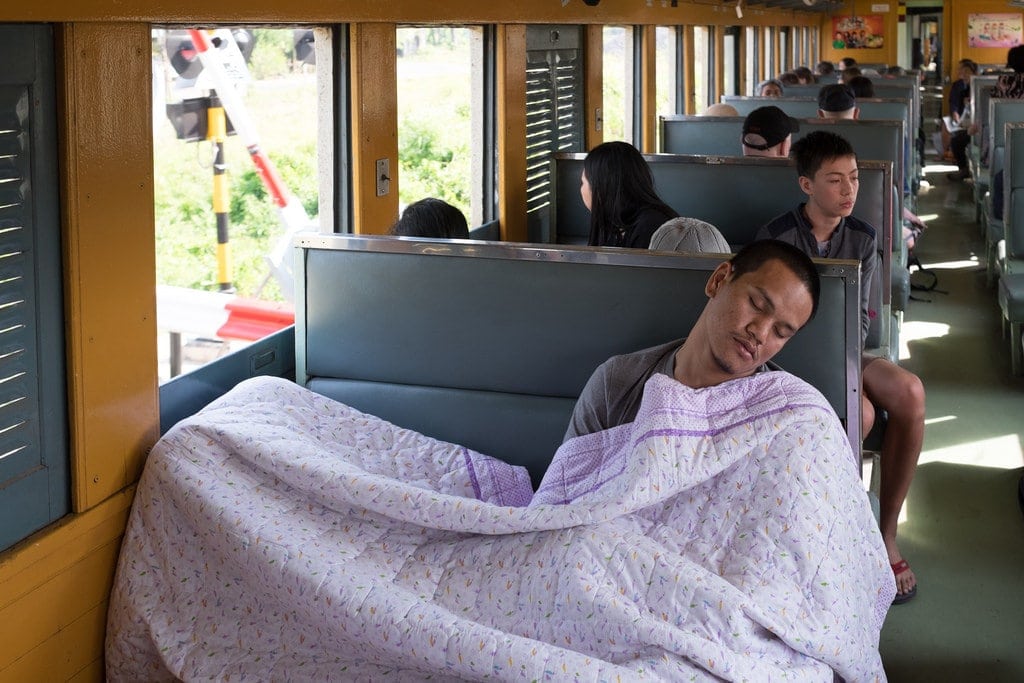 Wise locals brought their own bedding and settled in properly for the ride. 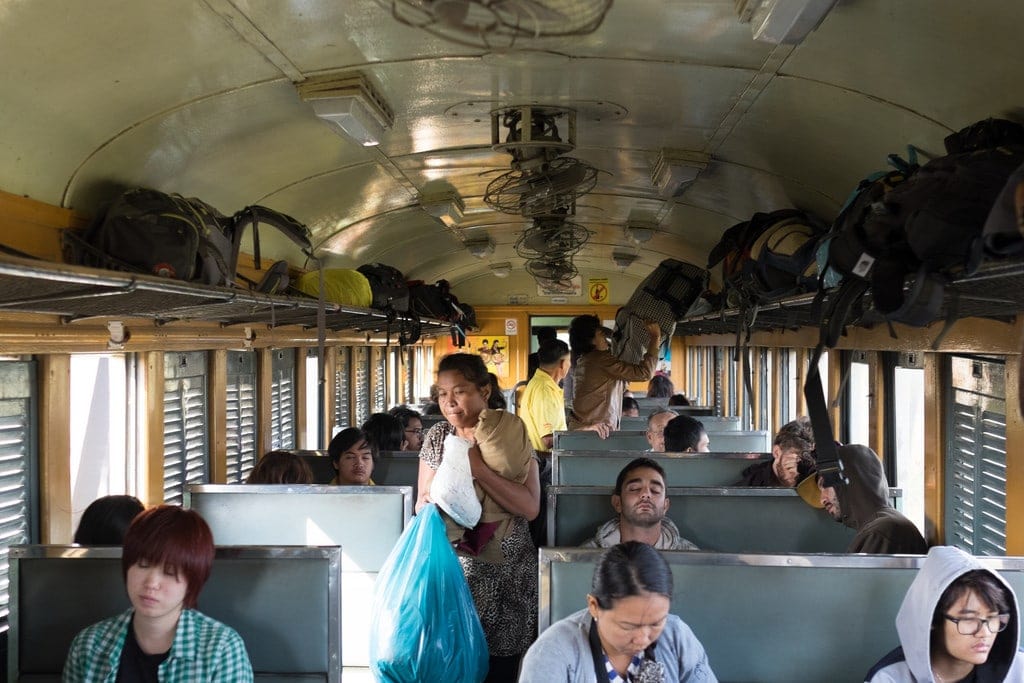 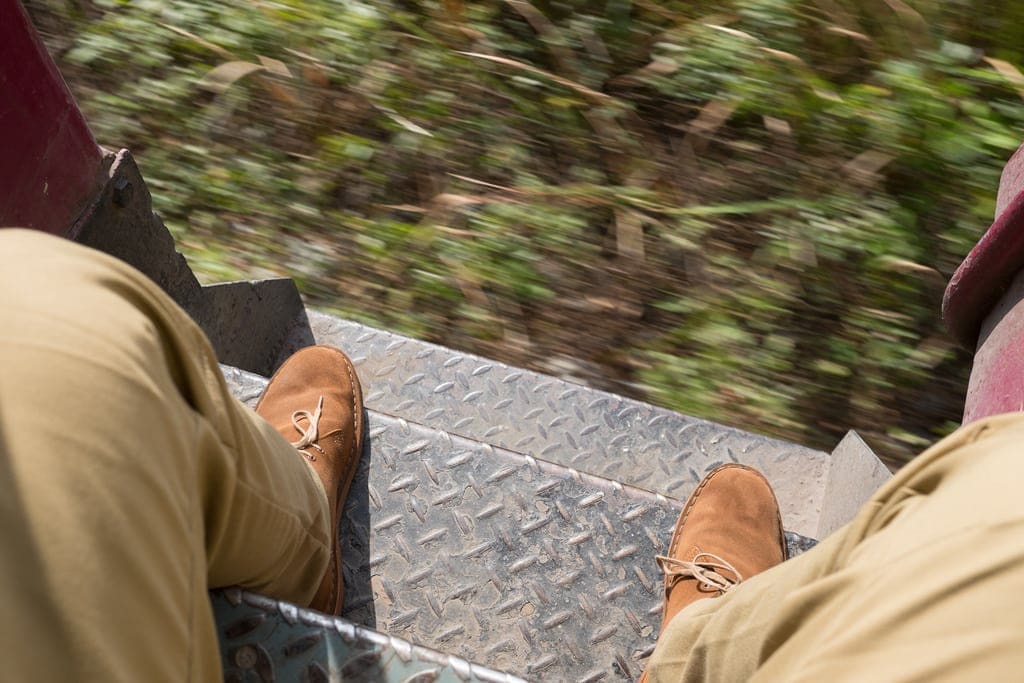 Sitting on the open doorstep as the world hurtled past outside I was reminded of how mollycoddled we are in modern life and how nice it is to escape every now and then. 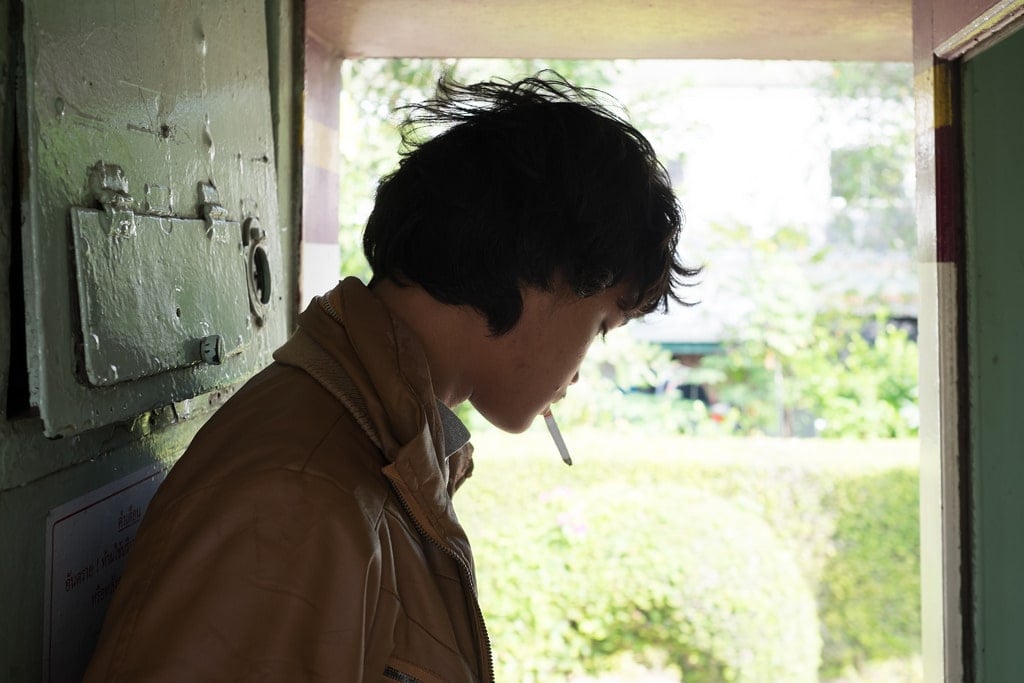 Once the train reaches Aranyaprathet its a short 6km tuk tuk ride to the border (being sure to say NO to the fake border on the way) where, once you pass through immigration on both sides, you can take a bus or taxi onto Siem Reap, Battambang or Phnom Penh. 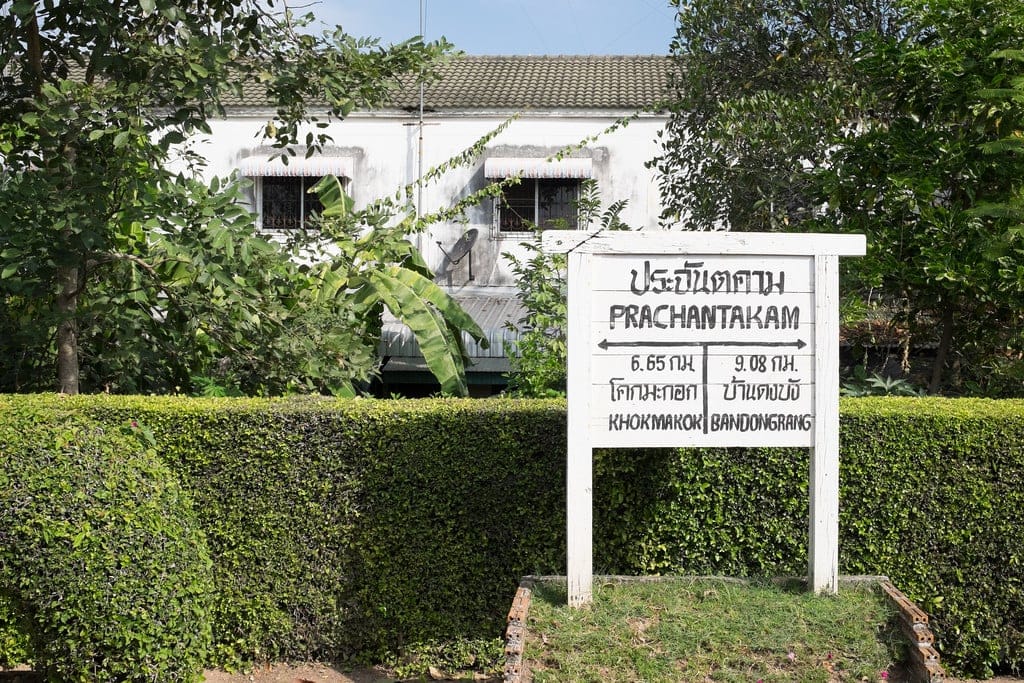 The Man in Seat 61 has a wealth of useful information about the whole journey which I would highly recommend reading if you’re planning to do the same.