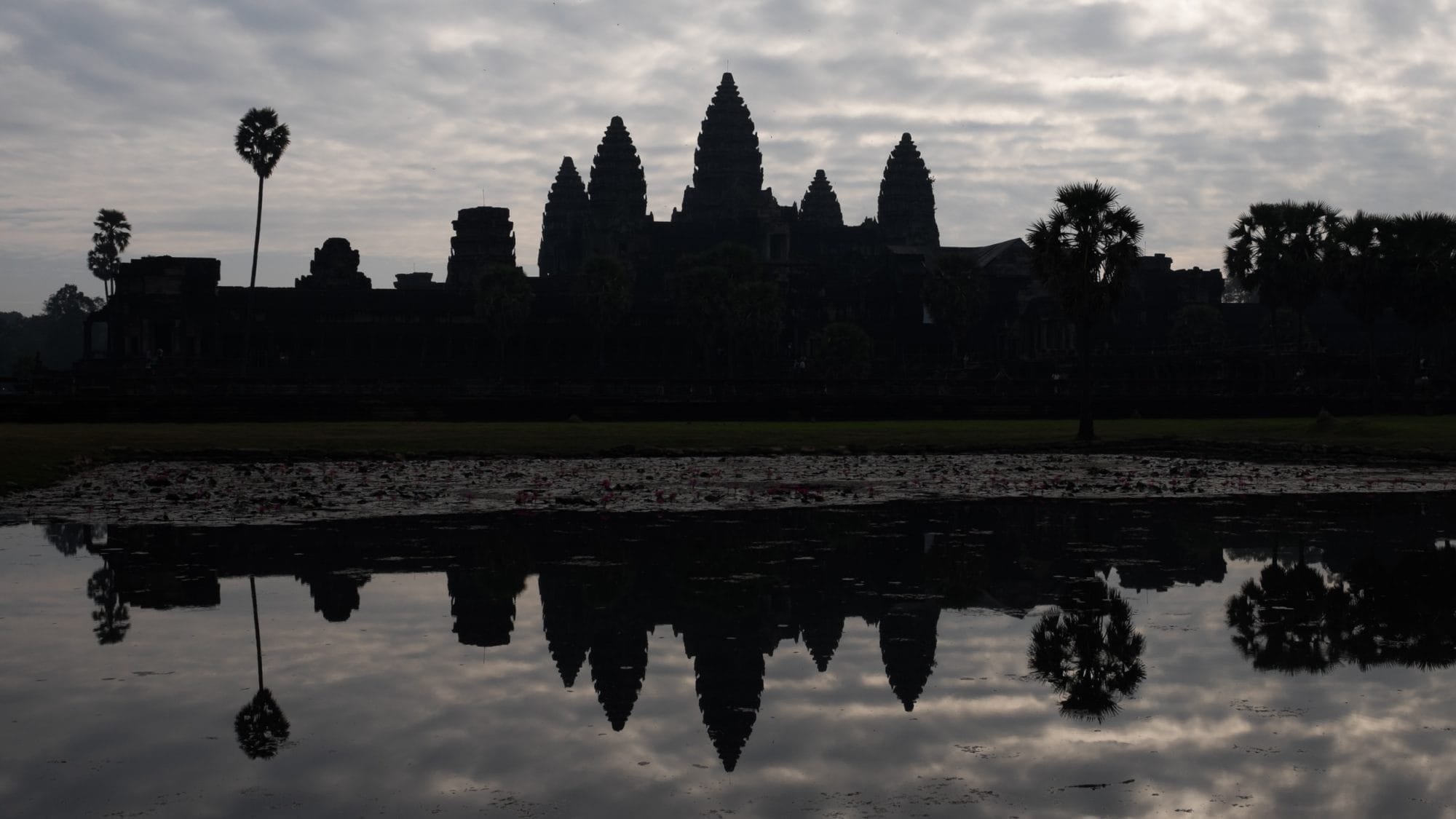 While Cambodia’s recent history has been fairly brutal, the country is probably best known for the sprawling ruins of the Khmer Empire which spanned the 9th to the 15th centuries and encompassed parts of modern-day Thailand, Malaysia, Burma, Laos, and Vietnam.

Situated in what was the largest pre-industrial city in the world, Angkor Wat (អង្គរវត្ត) is the largest religious monument in the world and often first on any traveller’s itinerary. Angkor itself is close to the modern town of Siem Reap.

Frankly, my photos don’t do justice to the enormity of the structure which was built in the 12th century by King Suryavarman II who conceived of it being both a place of worship and also a mausoleum for himself after death.

In the 13th century, Angkor Wat gradually moved from Hindu to Buddhist use, which continues to the present day. Although it was somewhat neglected after the 16th century it was never completely abandoned, its preservation being due in part to the fact that its moat also provided some protection from encroachment by the jungle.

Angkor Wat is designed to represent Mount Meru, the home of the gods, with the central quincunx of towers symbolising the five peaks of the mountain, and the walls and moat of the surrounding mountain ranges and ocean.

Access to the upper areas of the temple was progressively more exclusive, with the laity being admitted only to the lowest level. The very steep stairways represent the difficulty of ascending to the kingdom of the gods.

Today any old riff-raff can climb to the dizzying heights but women are required to cover up and hats must be removed. The view is well worth any inconvenience.

While at a glance you might be forgiven for thinking that the Khmer invented concrete, the structure is in fact made of millions of tonnes of sandstone. The blocks were presumably put in place by a combination of elephants, ropes, pulleys and bamboo scaffolding. Holes on some of the walls indicate that they may have been decorated with bronze sheets.

The overwhelming scale of the complex and its position in the lush forest gives Angkor Wat an immediate sense of historical gravity which is as awe-inspiring today as it must have been at its zenith (albeit for different reasons).

Galleries on the lower levels are adorned with extensive bas-reliefs depicting episodes from the Hindu epics of the Ramayana and the Mahabharata as well as numerous devatas (Hindu gods).

A word of warning to would-be visitors; while the done thing is to get up at dawn to see the sunrise over the temple, the experience really isn’t that special when you’re surrounded by hundreds of selfie-stick-wielding tourists doing the same thing. Far better to wait till late morning or afternoon and then enjoy the place to yourself.