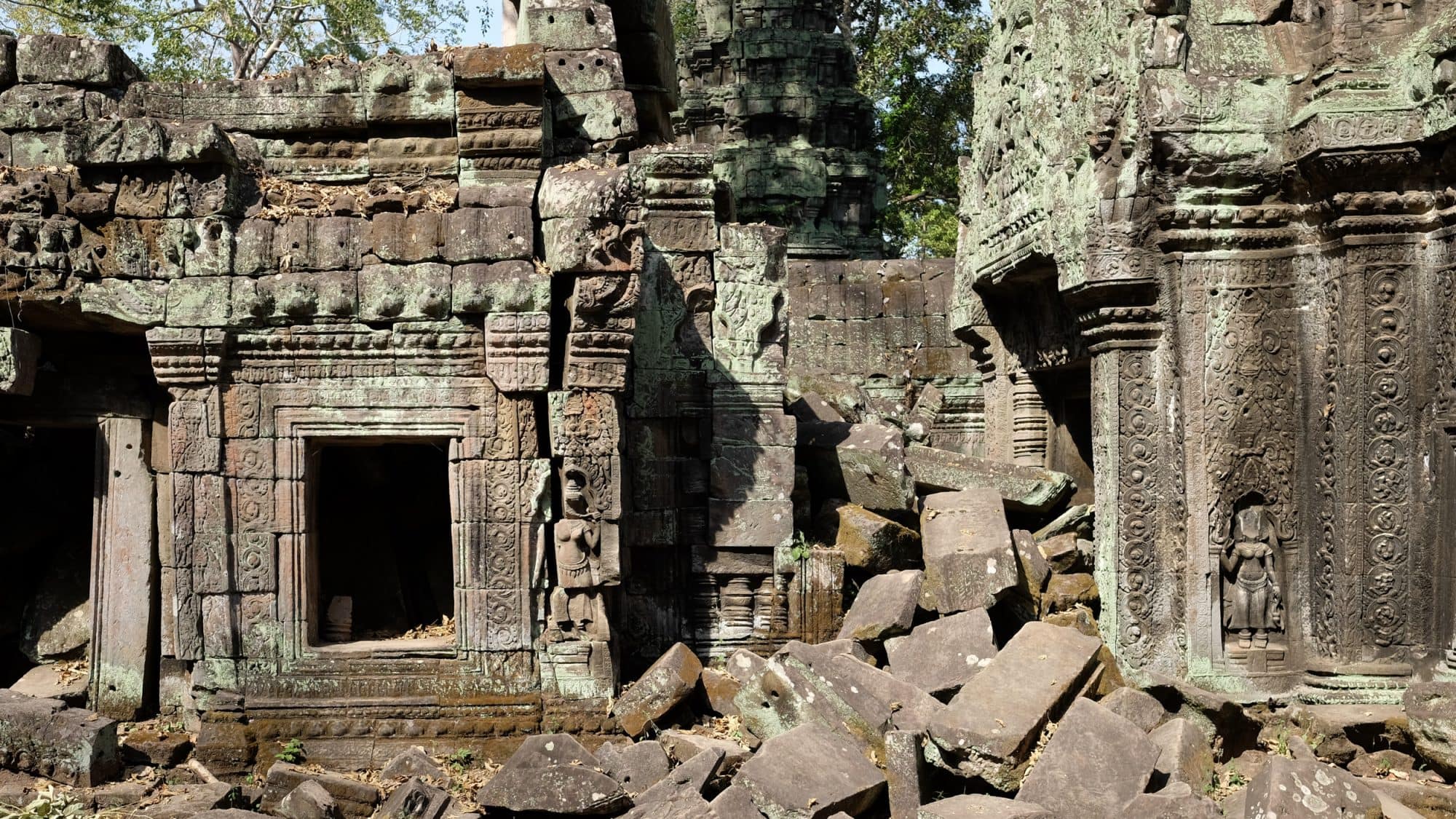 Located around one kilometre east of Angkor Thom, Ta Prohm (ប្រាសាទតាព្រហ្ម) was founded by the Khmer King Jayavarman VII as a Buddhist monastery and university.

The design of Ta Prohm is that of a typical “flat” Khmer temple (as opposed to a temple-mountain, the inner levels of which are higher than the outer). Five rectangular enclosing walls surround a central sanctuary.

The site was home to more than 12,000 people, with an additional 800,000 people in the surrounding villages working to provide services and supplies. The temple amassed considerable riches, including gold, pearls and silks.

After the fall of the Khmer Empire in the 17th century, the temple was abandoned and neglected for centuries.

When the effort to conserve and restore the temples of Angkor began in the early 21st century, the École française d’Extrême-Orient (EFEO) decided that Ta Prohm would be left largely as it had been found, as a “concession to the general taste for the picturesque”.

While work has been done to stabilise the ruins and permit access, enormous fig, banyan and kapok trees have been left intertwined with the ruins, making it one of the most atmospheric and ethereal Angkorian temples.

While the temple is very popular, most visitors follow a central route and if you want to avoid the hordes of selfie-stick-wielding masses, the sides of the complex can be surprisingly quiet.

The conservation and restoration of Ta Prohm is being carried out in partnership with the Archaeological Survey of India which is painstakingly reconstructing the huge piles of broken stonework, much of it seemingly from scratch.