Situated in the north-east of Beijing lies the Yonghegong temple and monastery of Tibetan Buddhism, being one of the largest and most important in the world. Having also survived the Cultural Revolution it’s now open to the public and on a bitterly cold Sunday morning last weekend I ventured there to watch the hordes of people coming to pay their respects on the final day of the Spring Festival. 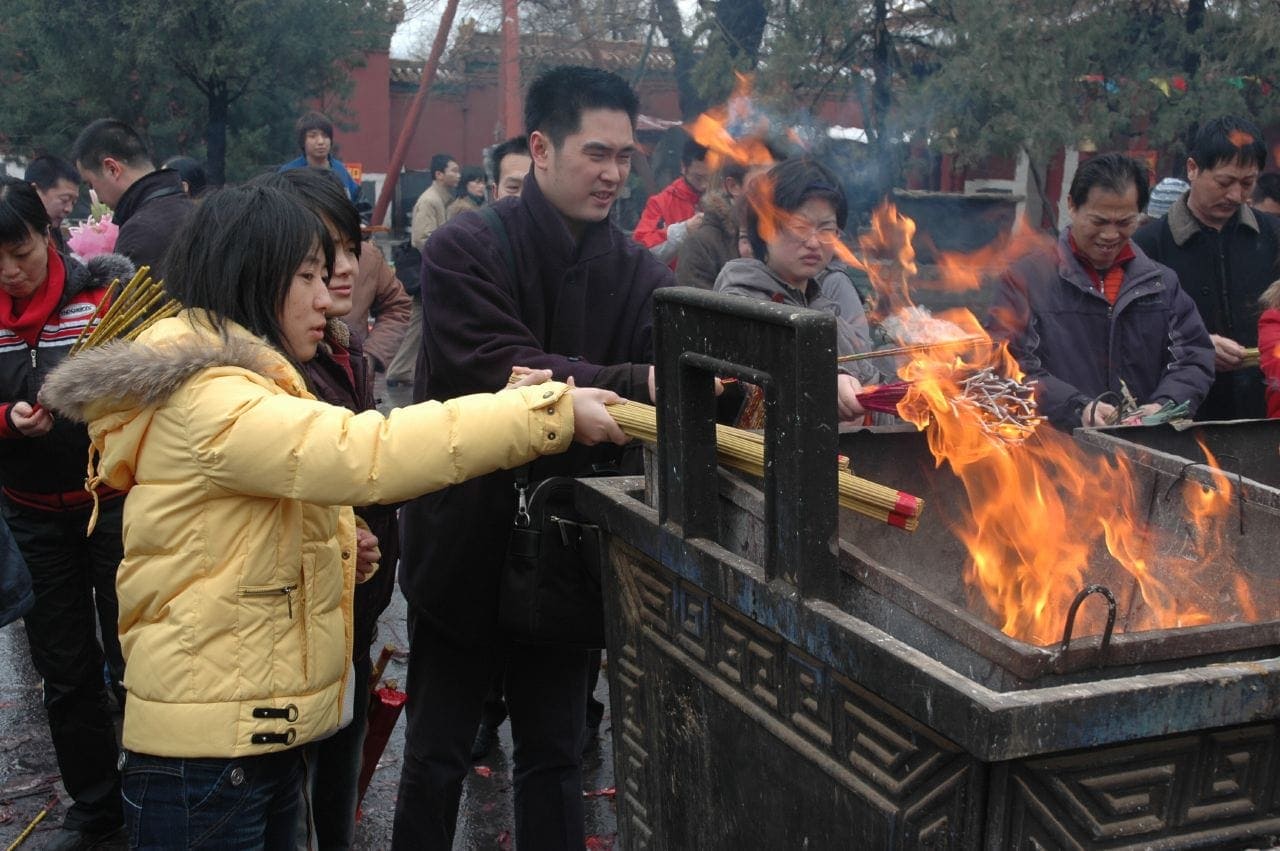 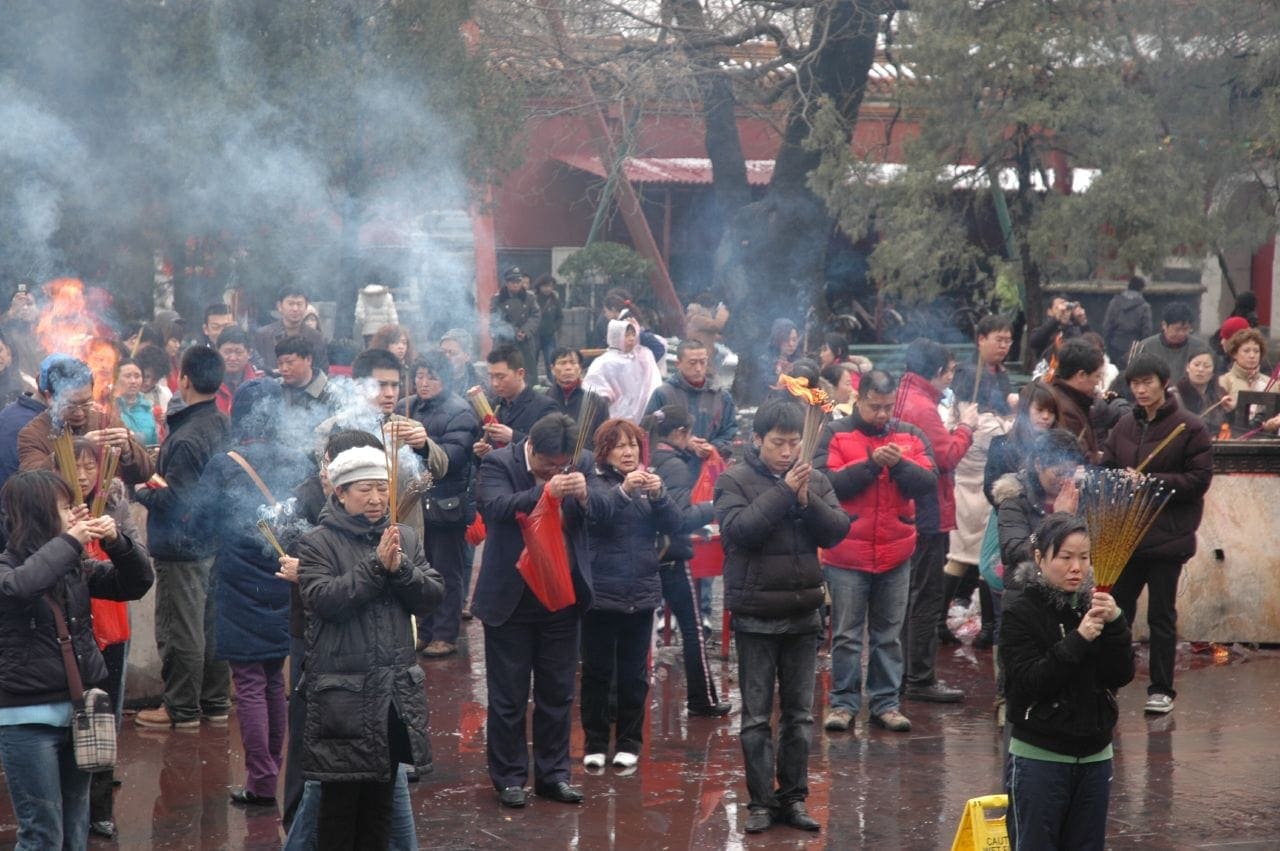 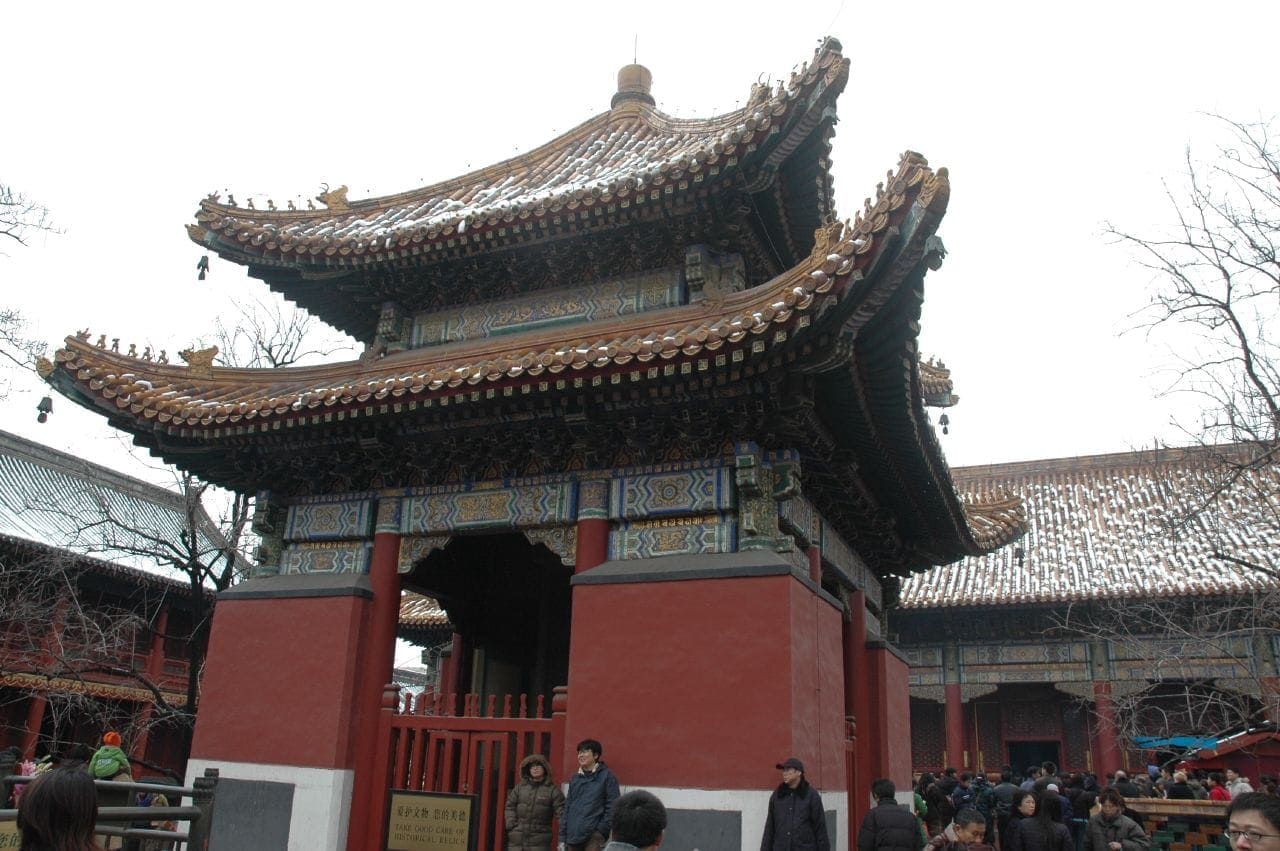 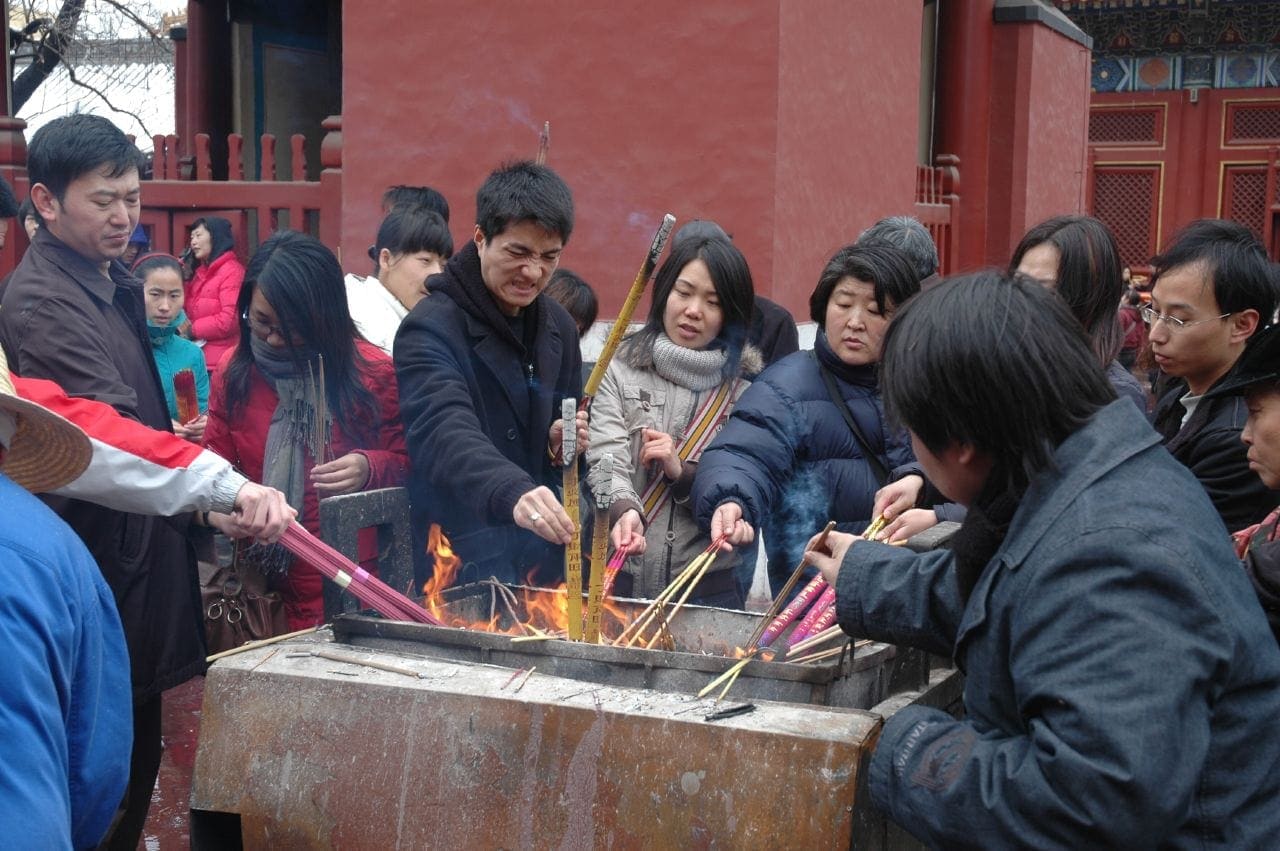 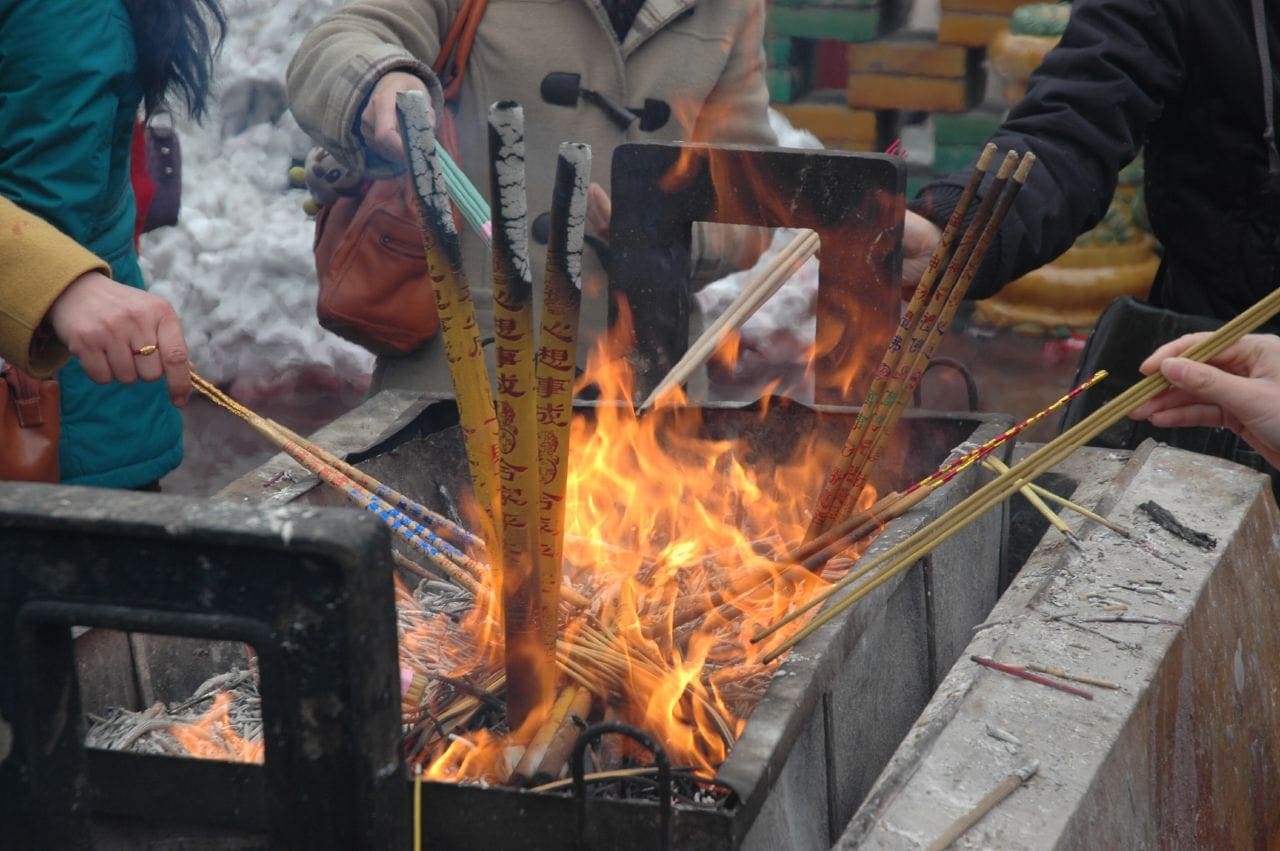 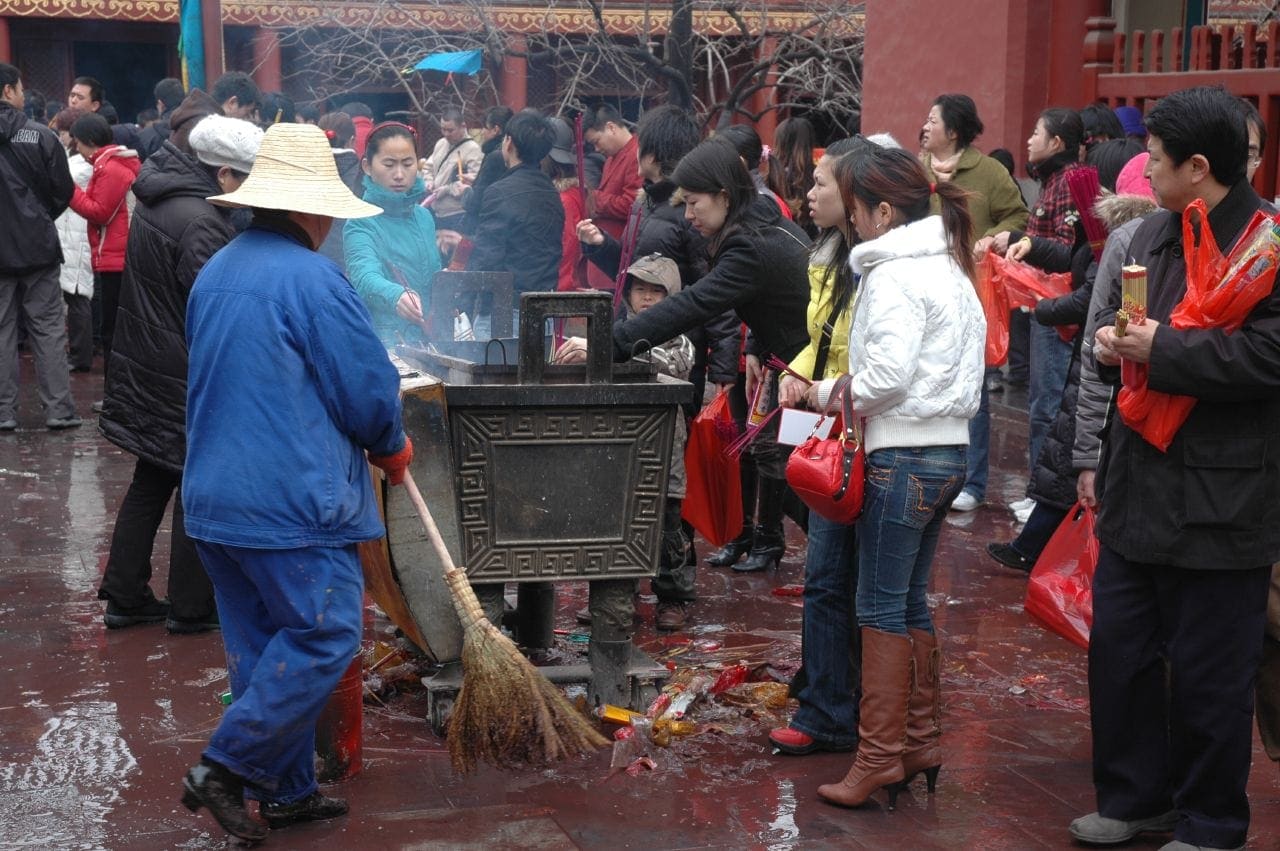 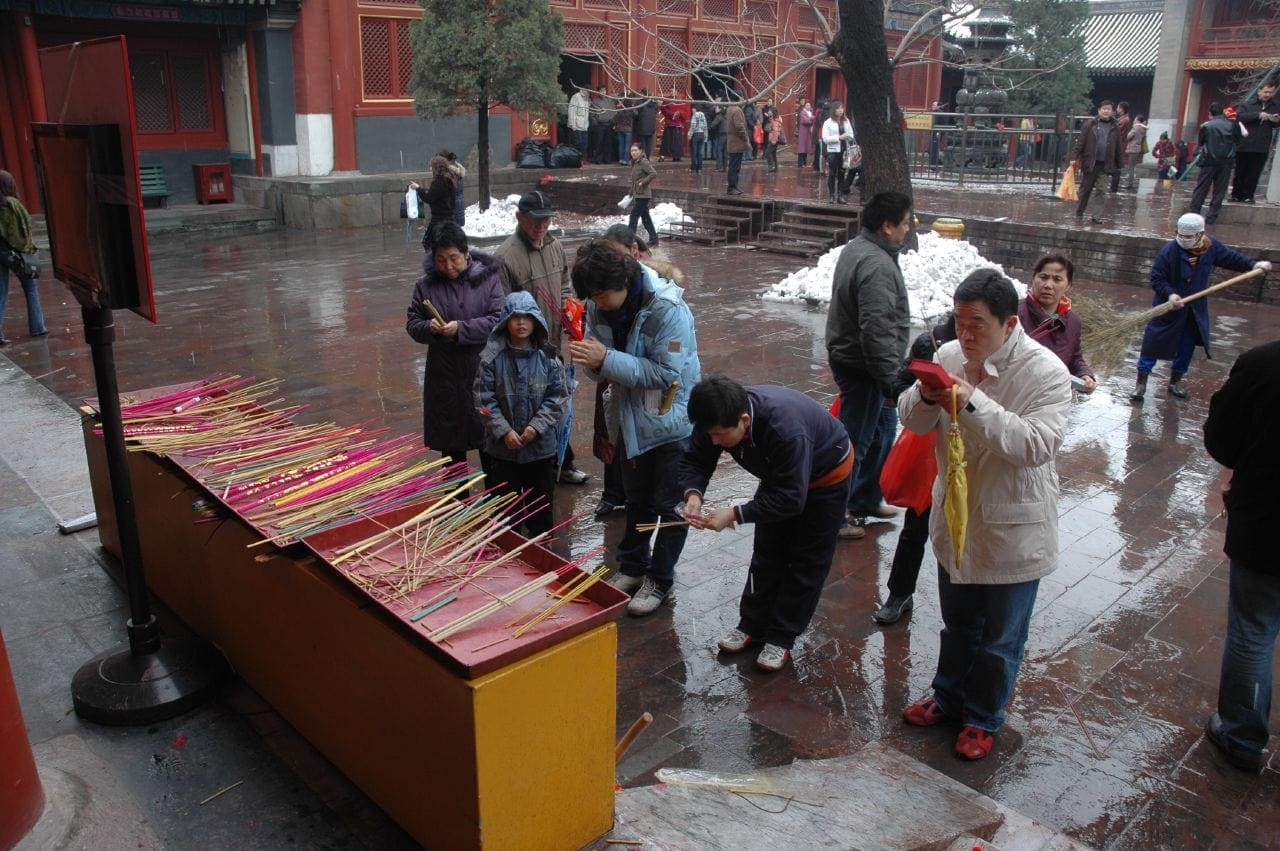 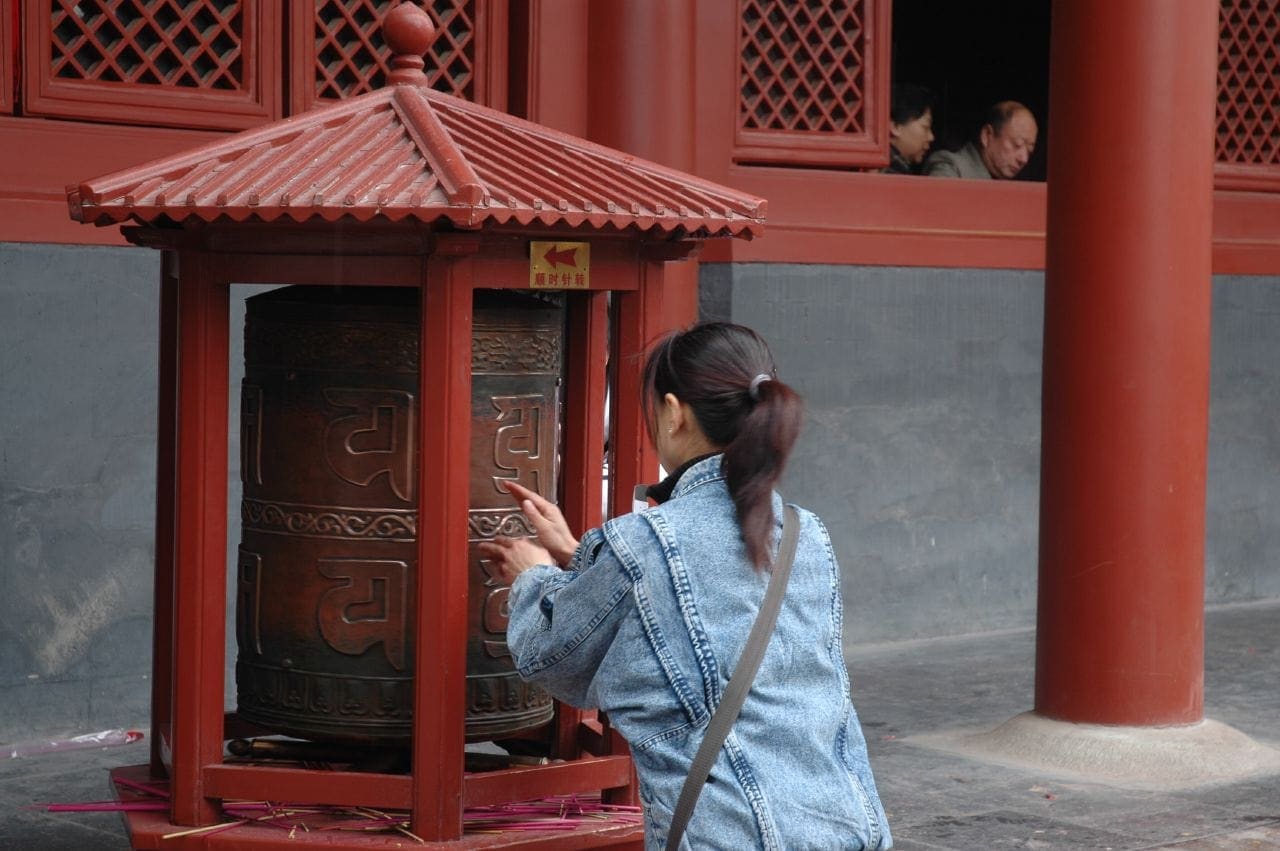 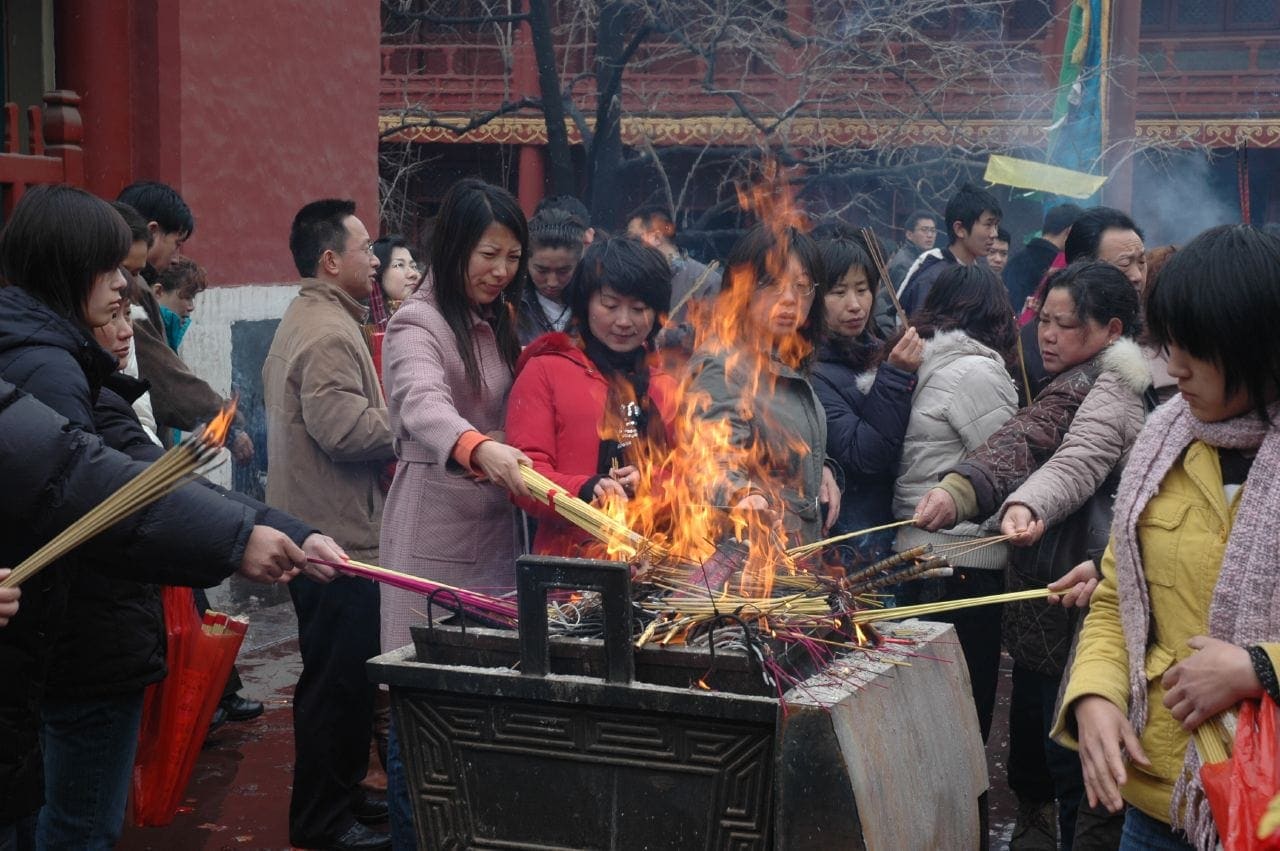 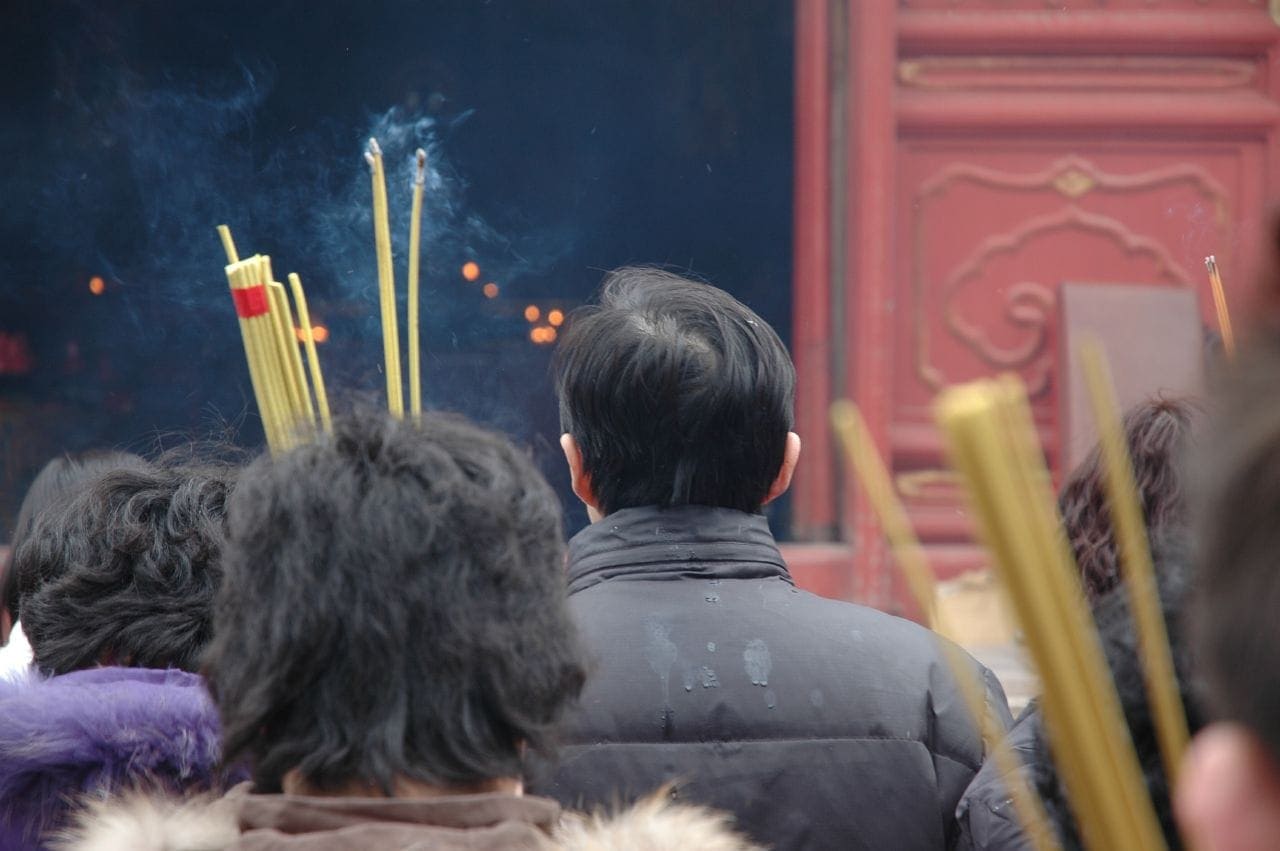 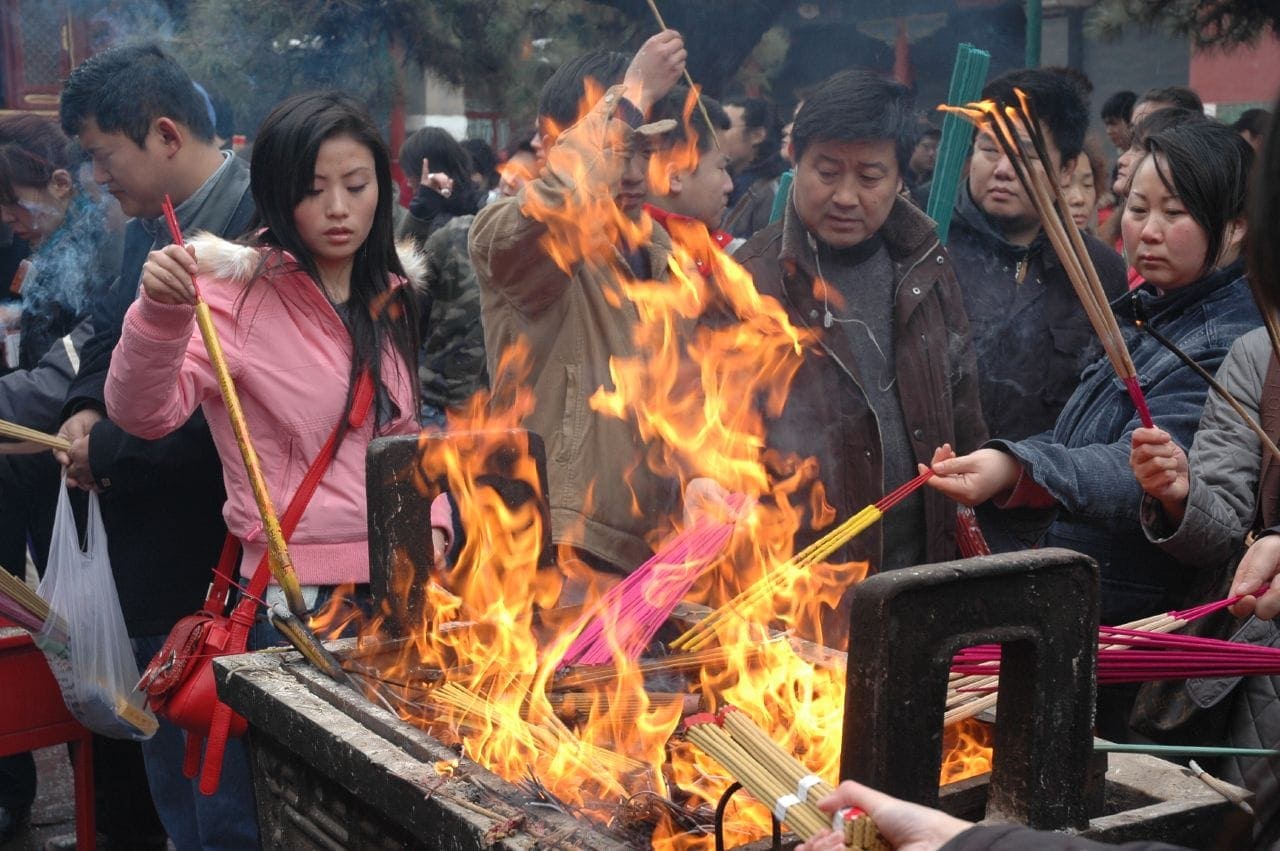 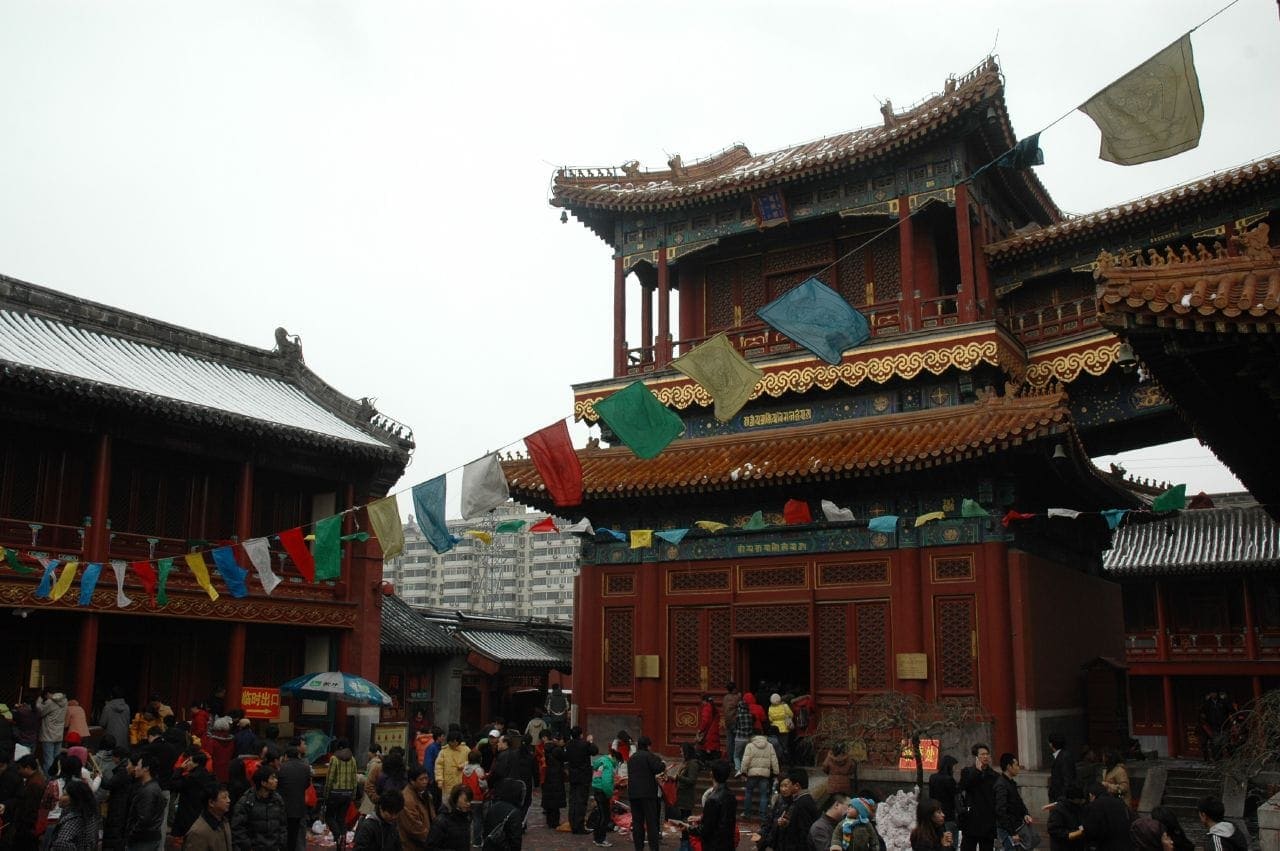 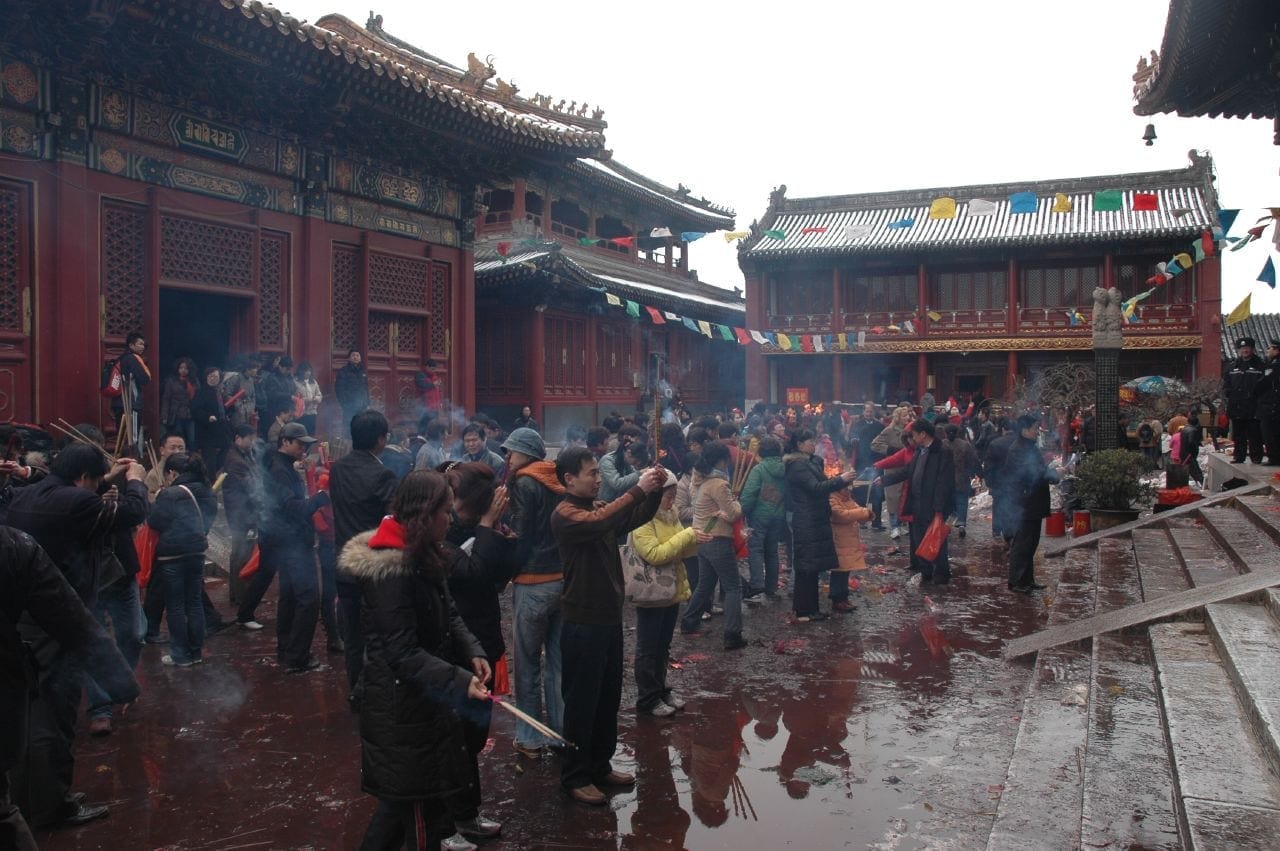 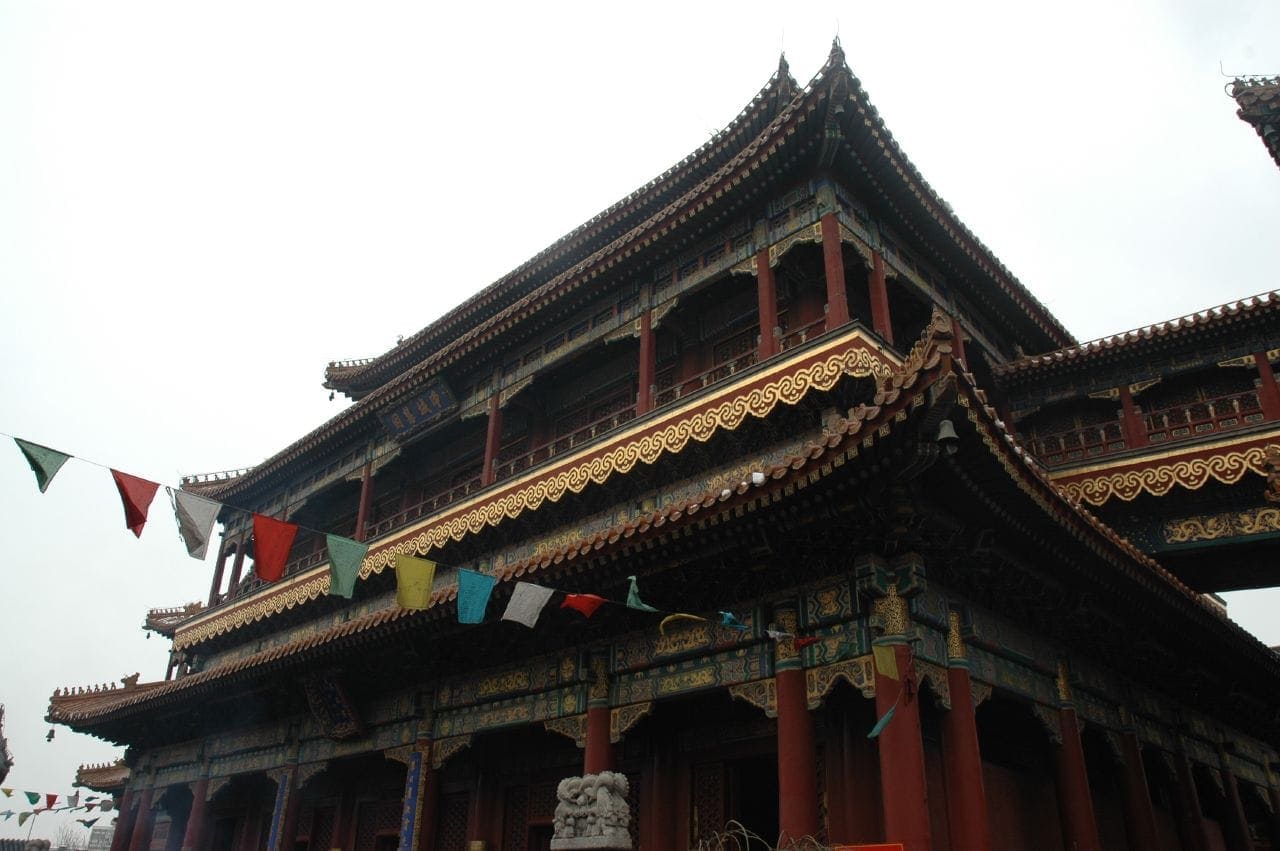 Containing five elaborate archways and five main halls which house many Buddhas of various sizes (one being 18m tall!) and works of art, the temple courtyards were filled with the smoke of burning joss sticks (made of incense). Today around 70 lamas (Buddhist monks) still live in residence but how much of their time is split between tourist and spiritual activities I’m not sure! Surprisingly having huge buckets of flaming sticks right next ancient wooden structures, some dating back to 1694, didn’t seem to phase anyone. Combined with snow covered rooftops and the slow dripping of water from their tapered edges it was reminiscent of a certain scene from Hero (minus flying Jet Li!)… how about that for a bit of cultural vandalism?

In Jean Baudrillard’s book “Simulacra and Simulation” (highly recommended) he talks about how a copy of something can eventually transcend the original. In the case of China one might ask if pseudo-historical fiction has replaced historical reality in popular culture? Turn on the TV here and you’d certainly this so… something I’ll save for a later discussion 😉