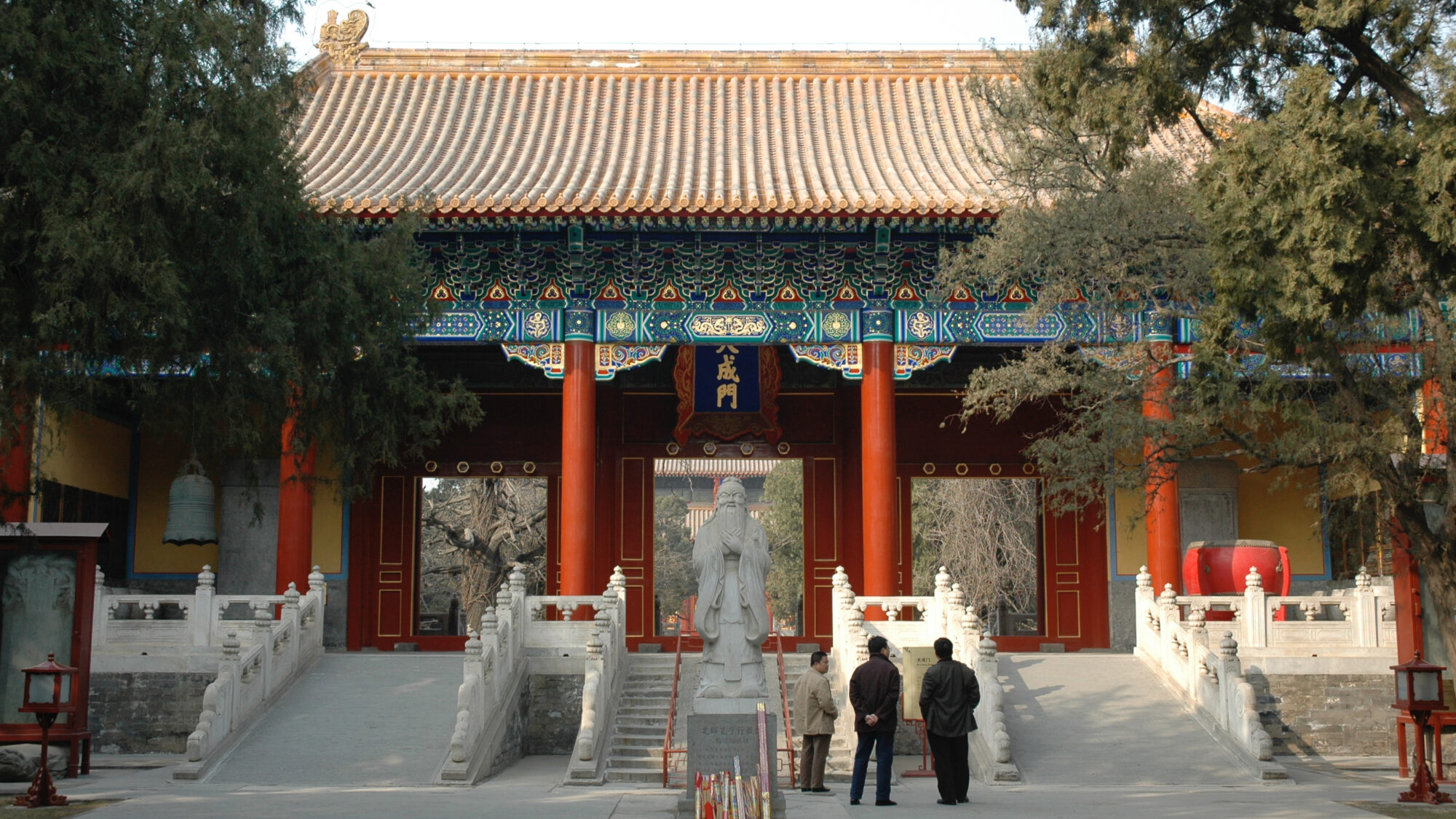 Having walked along the central axis of Beijing for nearly 7 hours I reached what must be one if the most relaxing and tranquil places in the city; the Confucian Temple, devoted to the memory of Confucius and philosophers of Confucianism (nearby the Lama Temple). Away from the hordes of mindless American tourists, this is like stepping into another world. All that can be heard is the general murmur of distant chatter and magpies singing in the trees. On a warm spring afternoon, I can think of no nicer place to rest one’s legs and while away a few hours which is exactly what I’m doing while typing this on my iPhone.

In an age when the world was still full of mystery (the temple was built in 1302) buildings like this were in some respects were a living fantasy, enhancing the religious/philosophical underpinnings of their existence. We might see a modern equivalent as the CG films of today which take thousands of man-hours to construct fantasy realities that transport us out of their ordinary to the extraordinary. Even though we may consider ourselves to have evolved from this time places like this still hold an other-worldly feeling.

One of the most interesting aspects of the Confucian Temple is the 198 stone tablets found on each side of the first courtyard, containing 51,624 names of Jinshi scholars who passed the highest imperial examinations, who then went on to become civil servants. 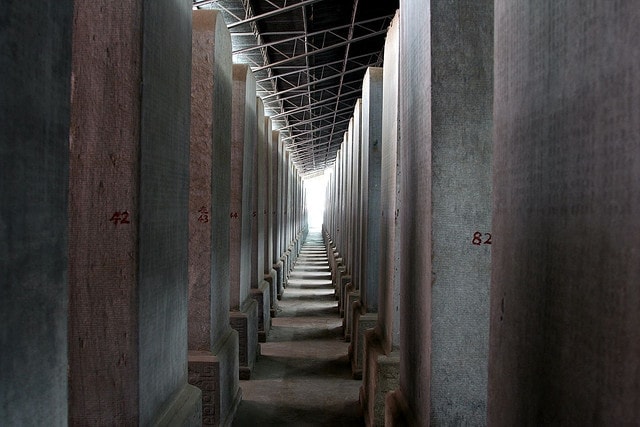