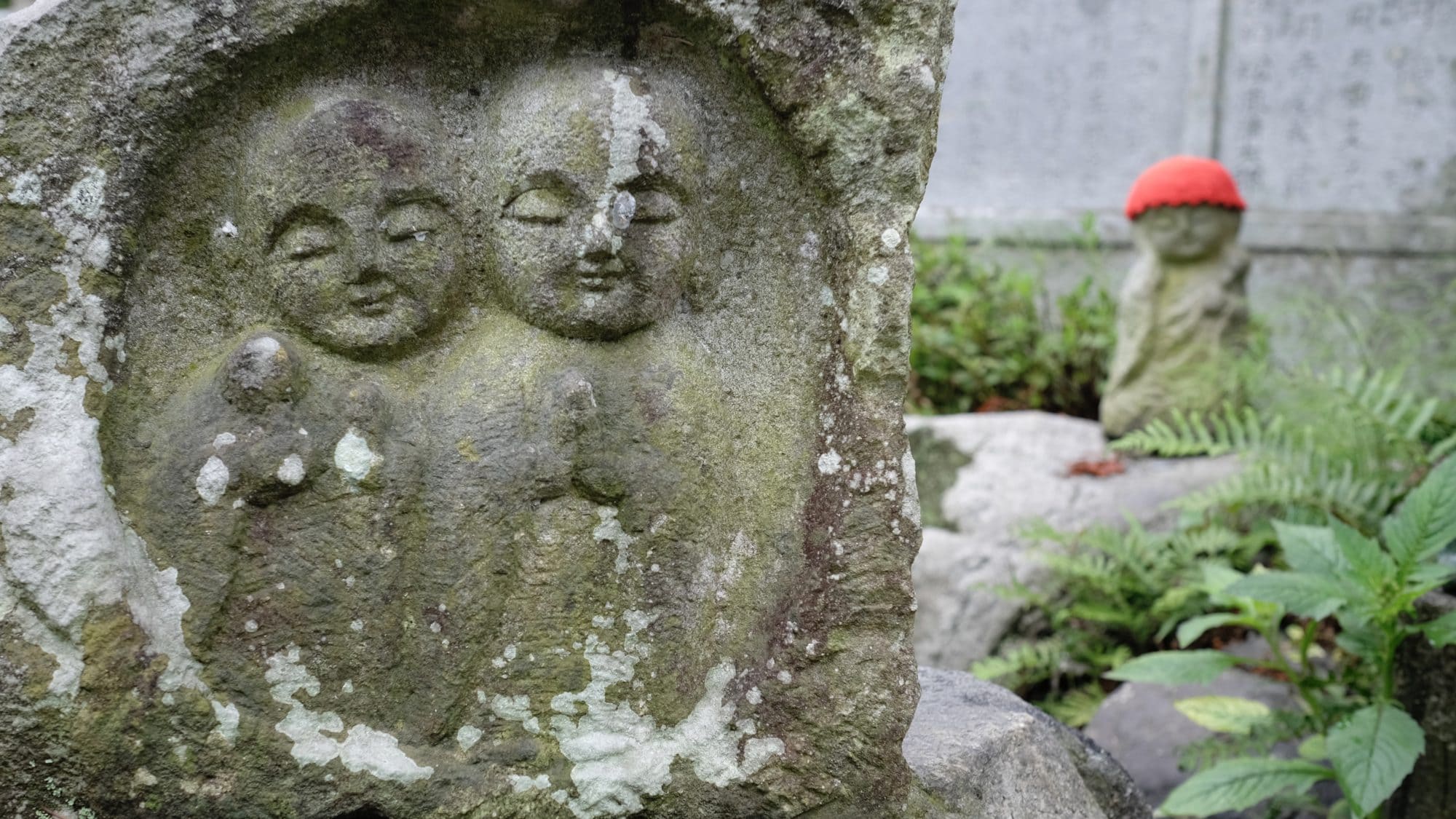 We woke this morning to the smell of freshly baked bread that Shin-San, at Hōjōsuigun Youth Hostel, had made. Along with homemade blueberry jam and yoghurt, it was a welcome change from the usual savoury Japanese breakfast you get at most places.

It was drizzling when we set off shortly after 8 am but luckily not enough to dampen our shoes. It felt a few degrees cooler than usual since there was a strong wind blowing from the sea but this was fine since we were wearing full rain gear anyway.

Before long we were soon walking up the Kōnosaka Slope which was the only uphill part of the day.

8km further along the coast, a huge petrochemical refinery came into view. The intricate network of pipes and pressure chambers was really impressive even if it was an eyesore on the landscape.

Along this stretch of the Seto Inland Sea, there are many small islands visible from the coast, some of which can be visited by ferry.

Walking through semi-abandoned villages you often come across interesting relics like this ancient car and defunct beer vending machines.

Whoever thought that selling 1000ml cans of Asahi by the roadside was a good idea?!

A big group of bus henro arrived just before us at Enmei-ji (延命寺 – 54) so we quickly nipped into the temple office to get our books stamped before praying.

On our way out an old henro got chatting to us. We exchanged name slips and he wrote down a phone number, saying something about a zenkonyado, but to be honest I couldn’t understand most of what he was saying.

It was just 3km to Nankōbō (南光坊 – 55) with a shortcut through a cemetery and we arrived just before 4 pm.

The man in the temple office asked lots of questions about where we were from but to be honest I was completely tired out and not much in the mood for talking. There’s definitely something in the air in Ehime!

We ate dinner in an izakaya next to our accommodation for tonight in Imabari (今治市). Despite being a built-up area the whole city seems dead which is a bit creepy but perhaps just because it’s a Sunday evening.

Tomorrow the weather looks fair so it’s time to make hay even if I am overdue a rest day. I hope to get close to Yokomine-ji (横峰寺 – 60), the next mountain temple, I’m in a good position to get up and over on Tuesday.