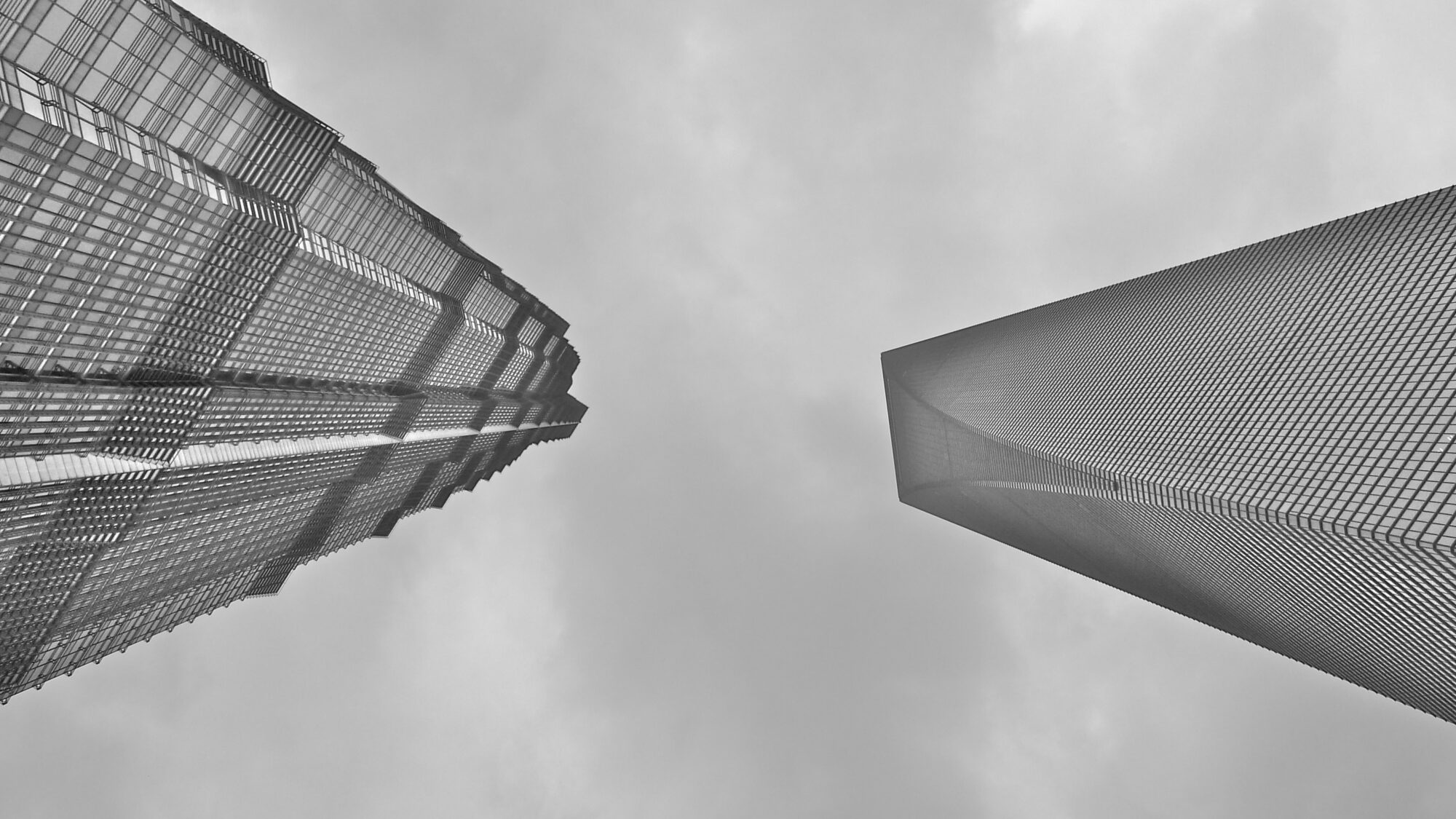 I think I’m going to start a new category for “posh hotels I’ve stayed in without paying” as this is the second time in 3 months I’ve tasted the 5-star treatment courtesy of others generosity. Frankly, I don’t much like hanging around with people who have more money than sense but the experience does deserve documenting for the luscious interior design at the very least.

The Park Hyatt Shanghai (as opposed to the Grand Hyatt next door) currently holds the title of the worlds highest hotel, situated near the top of the worlds third highest building – the World Finance Center. Ascending at 16 m/second in the turbo lift you feel your ears popping but this is soon forgotten when the doors to the 87th-floor lobby open and your breath is taken away by the stunning panoramic views out of the floor to ceiling windows.

The shimmering exterior of the building (Japanese designed) is matched only by its stunning interior which I would best describe as mature yet modern; in other words sophisticated. In the enormous rooms, cool creams and deep blacks are offset by the occasional hint of colour which in the case of the shiny green apples immediately draws your eye like the forbidden fruit in the garden of Eden. Temptation is all around.

Designed by New York interior designer Tony Chi one might be forgiven for thinking you’d entered a monochromatic world where Chinese zen meets high-tech perfectionism. In the stone-walled bathroom, a waterfall-like shower cascades from the top of the 10-foot high ceilings with pinpoint precision and a screen inset in the mirror allows you to catch up on the day’s news while brushing your teeth!

On cloud/smog-free days the views from the rooms are nothing short of breathtaking (“perfect” as the concierge described it) and waking up on Saturday morning I couldn’t resist taking a video of the automatic blinds opening to reveal the sweeping metropolis below. If you ever wanted to feel like a king for the day this is a good option 😀

Breakfast was equally decadent (and expensive) with every type of cuisine and taste catered for. Predictably it was all delicious and second helpings were called for. It was also a good opportunity for people-watching. I have observed that more often than not groups of wealthy people act like spoilt kids – to work here you’d need the patience of a saint.

Back in the room free wi-fi is provided which makes a nice change from the normally over-priced options which many other hotels push on their customers and with such an expansive space they are also perfect for working – deluxe rooms also come with a large lacquered wooden table fit for an informal meeting.

Compared with my previous 5-star experience at the W in Seoul this goes way beyond in terms of sheer luxury but is clearly targeted at a different demographic (hip and trendy vs. sophisticated and mature). If you have a chance to stay it’ll definitely be a memorable one.