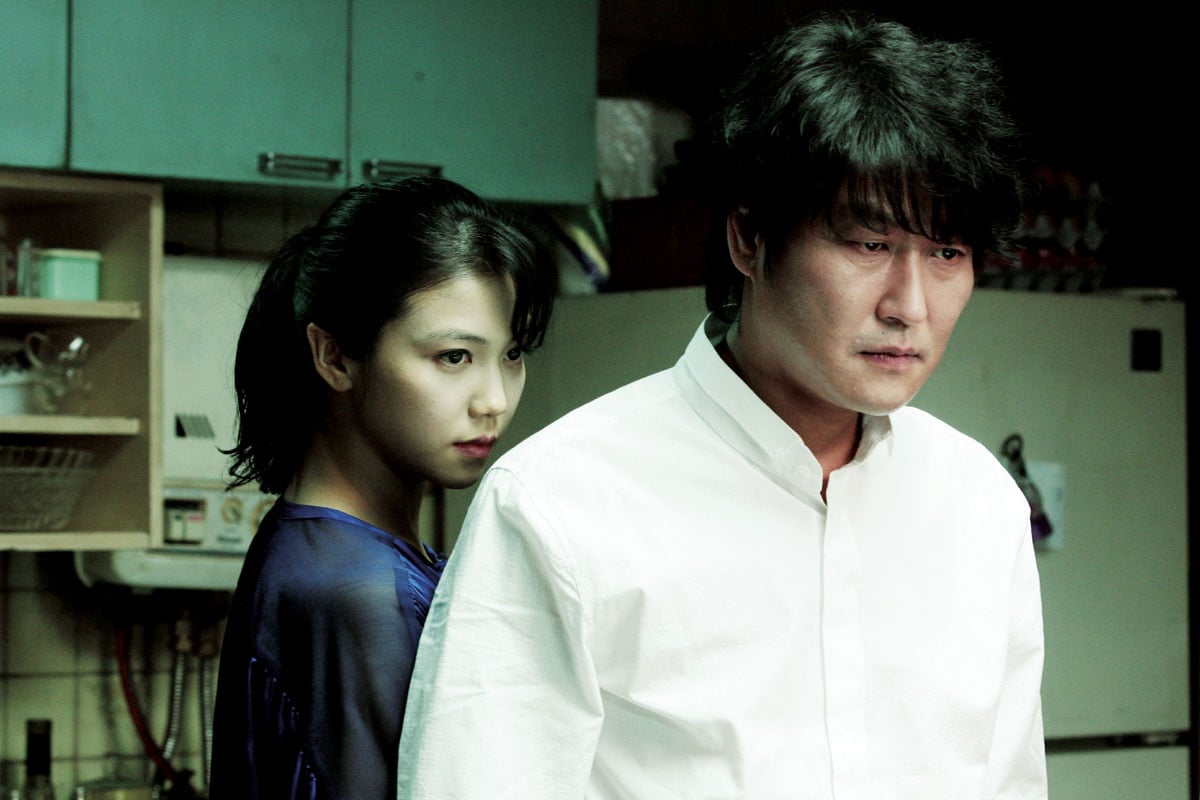 I’ve not done a film review in a long time and to be honest I’ve not managed to keep up with Asian Cinema as much as I used to but this said I saw a Korean film over the weekend which is worth mentioning: Thirst (박쥐 – literally translated as “bat”).

From legendary director Park Chan-Wook (Old Boy, Sympathy for Lady Vengeance, I’m a Cyborg…) the film premiered earlier this year but has only recently come out on DVD so I finally had a chance to get hold of a subtitled copy. Anyone who’s watched his previous works will know that you’re in for a brutally visual tour de force and although it’s not nearly as extreme as Old Boy it does not disappoint. From the outset, it’s a beautifully crafted narrative with excellent acting, a stirring soundtrack, luscious backdrops and a few good stunts which are genuinely exciting (unlike most of today’s CGI fests).

As with all Mr Chan-Wooks films, it’s a bit difficult to know where to begin when explaining the story. Perhaps I could best sum it up as Catholic-vampire-noir but with very adult overtones which go way beyond your usual sharp-teeth blood-sucking clichés. At this point, it’s worth pointing out that about one-third of South Korea’s 45 million population are Christian and numbers are growing faster than in any other country (in stark contrast to its decay in the west).

The story revolves around a troubled priest, Sang-hyun (played by Song Kang-ho), who works in a small hospital but is unsure about his vocation which is amplified by the death he sees around him. He volunteers to take part in an experimental drug trial in Africa with fails, leaving him with a particularly nasty and fatal disease but miraculously after a blood transfusion he recovers.

Returning to his home he becomes a local hero (a “bandaged saint”) and devoted parishioners, thinking that he has the gift of healing, flock to his services. One of the visitors is his childhood friend who invites him to his house to play mahjong with his family. There he meets his friend’s wife, Tae-ju (played by Kim Ok-bin), who he finds himself dangerously drawn. We discover a particularly dysfunctional family with an overbearing mother who treats her grown son as a baby and his wife as their servant.

Suddenly one-night Sang-hyun relapses and violently collapses only to wake up the next day a changed person with an increasing taste for blood (which he initially steals from comatose patients at the hospital). His personal demons return full force and from here on in things start to get crazy. He begins an affair with Tae-ju who is also pretty messed up, having been forced into her marriage, and the intensity builds with both willing each other to deeper extremes until finally murder is committed.

I won’t give the rest away but sufficed to say it gets pretty horrific with much lustful blood-letting and general insanity. There’s also a hint of Shakespeare in here with multiple layers of subtext which will take repeat viewings to unravel. It adds a whole new dimension to the Catholic sacrament (whereby it’s actually believed that the wine is turned into Christ’s blood)!

Overall a unique take on the vampire concept with some thrilling twists but imperfect in its execution (7/10).