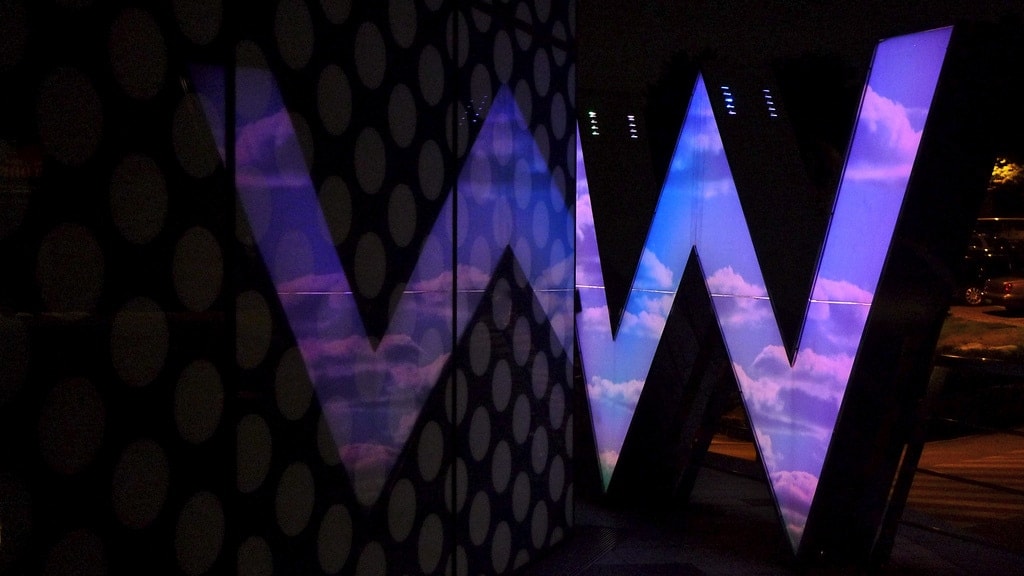 For the first weekend I was in South Korea I was lucky enough to be about to stay in the extremely cool “W Seoul” boutique hotel, in Walkerhill, courtesy of a very generous friends enormous accumulation of loyalty points (usual cost from approx. 250,000 KRW per night). Described as the “hippest joint in town” expectations were high… 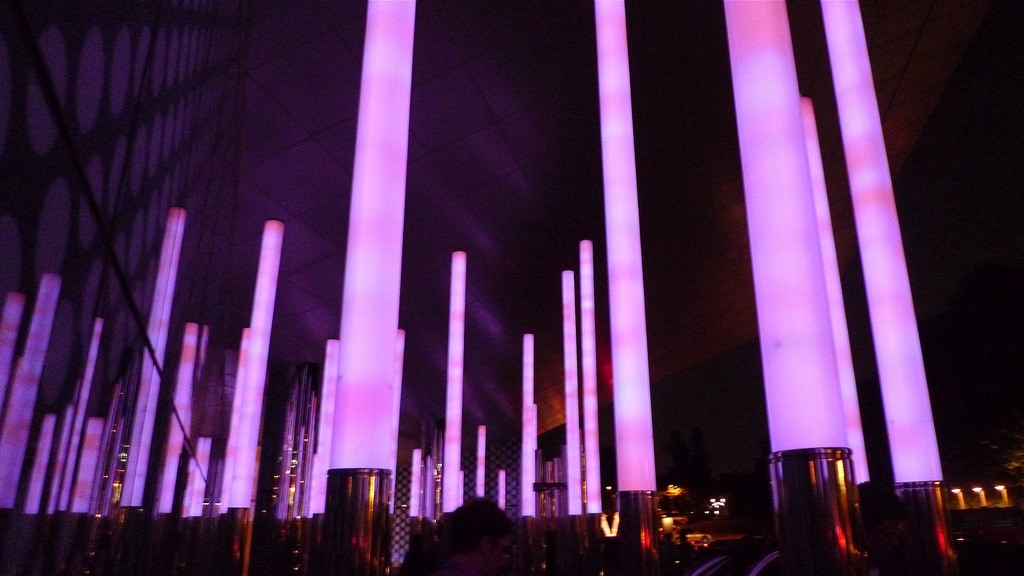 After a rather tortuous two hour trip from Incheon Airport I finally reached the W and upon entering my first impressions were that I’d set foot on the set of a James Bond film! Instead of a standard hotel entrance the lobby was a combined with a multi-level lounge/bar complete with cool lighting, egg-pod shaped seats, a DJ playing techno music and expensively-dressed people floating around (not to mention all the rather beautiful women). This isn’t your father’s 5 star hotel. 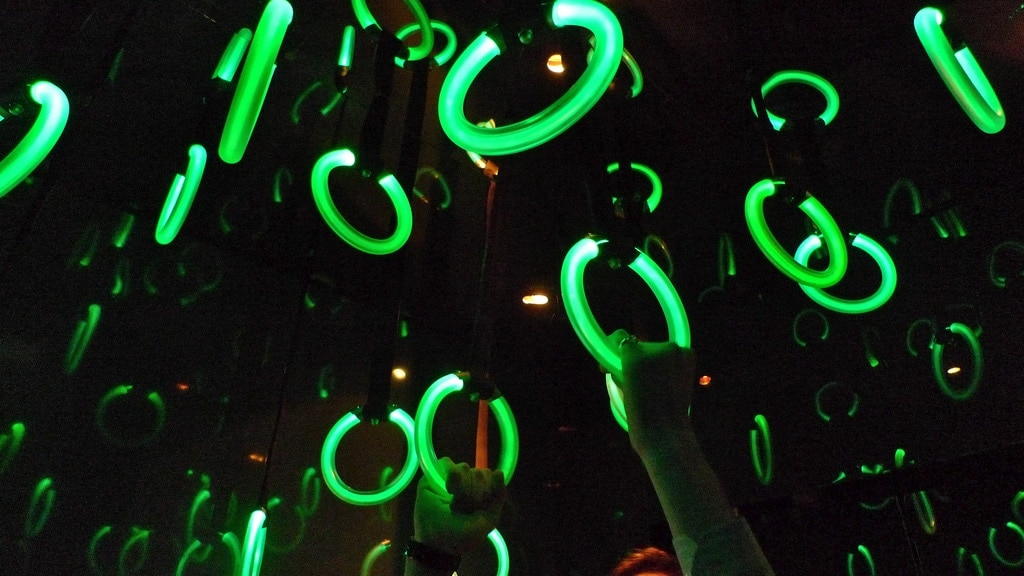 Whilst feeling quite out-of-place in the hyper-trendy surroundings I was checked in by extremely attentive staff and then took the lift (darkened with glowing hoops hanging from the ceiling) to my “Wonderful room” on the 6th floor. It turns out they had got the name right since it was unlike anything I’d stayed in before (given my usual choice of budget accommodation that wasn’t going to be hard). 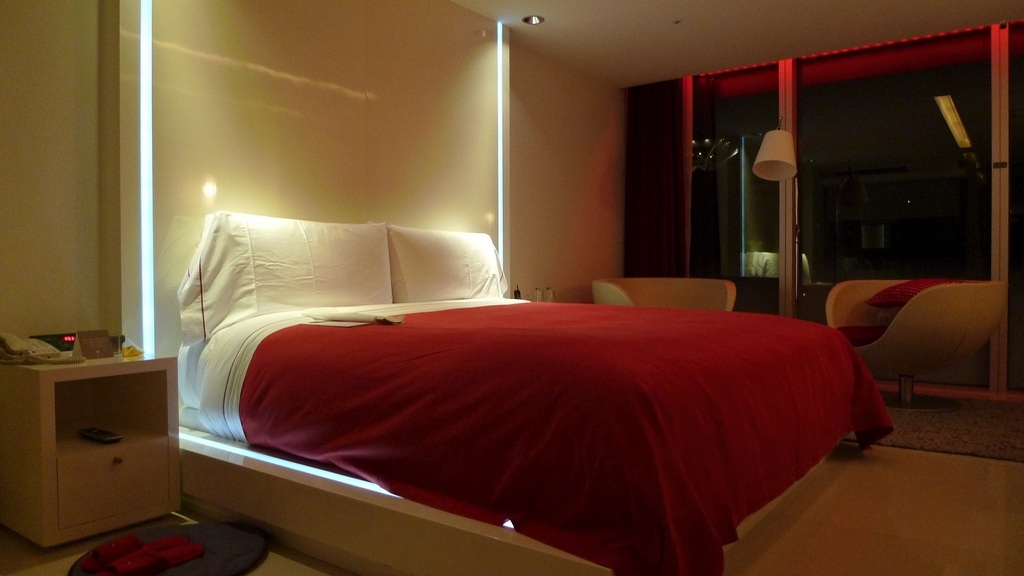 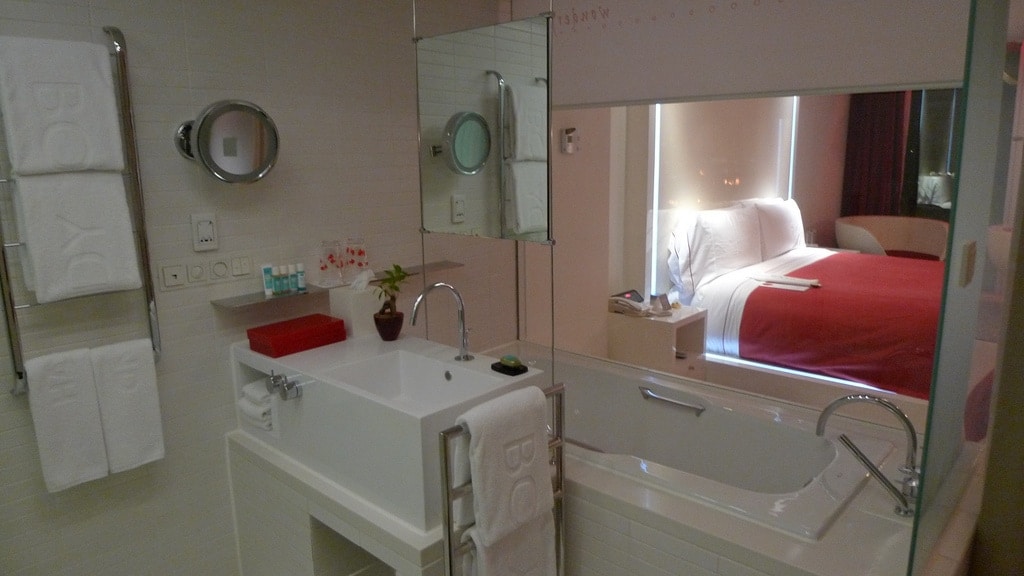 With minimal clean white decoration, red bedding, soothing lighting, floor to ceiling glass windows, and more space-age chairs it felt pretty special. The level of detail was staggering – from coat hangers to paperclips even the bin was given the designer treatment! I spent the first 5 minutes of my stay just taking photos before I touched anything. To add to the ambience the Bose hi-fi was automatically set to play their own mix CD as you entered (I’ve recreated it as a Spotify playlist). 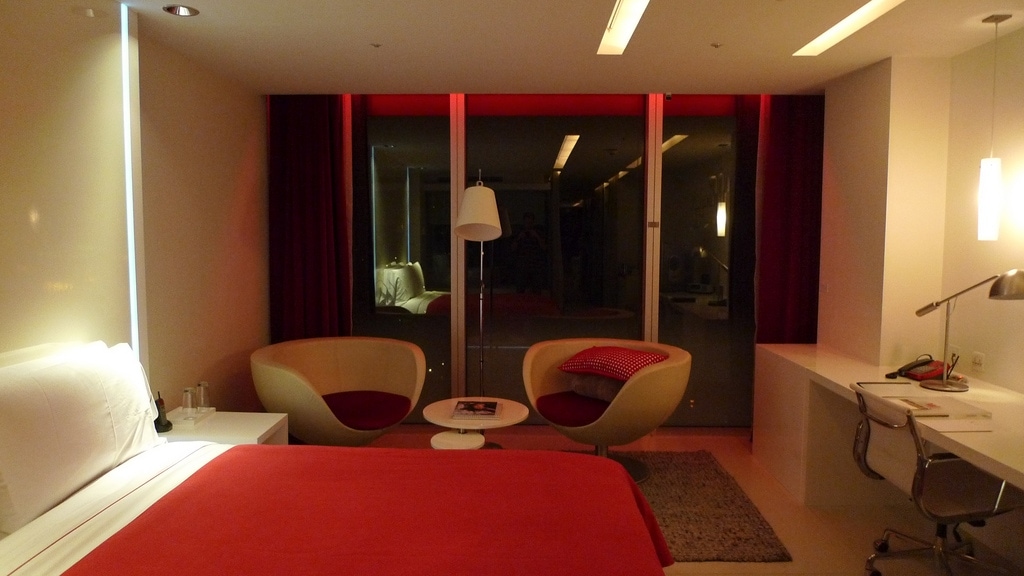 After getting directions from the extremely knowledgeable concierge we took the free hotel shuttle bus a short distance (passing Gangbyeon and Gwangnaru subway stations) and had dinner in a local restaurant (delicious dak-galbi) then retired for a quick drink in the lounge before hitting the hay. The bed itself must have had some special magic coating since I slept better than I had done in a long while and woke up feeling fresh and ready for a day exploring Seoul. 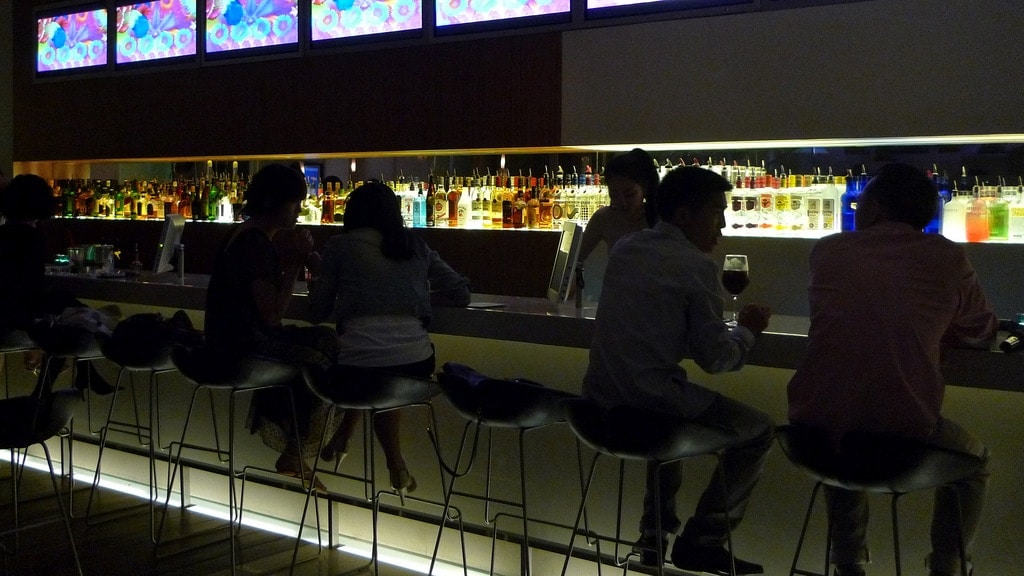 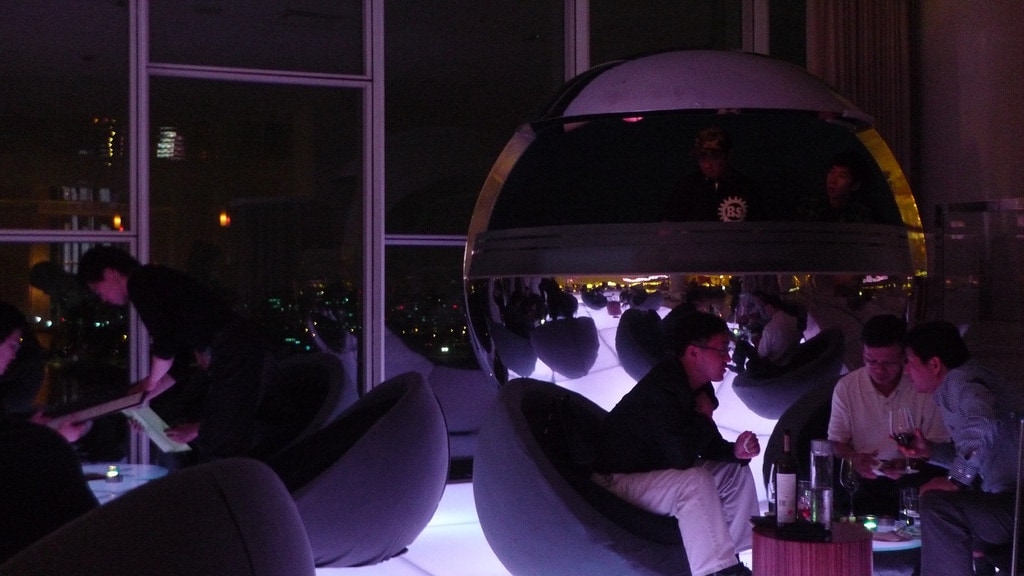 Breakfast was an equally luxurious affair with a fabulous array of fresh food from around the world to suit anyone’s taste. I went back for seconds and thirds but still didn’t quite manage to try everything! Unfortunately I was too busy eating to take any photos but take it from me this something not to miss (at 38,000 KRW per head you wouldn’t expect anything different). 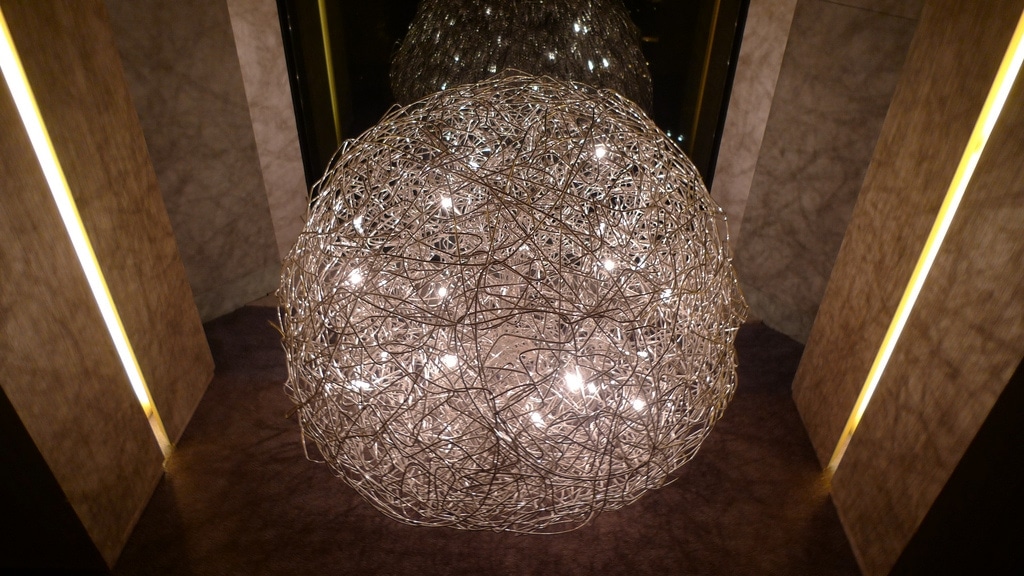 All good things have to come to an end and after a great weekend it was time to come back down to earth. The next hotel I moved to was a complete disaster but I’ll save that story for another time. After staying at the W anywhere else was going to be a disappointment and whilst  I doubt I’ll be returning anytime soon if you have deep pockets I highly recommend giving the W experience a try – they have uniquely designed places worldwide.