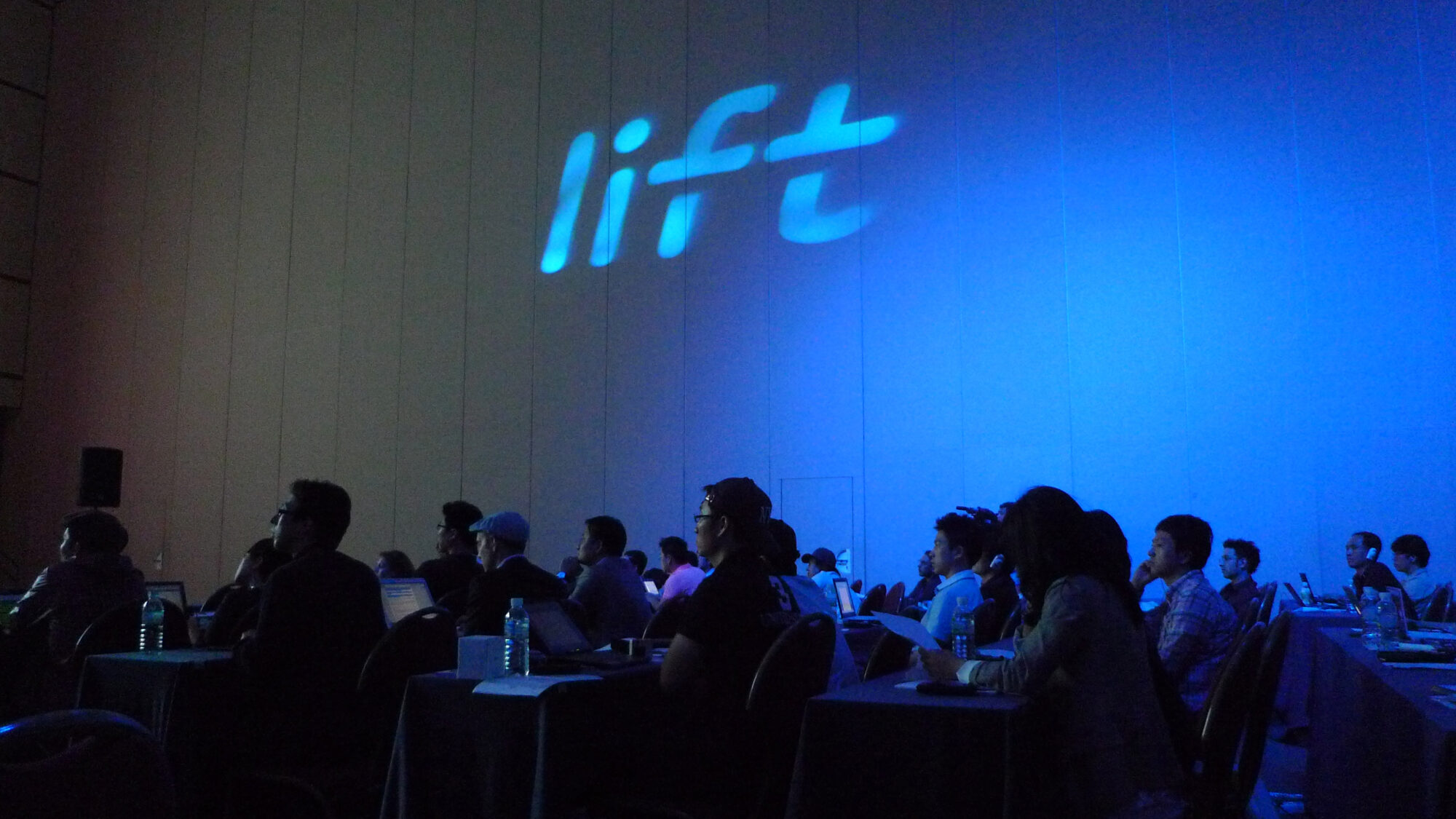 The Lift Asia 09 conference wrapped up last Friday afternoon on Jeju Island, South Korea and I’m glad to report that it was great. If you ever wanted two days of intense inspiration then this was the place to go. There were a plethora of fascinating talks from people spanning a wide range of disciplines in an ideal location overlooking the sea. I thought I’d take a moment to reflect on the talks and experiences that stood out for me: 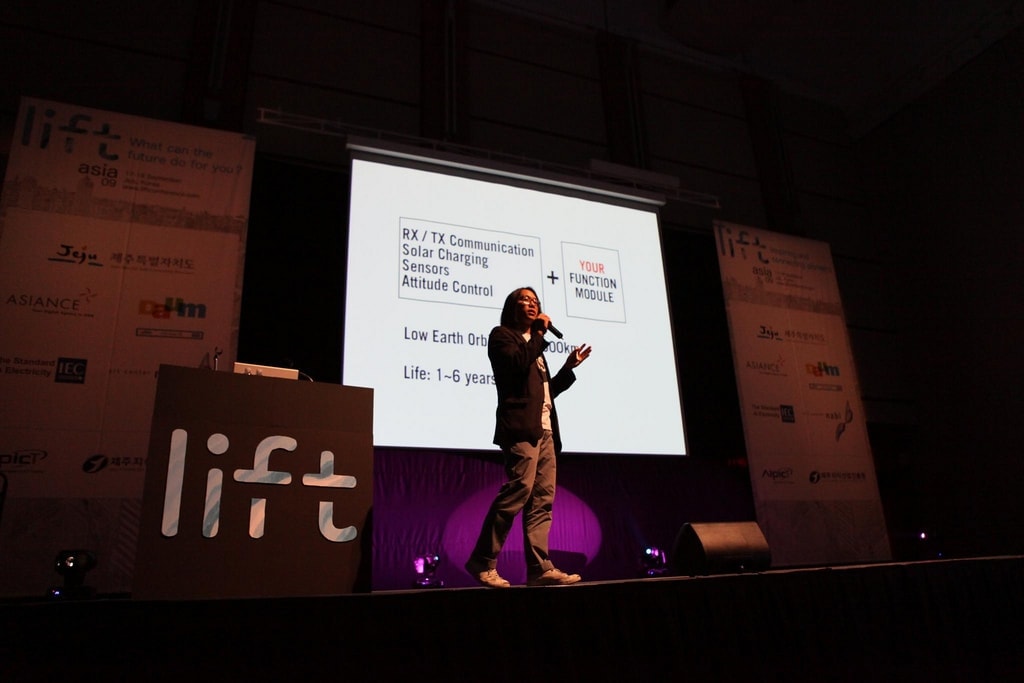 This guy is on a serious mission to build and launch his own open-source satellite for no other reason than to make a personal fantasy come true. He aims to launch the first version by September 2010 and is raising funds by selling t-shirts. As some materials (which could be used to make weapons) are restricted under export bans he is having to be somewhat creative in sourcing parts from alternate yet still legal sources. It doesn’t get much cooler than this. 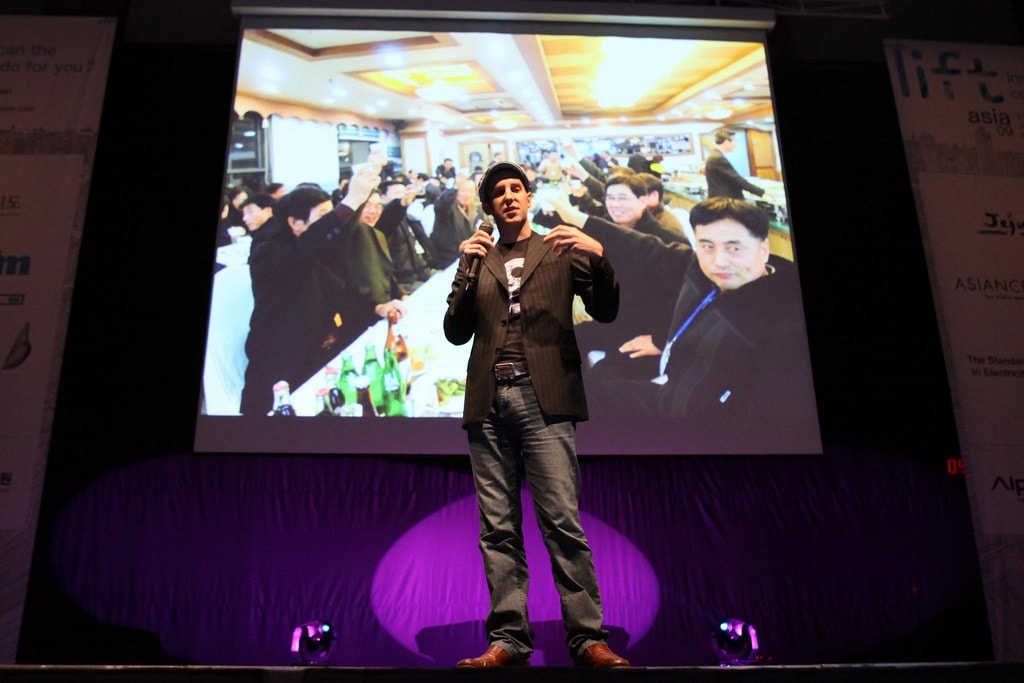 Anyone who has lived in China, Korea & Japan and knows about the philosopher Pierre Teilhard de Chardin (originator of the Noosphere concept) is pretty smart in my book. He spoke about how social media is evolving, how it compares to traditional social environments and how we can learn from emerging behaviours. He compares our current situation to living in a kind of “digital panopticon”, an invisible prison where we are forced to participate to remain relevant. In “the dark age of transparency,” the definition of privacy is being redefined and by observing advanced Asian countries we can gain some insight into new services and behaviours. I’ve embedded his presentation below – it’s well worth a look.

Also noteworthy: Minsuk Chuo – An architect who showed some fascinating projects both real and imagined and how exploration and interaction can be incorporated into the most basic structures.

What if you were to film short scenes using only CCTV cameras to capture the action? This is exactly what played out in the Jeju ICC when Yagachi used the networked cameras from the centre to capture a 007-esq shoot-out live (much to the bemusement of bystanders) which was then beamed into the conference hall. Good fun and an interesting piece of art in its own right.

Here we saw a video from a group of European artists who used high powered projectors to project 3D animations set to music onto the side of a building bringing it to life. The artists use light to explore its influence on our perception of space. Below is an example of their work:

Also noteworthy: Taeyoon Choi – “End users’ guide” video presentation demonstrating how networked environments are potentially a tool for control, deception, and profit. Video below (Korean language but with English on the slides) –

Amazingly the wi-fi worked well throughout the two days, despite a large number of people using it, and overall it was a very well organised conference with a relaxed atmosphere and a mix of people from all over the world. If I’m in the same region next year this will definitely be on my calendar again.