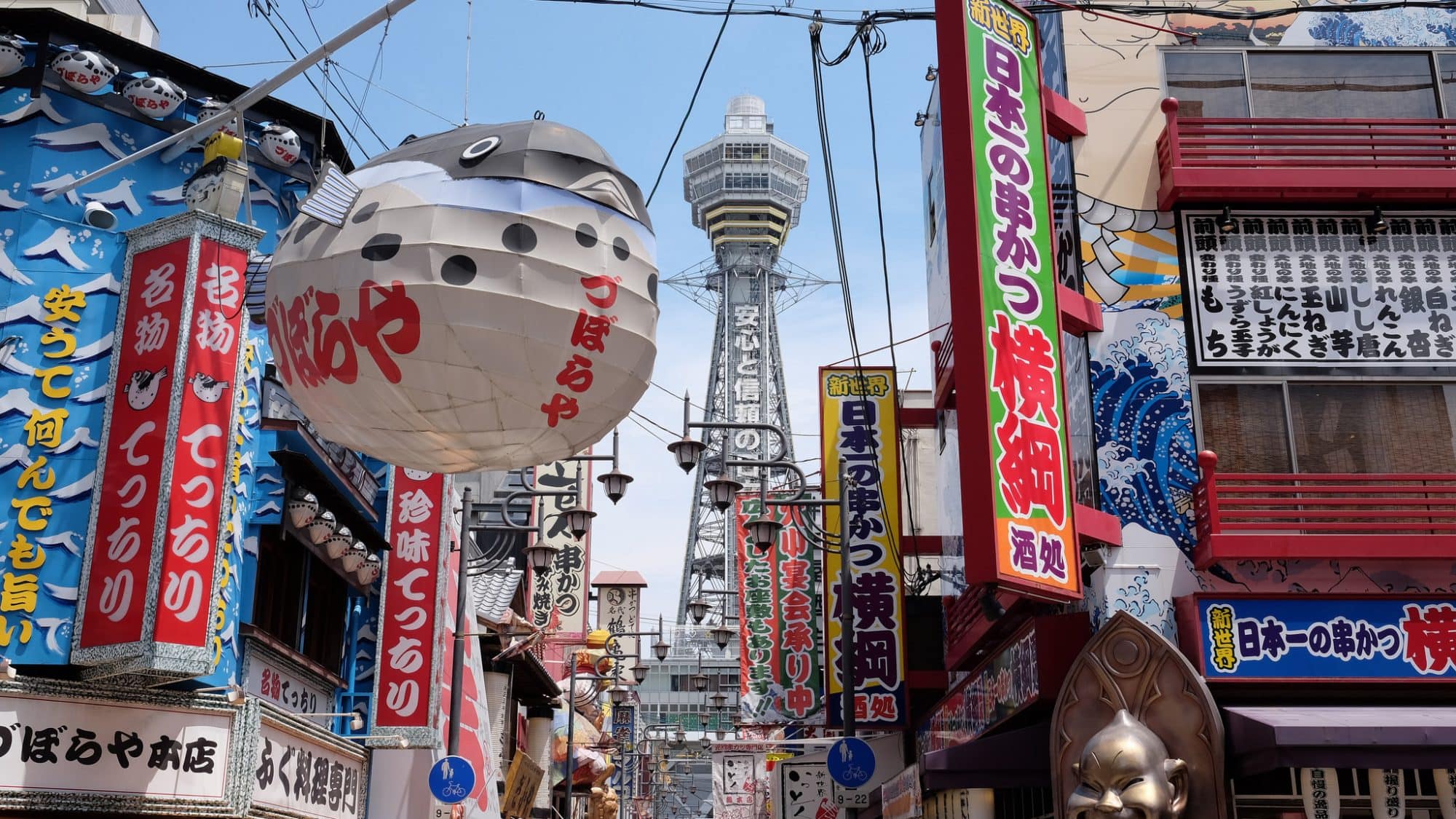 Tsūtenkaku Tower (通天閣) is the centrepiece of Shinsekai (新世界) district, an old neighbourhood south of Osaka’s downtown “Minami” area. The district was created in 1912 with New York as a model for its southern half and Paris for its northern half (the original tower being patterned after the Eiffel Tower). 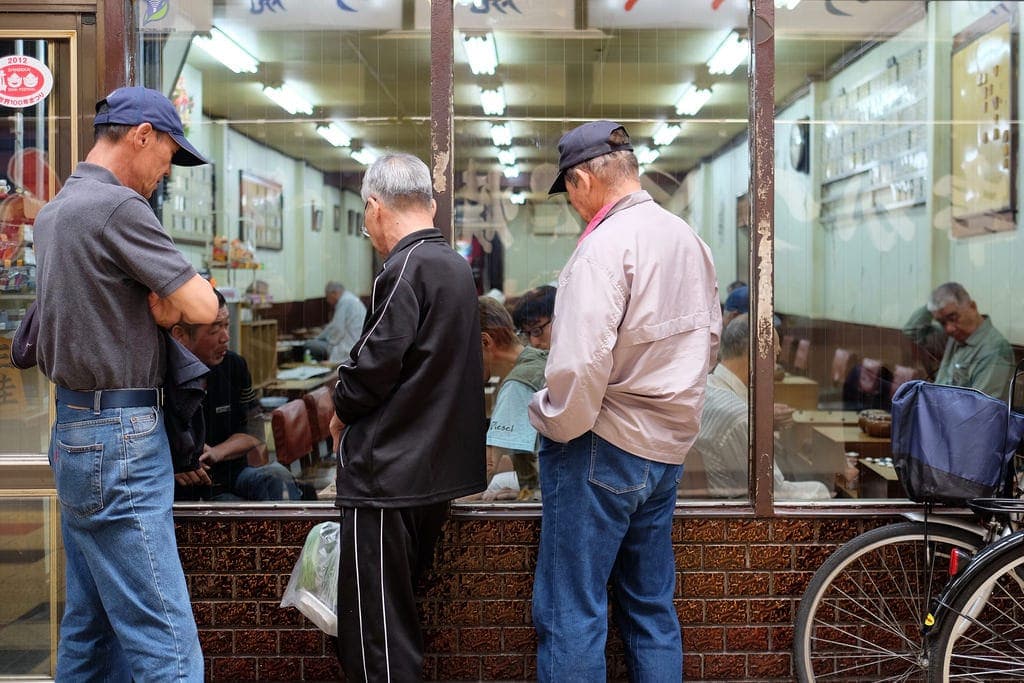 Shinsekai has a commonly held reputation as Osaka’s “most dangerous area” but by Japanese standards this is pretty meaningless and mostly limited to a settlement of elderly homeless men who hang out in mahjong clubs and pachinko parlors. 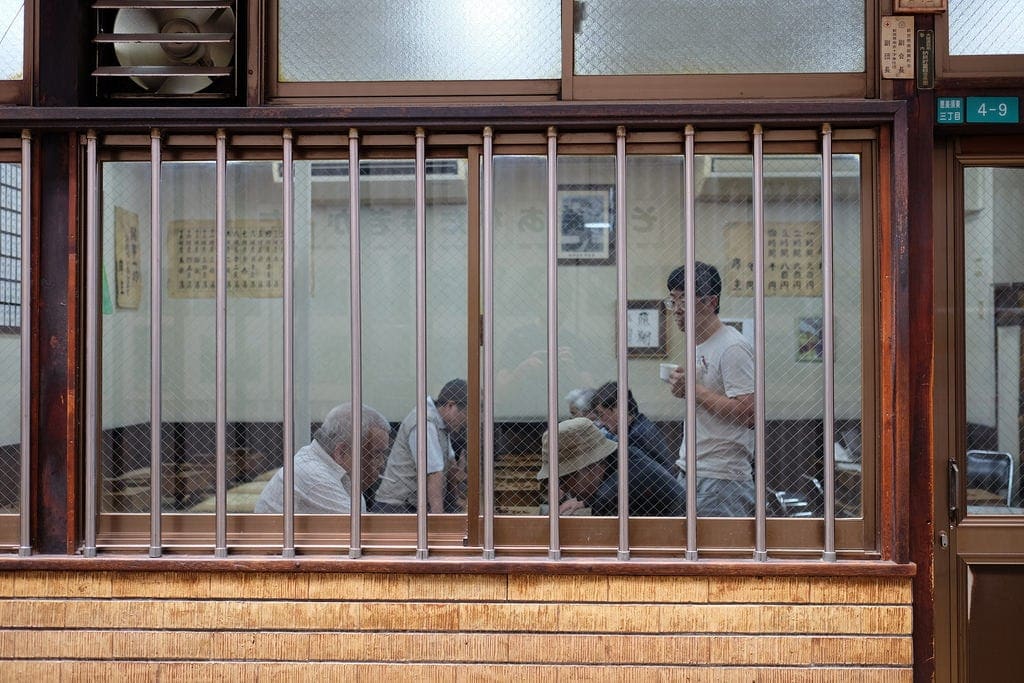 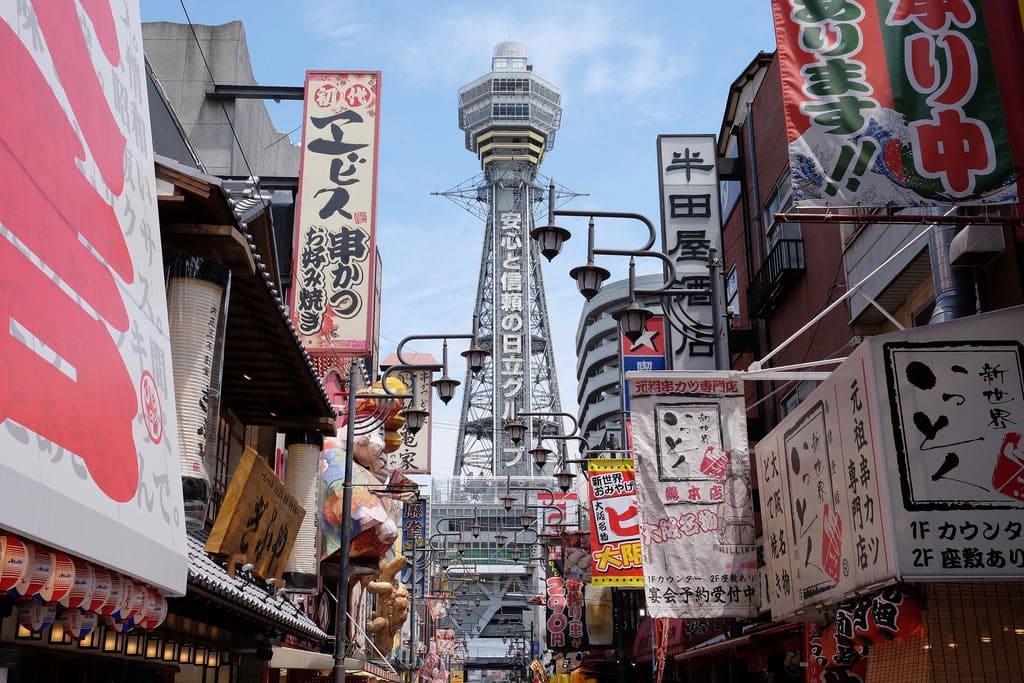 Japan loves its slightly creepy mascots but Tsūtenkaku Tower takes it to another level with its own demigod known as Billiken, the God of Happiness or “things as they ought to be”. Billiken was an American charm doll that migrated to Japan in 1910 and each year thousands of visitors place a coin in his donation box and rub the soles of his feet to ask for good luck. 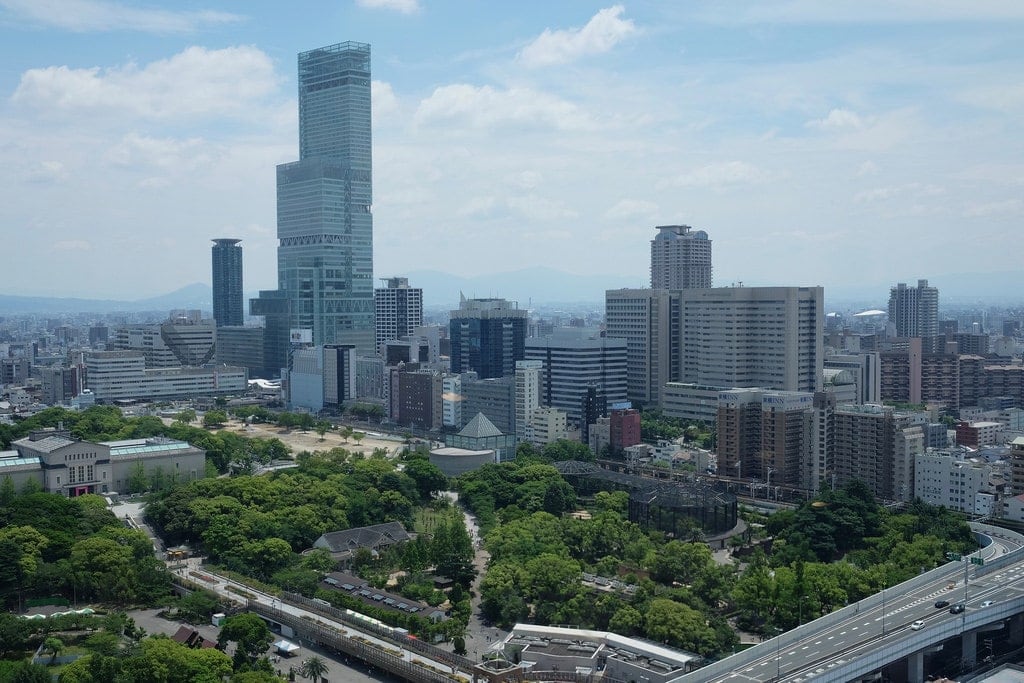 Shinsekai sits next to Tennoji Zoo, Tennoji Park, and the Osaka Municipal Museum of Art, to the east. To the south is Spa World. 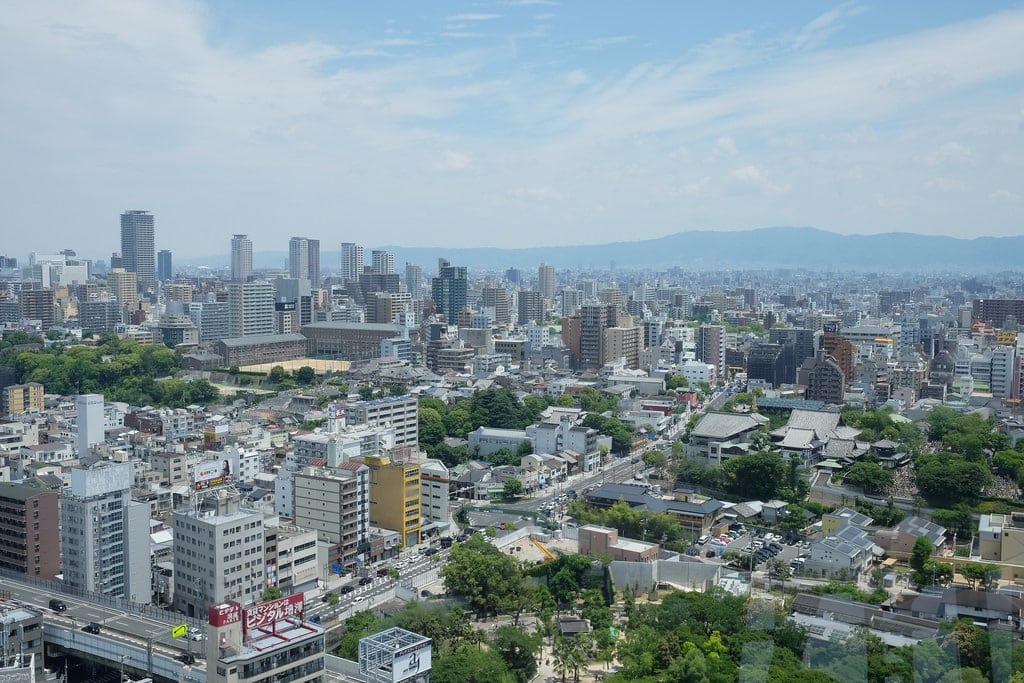 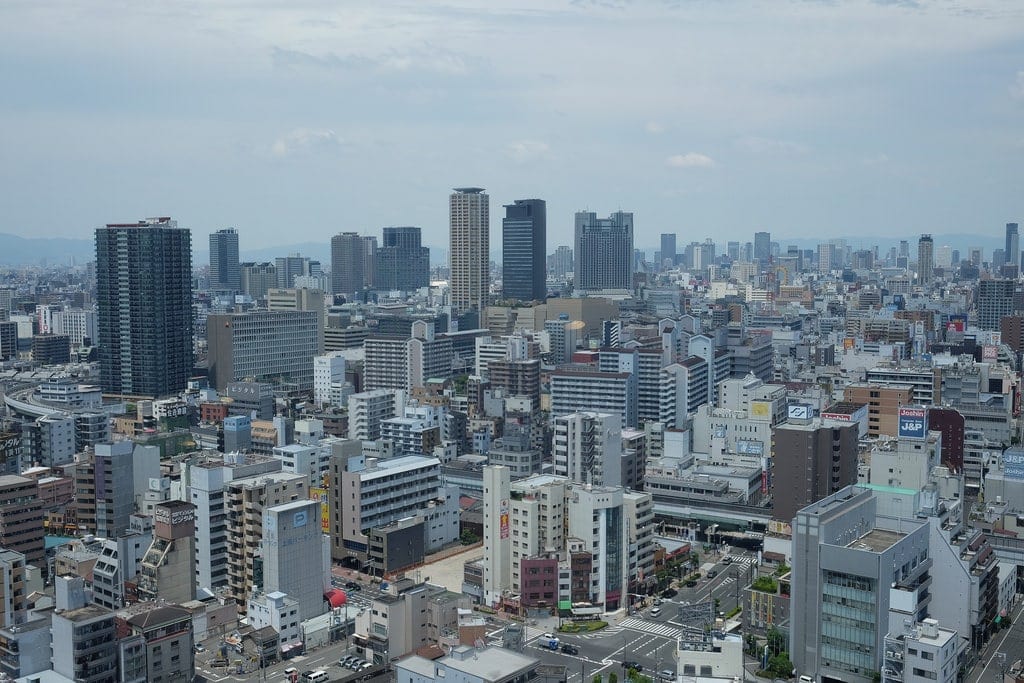 The top of Tsutenkaku Tower provides a panoramic and unobstructed view of Osaka but I’m not sure the long queue which runs through a sprawling gift shop was really worth it. Nethertheless and interesting area to explore.