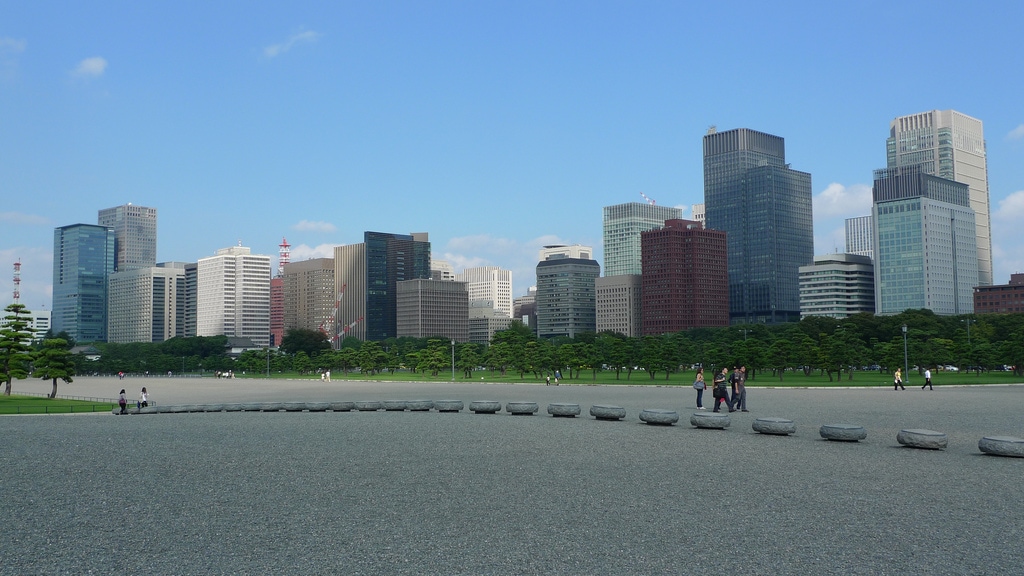 Marunouchi (丸の内) is an upscale commercial district in Chiyoda (千代田区) ward between Tokyo Station and the Imperial Palace. It’s the center of Japan’s financial industry and is packed with glistening skyscrapers and identical-looking men wearing dark suites. After a night of heavy rain I visited on a bright Friday morning and wandered through the business district to the outer edges of Tokyo Imperial Palace (皇居). 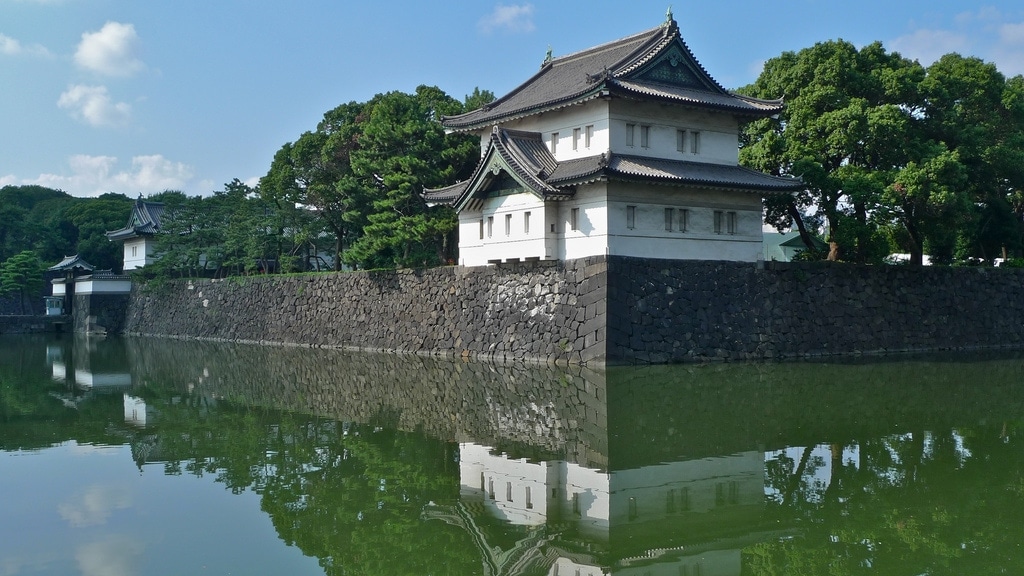 Sadly visitors are rarely allowed inside the palace grounds so all your can do is peer in from the outside across a deep moat towards the imposing stone walls of the perimeter. In fact most of the interior structures were destroyed during the fire-bombing raids of World World II. You can visit the East Gardens but not on Mondays or Fridays so I was out of luck. 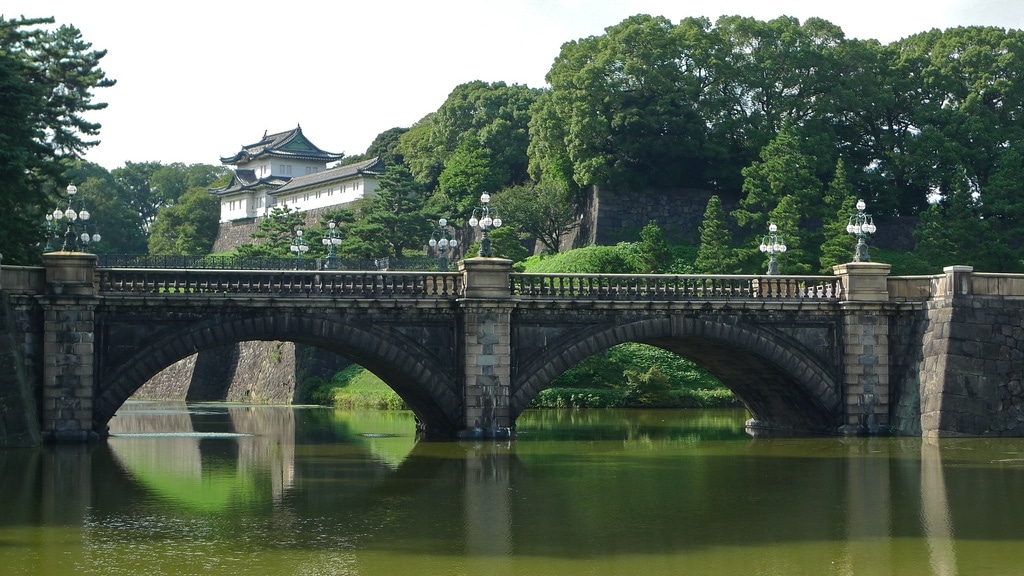 From Kokyo Gaien, the large plaza in front of the Imperial Palace, you can view the Nijubashi (double bridge) that form an entrance to the inner palace grounds. The Japanese imperial family still reside here and is the oldest continuous hereditary monarchy in the world. 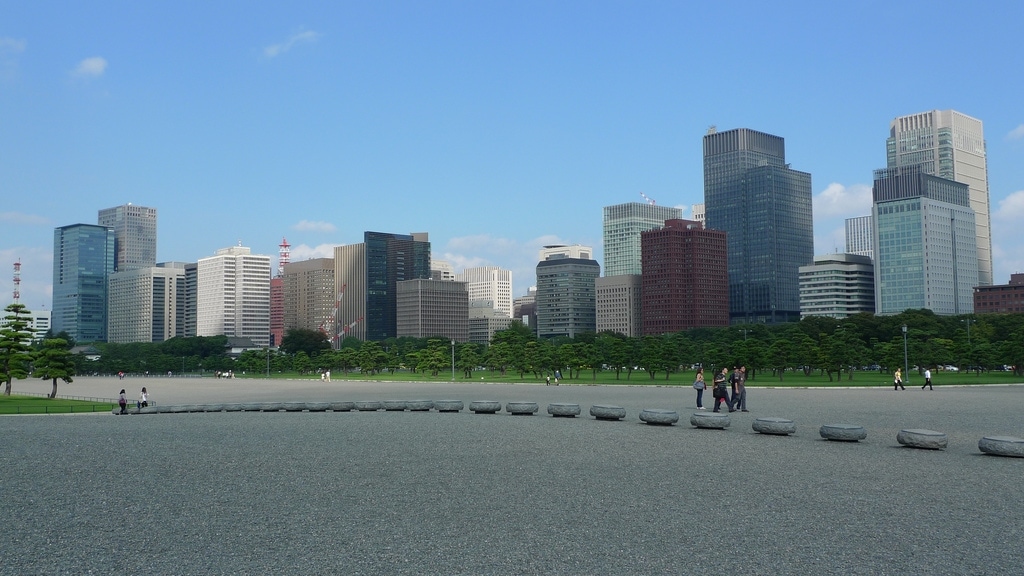 In the opposite direction you get a wonderful view of the Marunouchi district skyline with the pristine outer grounds of the palace in the foreground. I swear I don’t think I saw a single scrap of litter or gum the entire time I was in Japan. 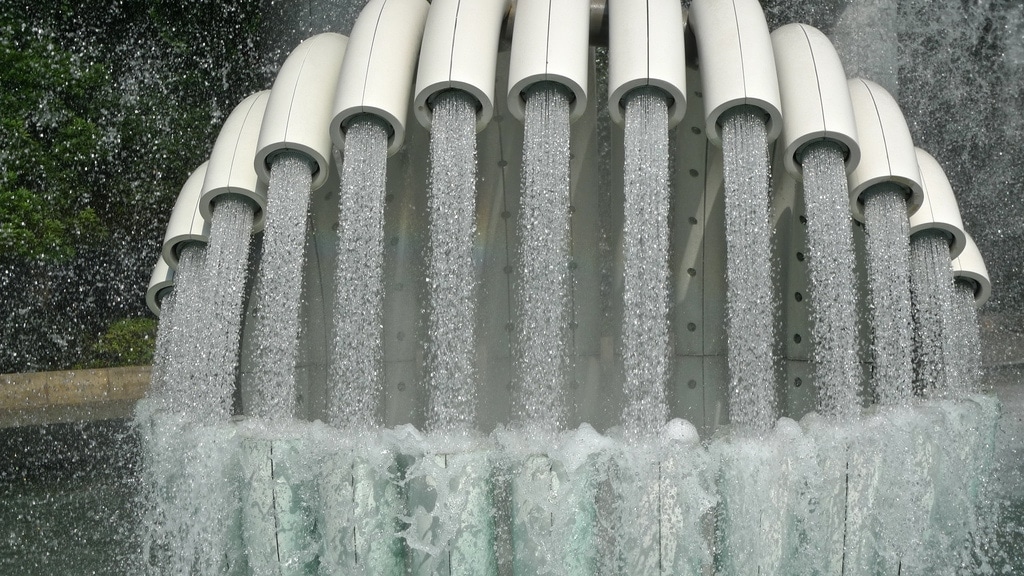 A rather cool looking fountain in a nearby park – any ideas what it’s supposed to resemble (if anything)? As I’ve already mentioned everything in Japan is done in a very neat and orderly way. The orange stick man above had an automatic arm which pointed people in the right direction. In other places I saw real workmen doing the same job with glow sticks which looked like lightsabres! More neat and tidy construction nearby. I bet you could perform surgery in there and it would be perfectly sterile. The building site near my home in Shenzhen is about as far away from this as you could imagine. 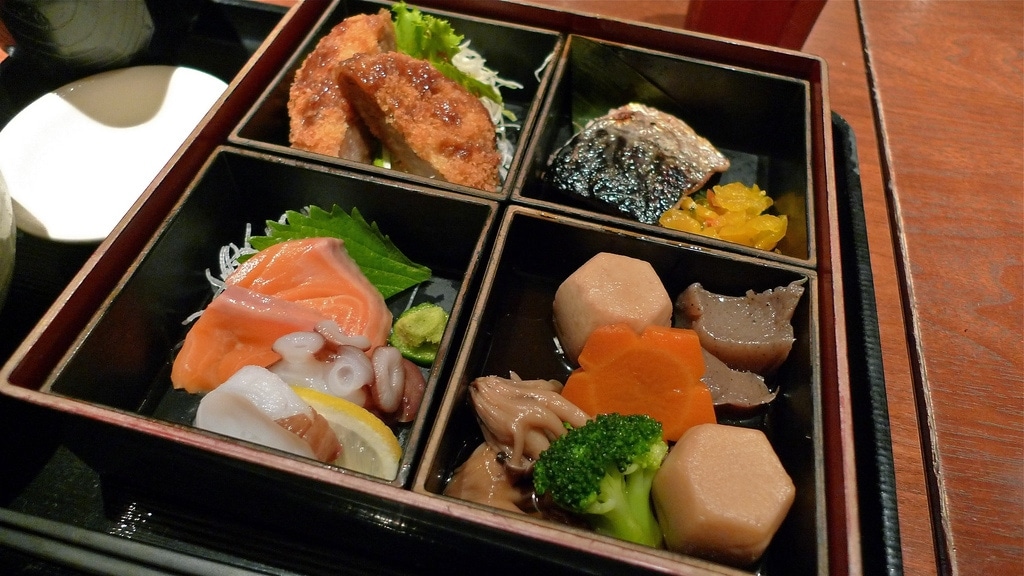 Above a traditional bento (弁当) or lunchbox which I had for lunch in a restaurant above the station. It consists of fish, breaded pork, and some pickled vegetables served with rice and miso soup – healthy, tasty and beautifully arranged. I think I could get quite comfortably used to a Japanese diet.