Ever wondered what actually happens when you type ‘format c:’ (or ‘rm -rf *’ for the enlightened) into your command prompt? Probably not, but for those who have take a look at this interesting article which dispels a lot of the myths surrounding these much feared incantations. As it turns out you have to do a lot more to wreck your system these days!

“During last week’s lunar eclipse, our Moon appeared to disappear. As the Earth moved between the Moon and the Sun, the Earth’s shadow fell on the moon, making it quite dark.”

Take a look here for some cool time-lapse photos, taken using multiple exposures, of the event courtesy of NASA. 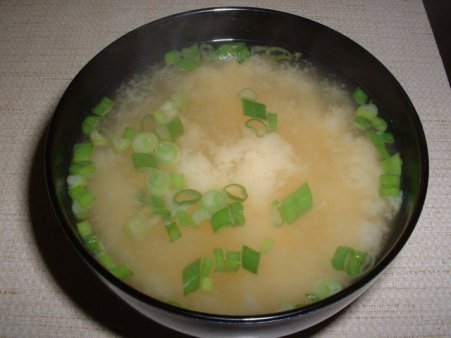 Miso Soup (not my photo – for illustration only!)

At the weekend I had the pleasure of eating a mixture of both Japanese and Chinese cooking and found that I actually liked it a lot, especially the miso soup which is apparently a staple of Japanese cuisine (and highly tasty!). If your are interested you can find a recipe for it here, it’s pretty straight forward so I’m sure I’ll have a go at cooking it some time. I find that cooking has a certain therapeutic effect after being stuck in-front of a computer for most the day! I think my chopstick skills are slowly improving (although others may disagree!) – eating rice was especially difficult with them, the key seems to lie in treating them like a sort of spoon and scooping up the rice between both sticks 🙂

This has got to be about the most disjointed post I’ve ever written – sorry, I’ll try and stay focused from now on!