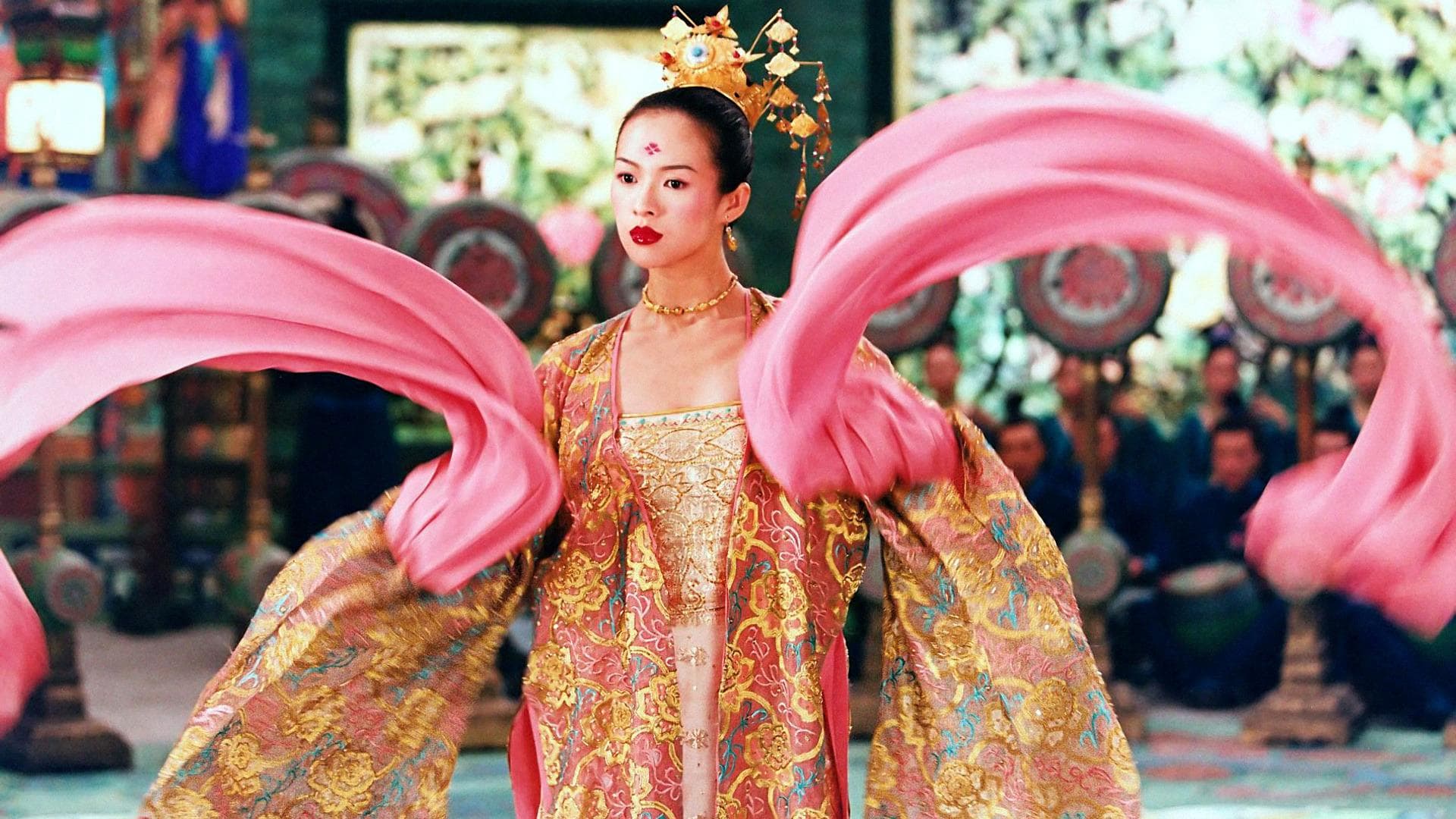 There are few films that capture the imagination quite like the likes of ‘Crouching Tiger, Hidden Dragon‘ (2000 – Ang Lee) and ‘Hero‘ (2002 – Zhang Yimou) with their exquisite portrayal of dynastic China in all its rich shades of beauty. Even without subtitles, the pure density of the images portrayed in these films is a joy to behold – there is nothing quite like them in western cinema.

It was with a certain trepidation that I heard of what might be considered a third in this line of masterpieces – ‘House of Flying Daggers‘ (2004 – Zhang Yimou). The name alone congers up the same mystical feeling as the others and indeed, to an extent, it delivers. I had heard from certain sources that it wasn’t much good so was a little sceptical about it but was glad to be proved wrong this time.

The story centres around a rebel group of assassins called the Flying Daggers which has set up operations against the corrupt Tang Dynasty in China (859 AD). The regime decides to send an undercover agent to infiltrate the group and assassinate its leader. Jin (Takeshi Kaneshiro), a police captain, takes on the assignment but soon becomes embroiled in a completely different sort of game in which he finds his loyalties divided between the woman he must protect and his duty to the regime…

The finely choreographed martial art scenes are a joy to watch – one particularly memorable scene within a forest sees some excellent use of slow-motion as daggers and bamboo poles fly through the air as the protagonists try to avoid the marauding army of the regime who seamlessly fly through the air from tree-to-tree in their murderous quest. In this respect, some of its visual effects are obviously heavily influenced by ‘The Matrix‘, which, of course, itself ripped off the style of classic Hong Kong action films before it (funny how these things seem to come full circle).

Some people have complained that the story is too weak and that it is all show and no substance, but it deals with one of the greatest dilemmas of all time: follow your heart or your mind. Within the simplicity of the storyline there lies a deeper complexity surrounding the social loyalties that everyone is bound to. While it may not be as easily accessible as ‘Hero’ it still manages to hold its own and should definitely be given a chance by anyone with an interest in this genre.

In essence ‘House of Flying Daggers’ is a painting in motion and for all its shortcomings you cannot help but be blown away by it – 8/10.