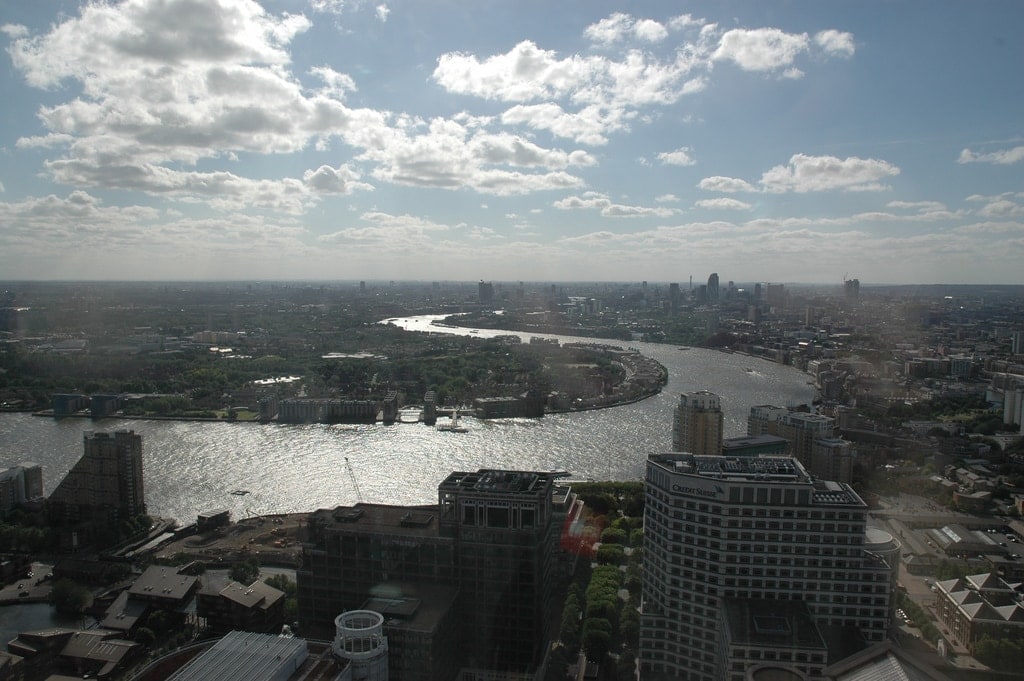 Last weekend I was lucky enough to be taken on a tour of One Canada Square, the tallest building in the UK, courtesy of a friend who works there. Situated at the heart of Canary Wharf close to where I live the main structure is 235m tall with 50 floors and is a prominent landmark on London’s rapidly evolving skyline. Having featured prominently in a string of recent films (Harry Potter and the Order of the Phoenix, The Bourne Supremacy, 28 Weeks Later…) and the UK version of The Apprentice recently it’s likely you’ll recognise the location. 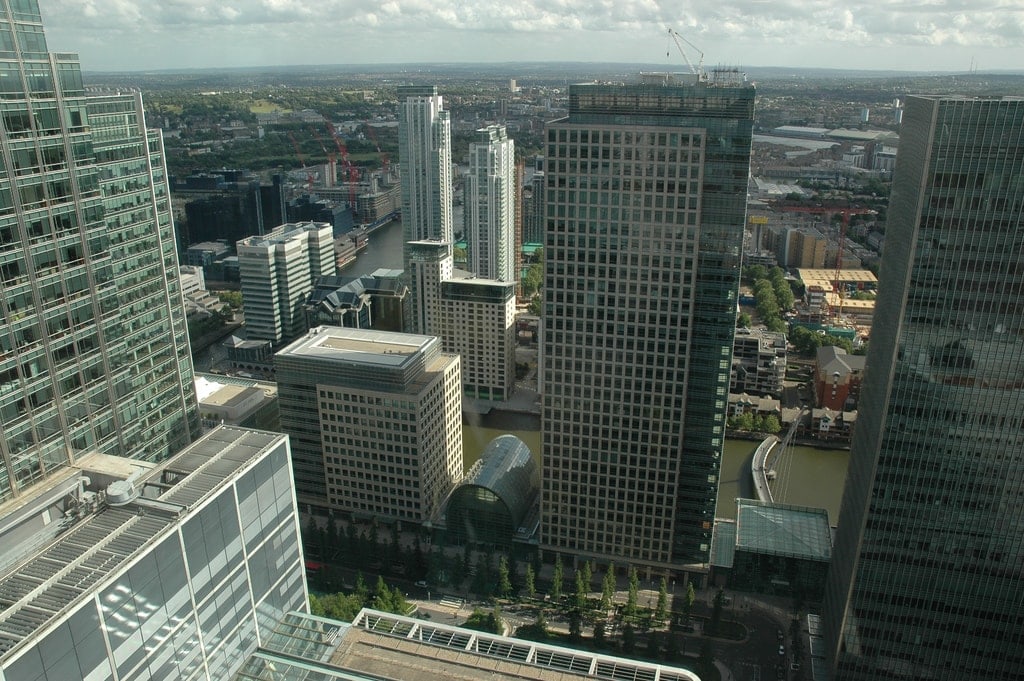 The higher floors offer amazing panoramic views of east London with the river Thames snaking its way around the Isle of Dogs. On a clear day you can see for many miles and it’s striking just how flat London without a hill in sight! It’s a shame there is no public viewing gallery but presumably fears of terrorism have curtailed any possibility of that. 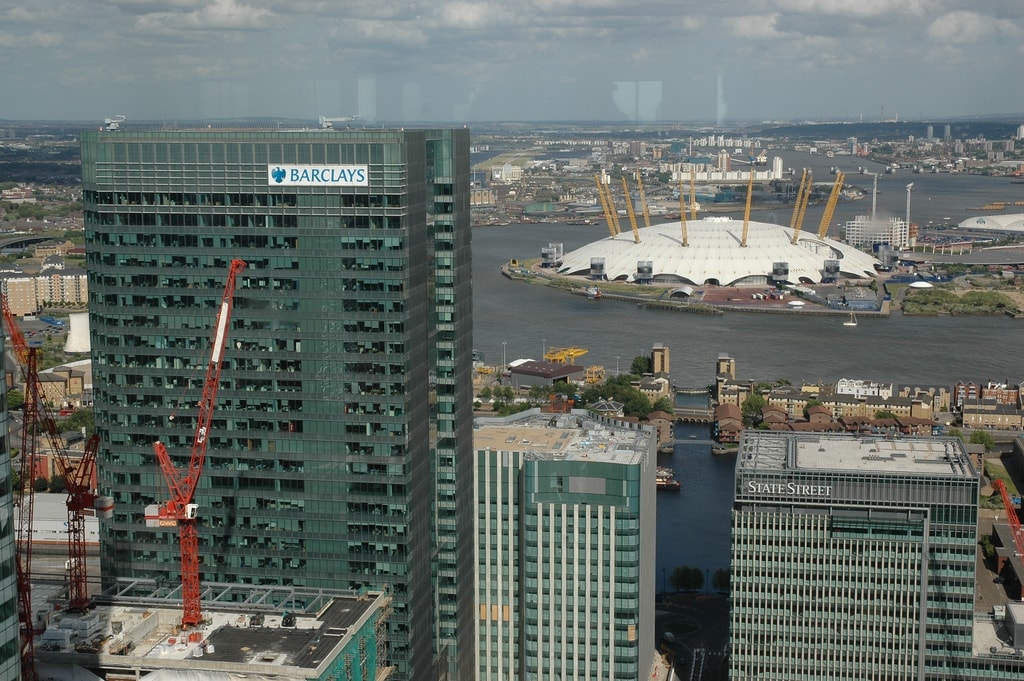 There’s a lot of construction taking place around this area at the moment, mostly luxury apartments (like Pan Peninsular) but also various infrastructure projects to prepare for the Olympics in 2012. Part of this includes the lengthening of Docklands Light Railway trains which is causing mass disruption for anyone trying to get to and from central London at the moment (i.e. everyone)!