It was inevitable really that a movie made by Mel Gibson about the last hours of Jesus’ life would stir up much controversy but I’m not sure that anyone expected it to be so good. This is one of those films that gets so hyped up that you just can’t miss it. 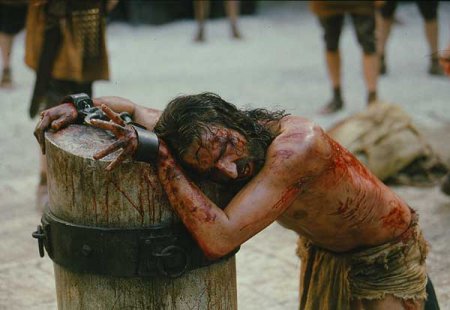 Having watched it last night at my local cinema I am still scratching my head as to how a man notorious for such films as ‘Mad Max’ etc could have been driven to make such a powerful piece. I guess fundamental Catholicism might have a lot to do with it but it doesn’t come across as a fundamentalist piece in any way and those who have complained about it being anti-semitic are just plain wrong. I don’t think you could deny that around the time of Jesus the ruling Jews were not a very nice lot but that is no reflection on them today. 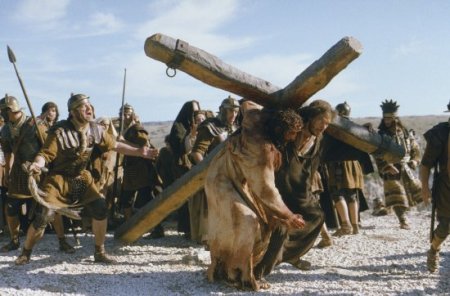 Considering the complete lack of well known actors in this piece its amazing just how well they’ve pulled it off, although I imagine that that was the only way it could be, as my sister noted you could hardly have Keanu Reeves playing Jesus! There is not a single bad performance in the film and the fact they are all speaking in Aramaic just adds to the authenticity and does not detract from it in any way.

As you have already no doubt noticed from the pictures the film spares little detail to the imagination. Watching the torture is grueling enough in itself let alone seeing him nailed to the cross and by the end of it little of his body remains unscathed by the brutality of the Roman soldiers. Although this may horrify some people I do not believe that you could make this film properly without it. 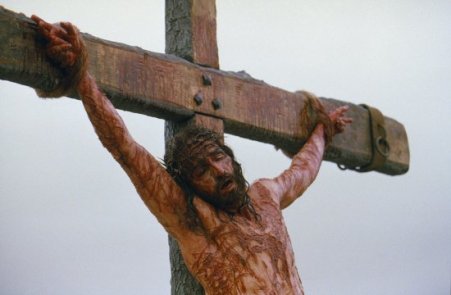 This is certainly not a film to be missed but I do not recommend it for the weak of heart! Maybe Mel Gibson is trying to appease himself in some bizzare way but at the end of the day why should we care?