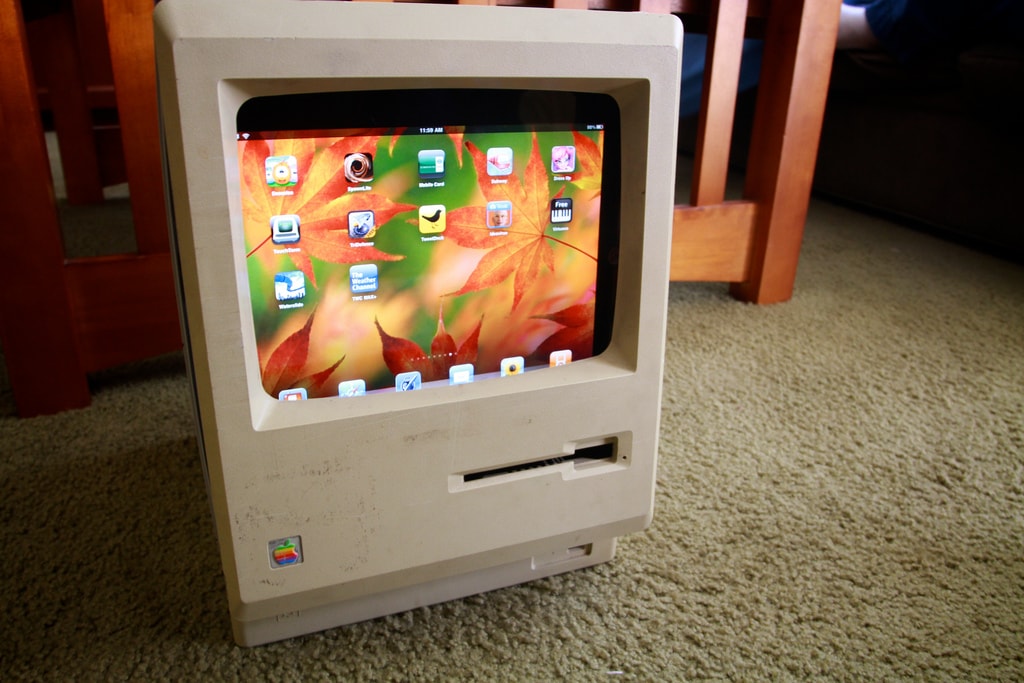 It seems fairly obvious that Apple is betting the future of computing on multi-touch interfaces built around a two-tiered architecture of browser-based HTML5 web apps and local apps more closely tied to the operating system – iOS. Google is also taking a similar path, albeit with a more web-centric approach. I’ve been thinking about this recently and want to talk a little about where I see it all going.

Whilst I’m sure it has a few iterations left in it, I’m convinced that the writing’s on the wall for the venerable Mac OS X. I believe it will be slowly phased out over the next 5 years as iOS becomes more sophisticated and mobile hardware becomes more powerful. This is not because Mac OS X has anything wrong with it but that the UI simply isn’t built with touch in mind. This is the very same reason Microsoft is falling into obscurity and will be reduced to a niche legacy player (unless something miraculous happens).

“iDevices” like the iPhone and iPad will evolve to be able to carry out all the power-hungry tasks that we rely on laptops and desktops for today. We can already see this beginning with the introduction of iMovie, Keynote and Pages apps which will surely be followed by the complete iLife suite over time. While they may not yet have all the functions of their parents they will very soon.

The current generation of Apple iDevices requires that you sync them with your main computer to transfer music and movies etc through iTunes. This is all going to change. With bigger hard disks, better batteries and faster network connections it will no longer be necessary – everything will sync wirelessly with cloud services operated by Apple, Google and others. All of your iDevices will be transparently kept updated ensuring you have access to all your data from anywhere.

When it comes to interacting with external devices like digital cameras and printers this will also be done wirelessly. Companies like HP and Nikon are already providing wireless options on high-end models of their products and once the communication protocols are standardized this will be built in as standard to iOS and competing platforms like Chrome OS.

A big complaint some people have about touch screen keyboards is that they don’t provide any tactile haptic feedback like a physical keyboard does, making fast typing tricky. This issue will be resolved with technologies which will allow specific areas of the surface of the screen to dynamically raise and lower creating a virtual physical keyboard (or any other interface). It sounds pretty sci-fi but prototypes and patents already exist. Innovations like this will be augmented further by sophisticated voice control (and possibly other forms further down the road).

In 2007 Apple caught the rest of the industry off guard with the launch of the iPhone and while they may be currently leading the charge there’s a long way to go. While the era of traditional laptops and desktops is far from over the transition to new touch-based form factors is definitely underway. With better hardware, richer apps and sophisticated cloud services the future is looking pretty exciting.