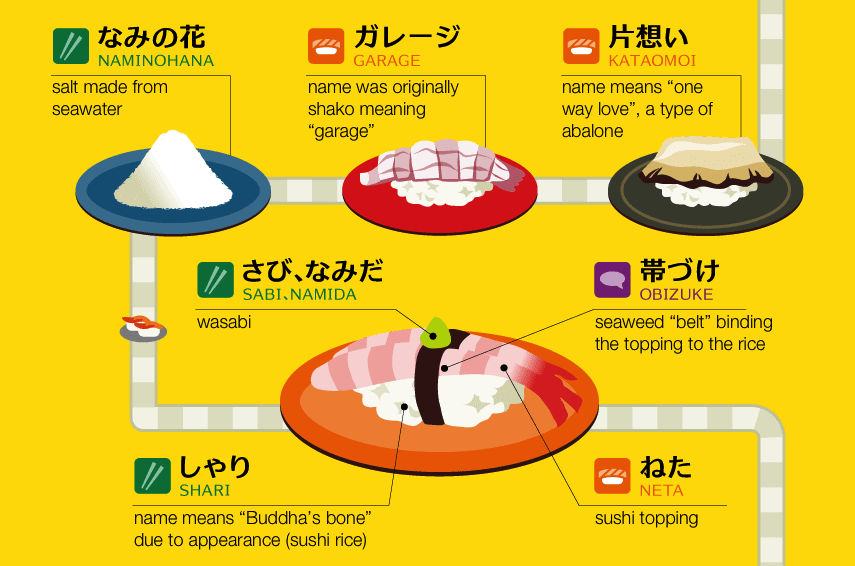 If you love sushi then there’s no better place to enjoy it than in its birthplace – Japan. Ordering is pretty straightforward, especially if you go to a sushi train (回転寿司 kaiten-zushi), but if you’re a real fan and want to know some of the terminology used by professional sushi chefs then check out the guide below.

The original infographic was created by Gurunavi (a Japanese restaurant review site) to help people understand the terms that they may not be familiar with. Since it looked so interesting I decided to translate into English with the help of some friends!

Even more on sushifan.com. Found via Sd Japan.