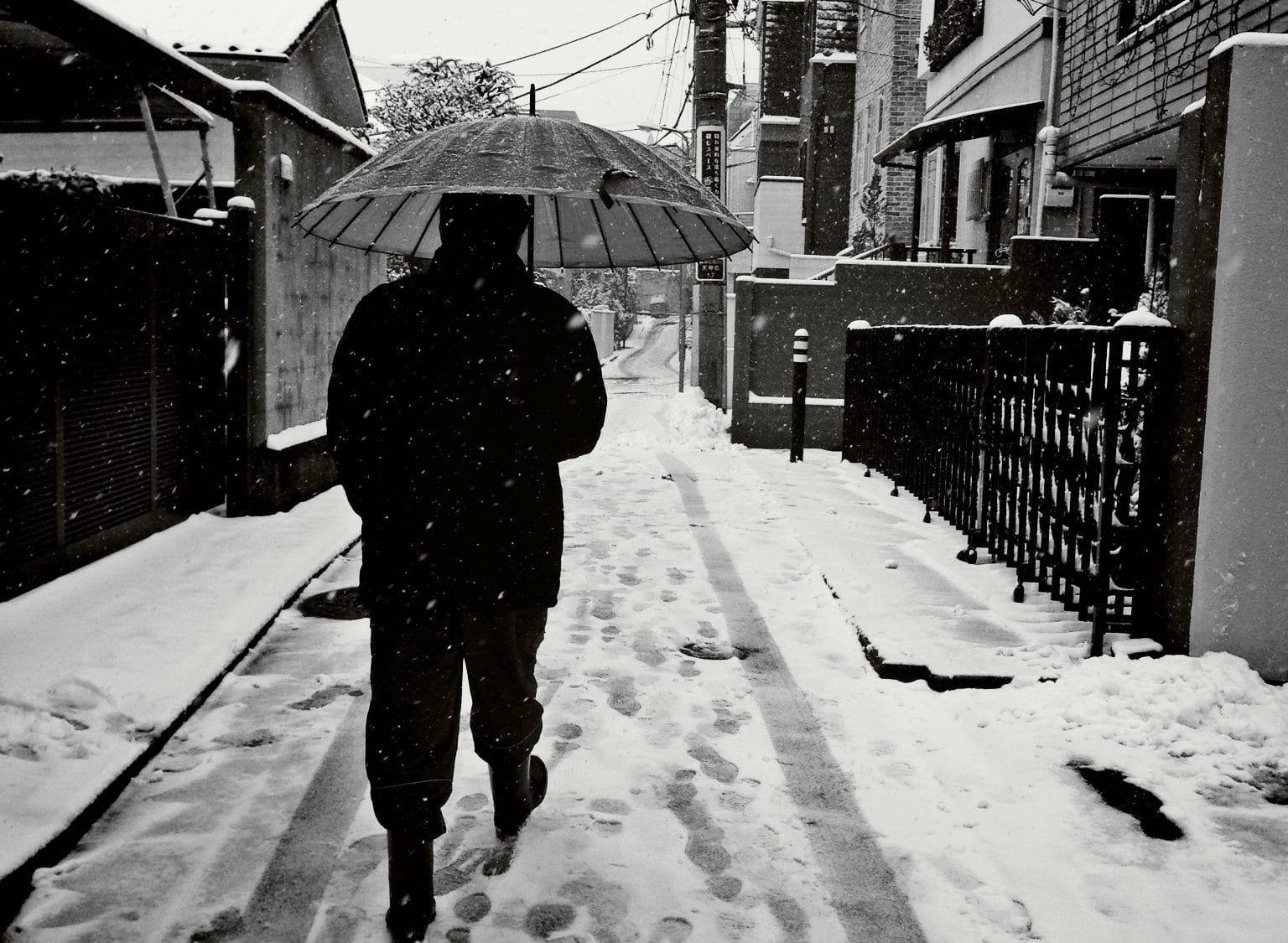 If the news is to be believed, Tokyo received the heaviest snowfall in over four decades last weekend, with as much as 27 cm landing on the capital by Saturday evening. I can’t remember seeing so much snow since I was a child. 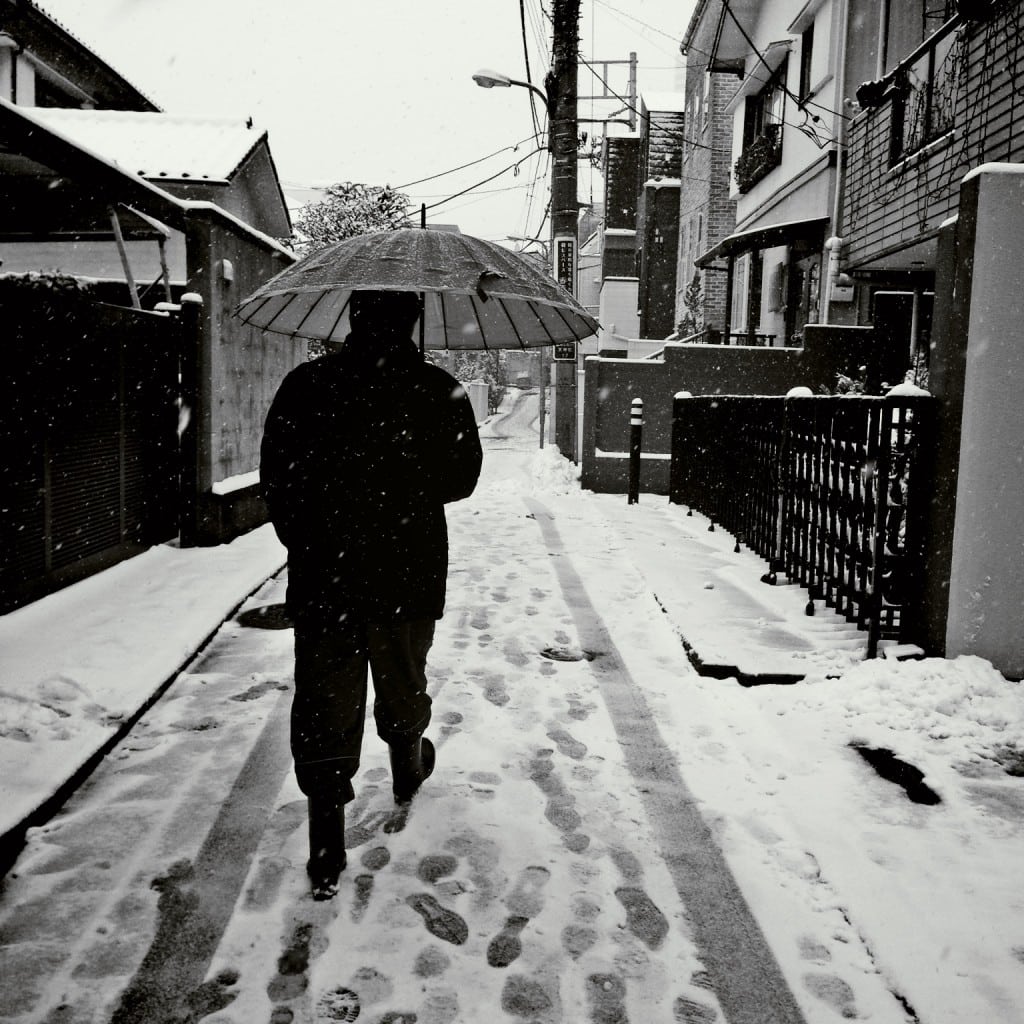 I spent much of the day freezing my extremities watching shopkeepers shovelling in vain, kids building rotund snowmen (雪だるま) and busses equipped with snow chains sliding by. 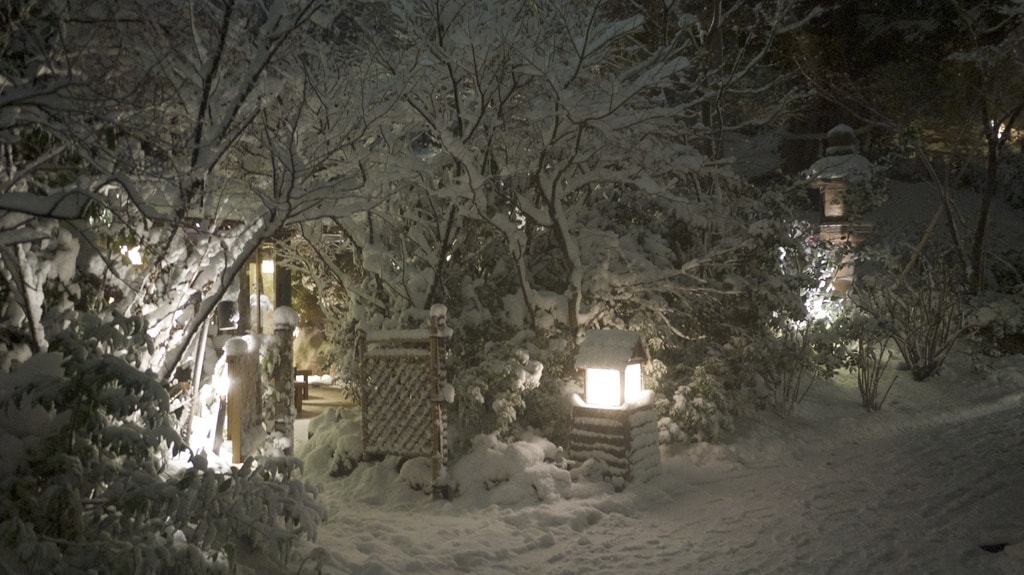 In the evening I wandered along the Kanda river (神田川) to Hotel Chinzanso Tokyo (椿山荘) which has a beautiful garden filled with historic monuments and open to the public. 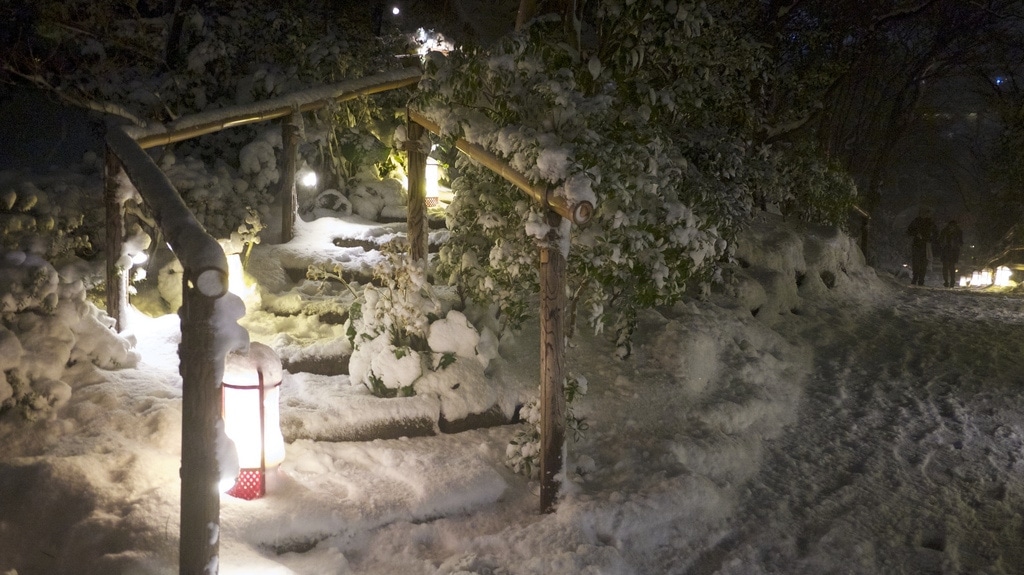 Founded in 1877, the garden was named Chinzan-so (椿山荘) or “House of Camellia” after the numerous camellia flowers that blossomed here. 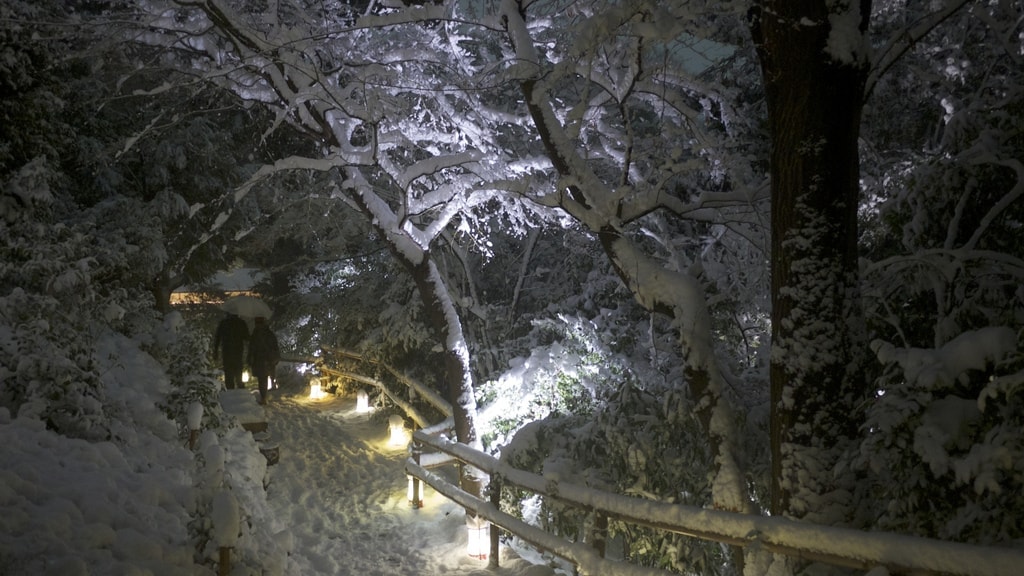 There are over thirty stone lanterns scattered throughout the site including some rather more modern ones which illuminate the many pathways at night. 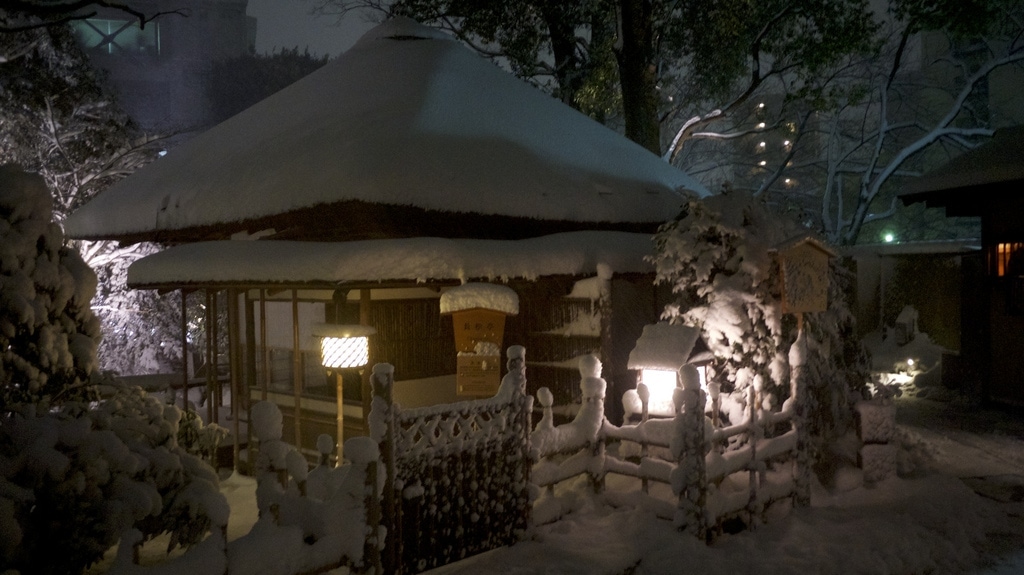 It’s an atmospheric spot at anytime and someone else managed to get some nice shots in the snow earlier in the day. 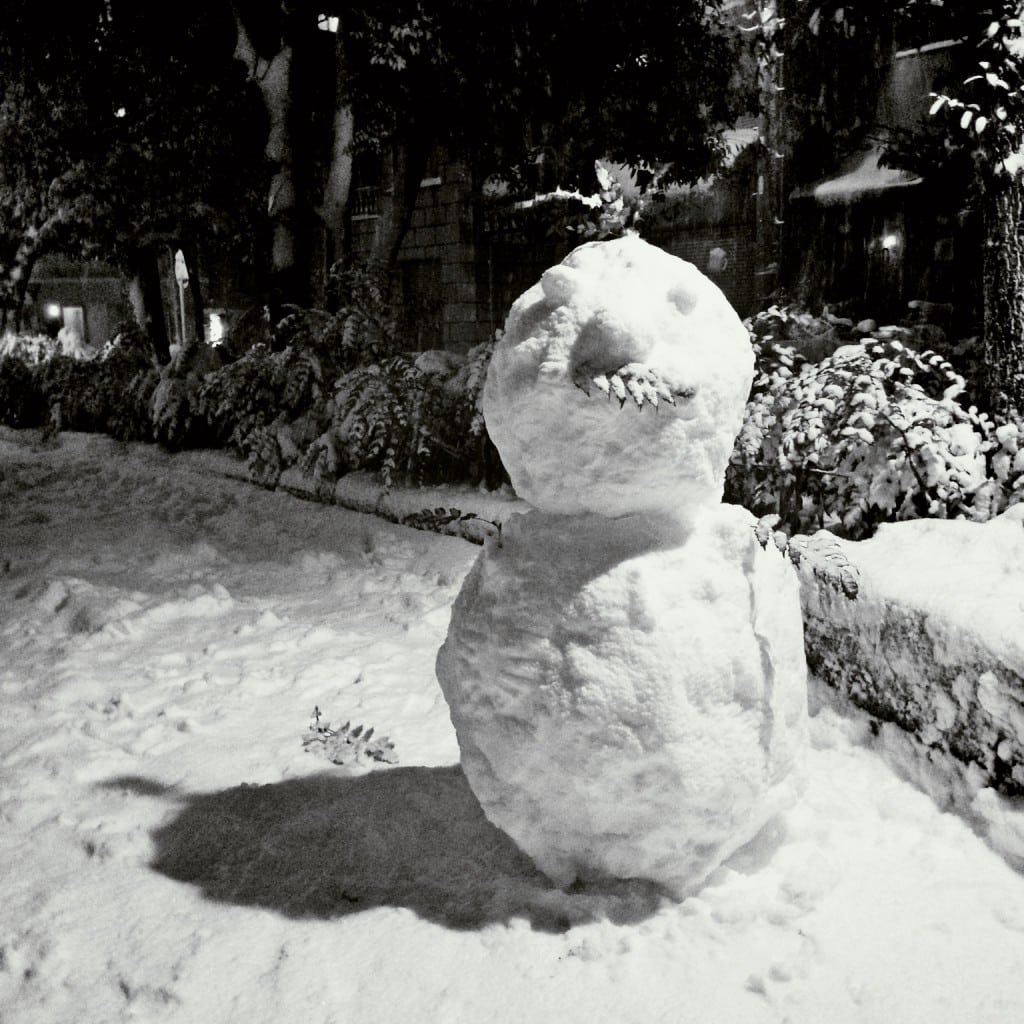