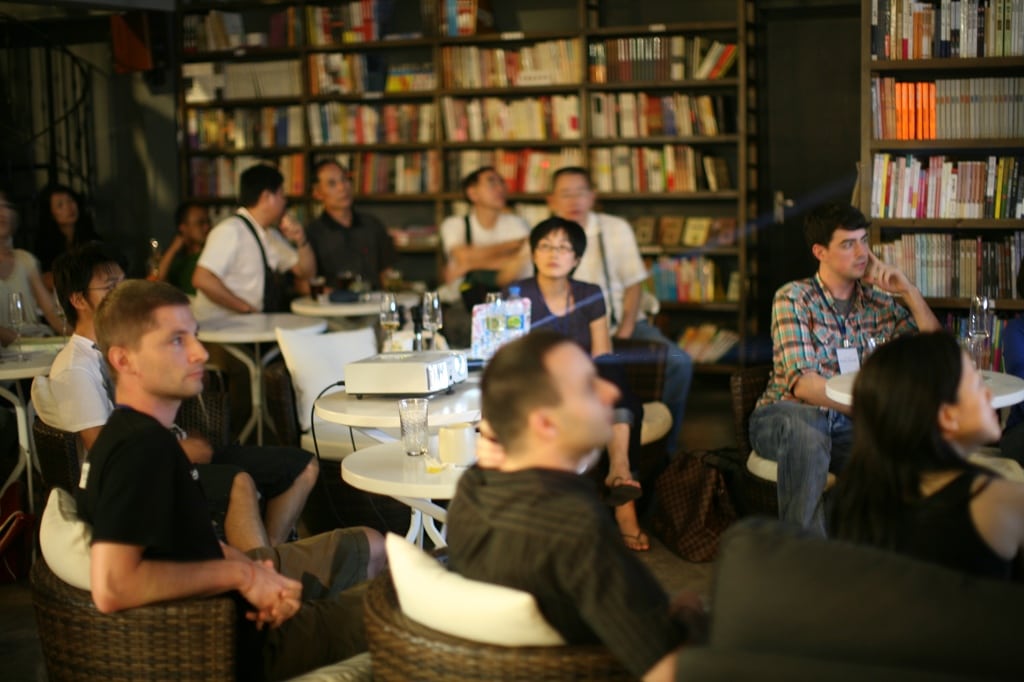 Last Sunday evening I had the pleasure of being invited to present some of my photos along with ten other photographers at a “Photo Story Exhibition and Salon” held at Yishu Art Book Bar in Shekou, Shenzhen. While a few of my photos have been used in a couple of museum exhibitions, I’d never properly presented them before and was a bit nervous to be doing so alongside real professionals! 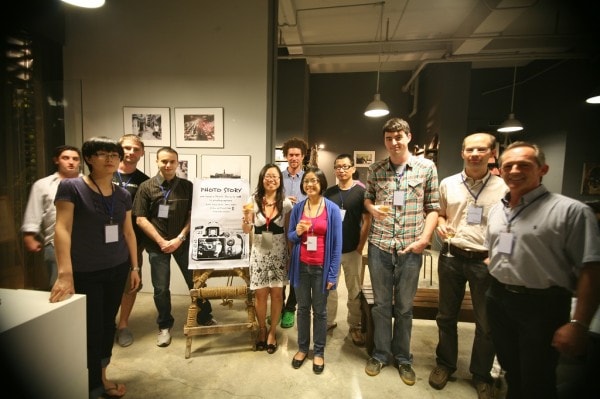 All photos in this post were shot by Tangtang.

The format was that each photographer presented five of their favourite photos and shared the stories behind them, lasting about 8 minutes. It was good to have such a diverse group of foreigners and Chinese presenting together and a sizable crowd of about 60 people turned up to watch.

Representing Great Britain – yours truly! I have never much enjoyed presenting in front of crowds of strangers and to add to my nerves I was asked to go first. While I don’t think I was quite at the same level as the others I think it went OK and was very pleased to have been asked to be there! If you’re interested these are the photos I presented – I’ve attached descriptions on Flickr.

A lot of the photos were from people’s travels and many had some fascinating stories to tell about both the places they had visited and the techniques they had used to capture the moment. It really gave me a lot of motivation to improve my own skills and try new things.

Overall it was a great evening which had been expertly arranged by Lily Fang, who I had met through the previous PechaKucha Night, at which she had also been presenting. It seems I was wrong, there is quite a lot of creativity simmering under the surface of Shenzhen and hopefully, this event becomes a regular series.