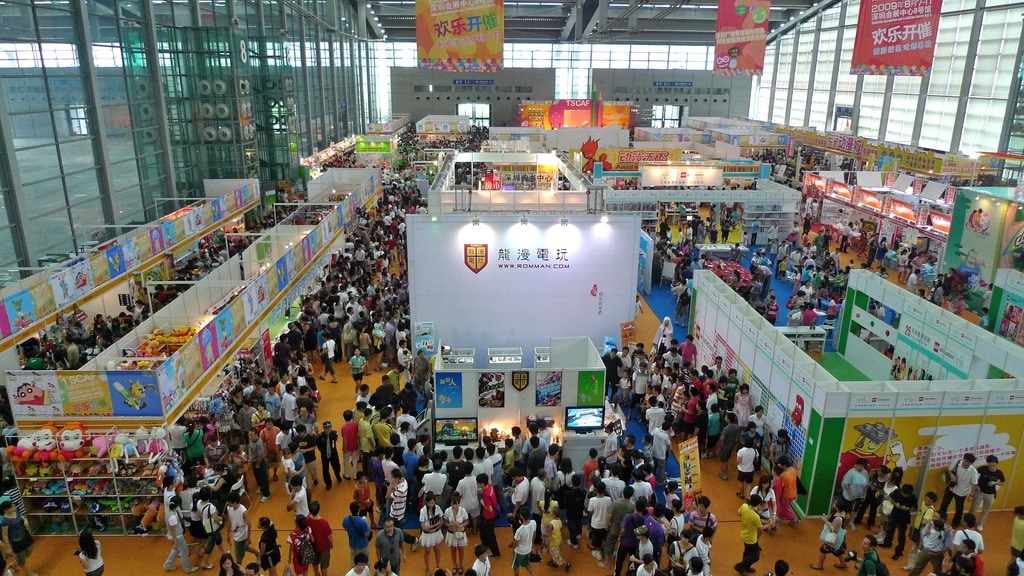 This morning I attended the first Shenzhen Anime Expo held in the “Shenzhen Convention & Exhibition Center” (Futian). In fact I’m not sure what the real name of the convention was since it was cryptically named SCAF (not the Southern Californian Anarchists Federation) with no other explanation in English. As well as showcasing many toy manufacturers from China there were also different kinds of activities, including cosplay (people dressing up as their favourite character), video game and dance competitions. Apparently over 100,000 people attended during the weekend and to say it was crowded would be an understatement. How Doraemon kept smiling I don’t know. 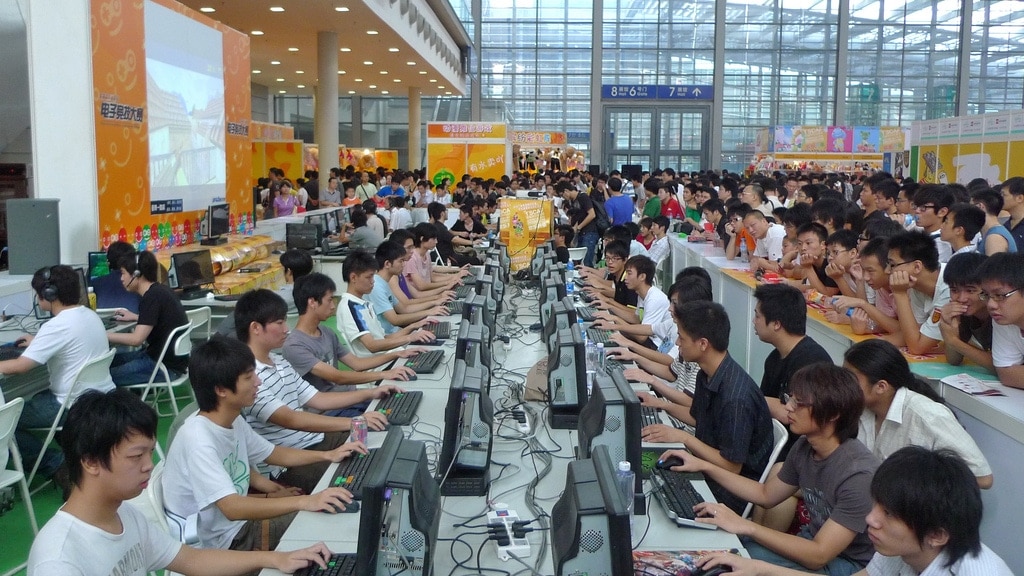 The Chinese are crazy about games like World of Warcraft (a massively online role-playing game) and Counter Strike (a first person shooter) as illustrated above by the massive crowds of fanatics eagerly watching the game-play. When you go in an internet cafe in China you’ll notice nobody is surfing the net but instead just playing these games (usually in the dark)! There were also a fair few cosplayers who were getting harassed by crowds of people (mostly men) vying to take their photos. Cosplay comes from Japan where it can be quite a serious business to dress yourself up as authentically as possible with people taking it to fairly crazy extremes. Frankly it was about the only interesting part of the otherwise overly-commercial exhibition. 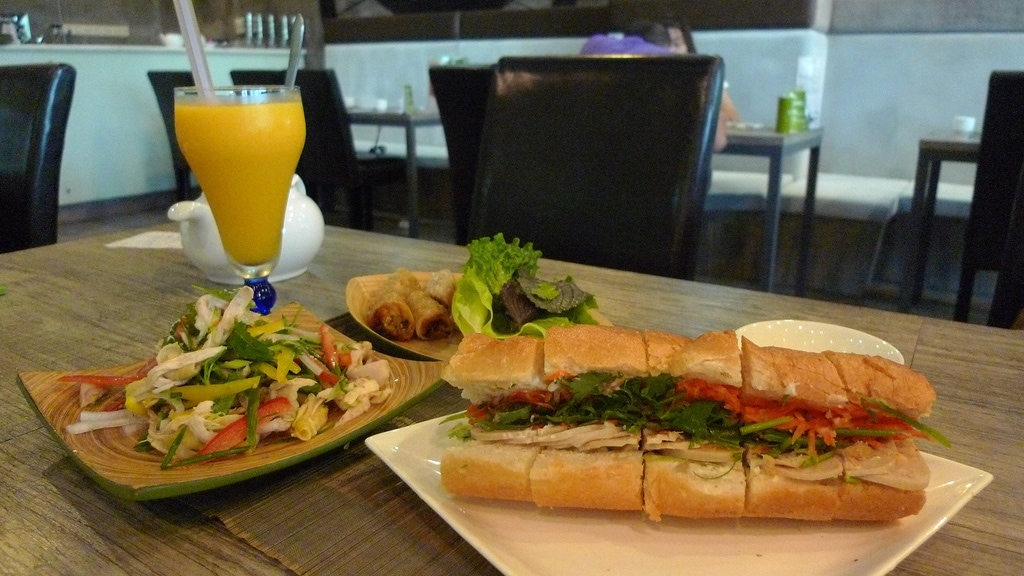 After an hour and a bit of being pushed around I decided it was time for lunch and headed to my favourite Vietnamese restaurant which was conveniently opposite the exhibition centre (review). As ever the food was delicious but strangely this time I got told off for taking photos. Some people don’t know a good thing coming to them!