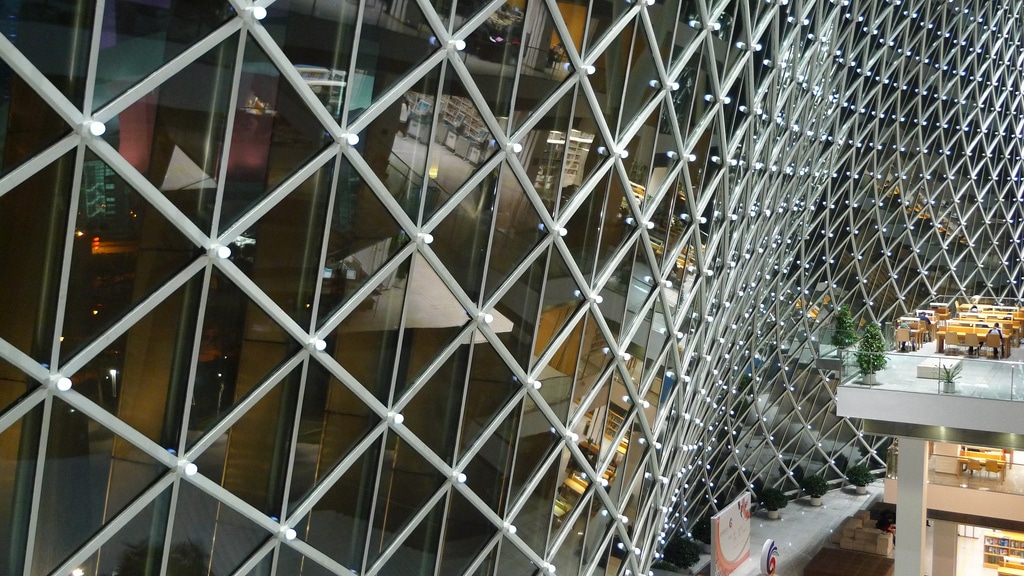 One thing Shenzhen is not noted for is its architecture. If ever you wanted to see a vision of communist urban planning turned into a nightmare of concrete uniformity then this is the place to come. It’s like a bunch of uninspired architects were given a massive budget and then vomited a million lifeless tower blocks over green pastures turning them grey. Perhaps I’m being a little harsh but as modern metropolis’ go it cannot be described as conventionally beautiful. Equally perplexing is the city hall with its ginormous curved roof that still strikes me as vulgar and tastelessly over-the-top, especially considering that the government is supposed to be serving the people rather than pouring their taxes into lavish offices. Audacious it may be, but beautiful… perhaps not. 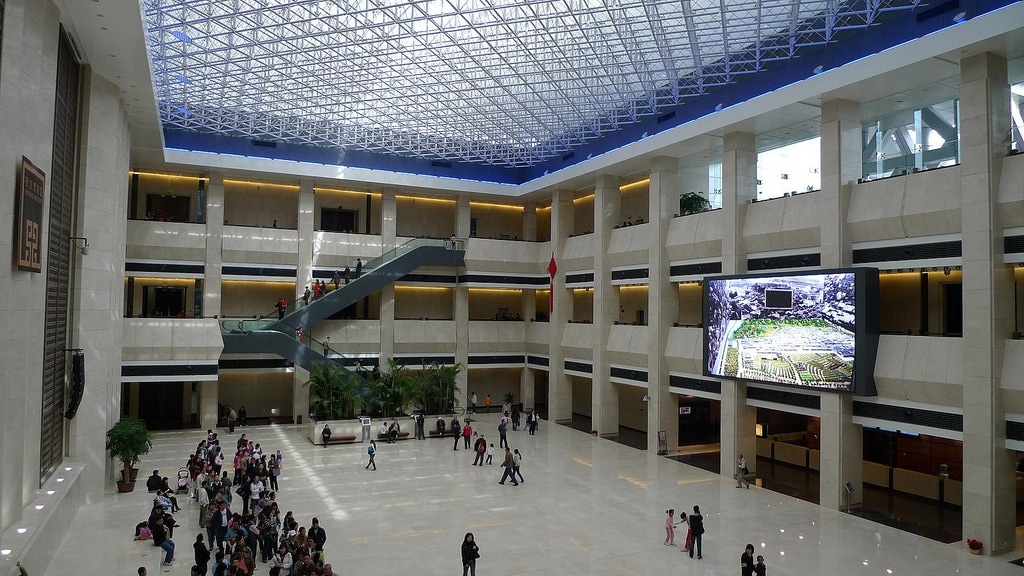 Having said this the museum contained within the building is actually pretty good with an atrium which bears a passing resemblance to the central courtyard at the British Museum. Here you can get a good overview of Shenzhen’s development and the “glorious accomplishments” of the CCP. If you’re lucky you might even spot a cringe-worthy video reenactment of some locals beating up drunk British soldiers during the opium wars. An old man standing next to me gave me a dodgy look at this point and muttered “laowei” (foreigner) under his breath in a disapproving tone 😀 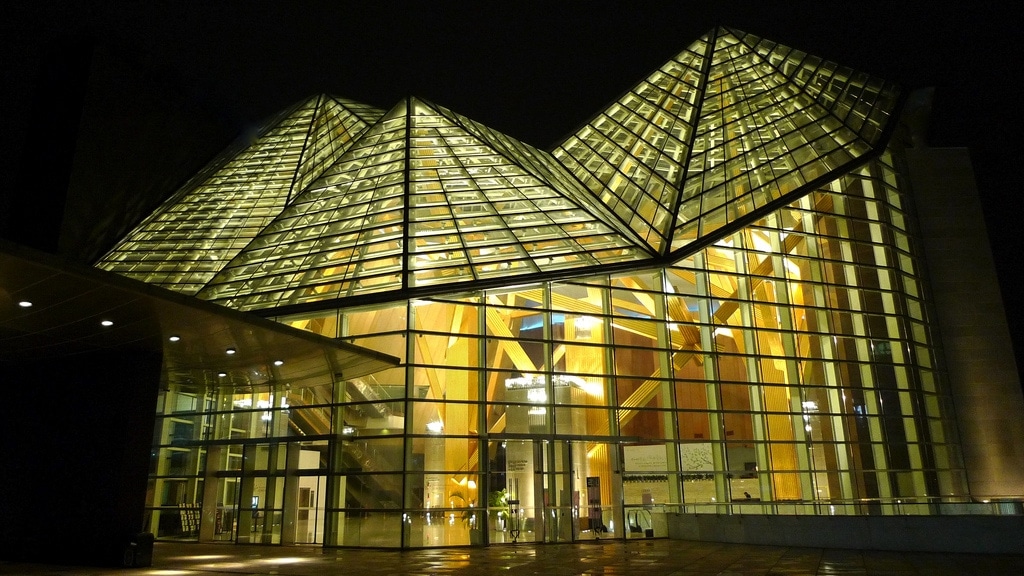 I do however reserve praise for the adjacent Shenzhen Cultural Center which consists of spectacular library and music hall with a multi-dimensional glass pyramid facade and an open-plan airy interior. At night it looks spectacular lit up from the inside out. 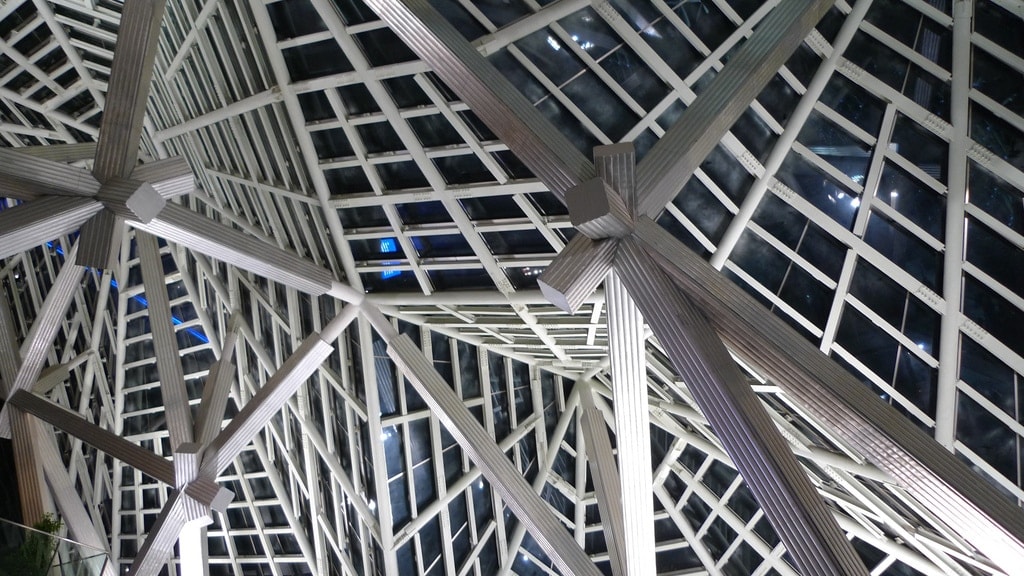 Considering China’s hatred for most things Japanese how Arata Isozaki won the gig to build this thing is a little perplexing but hopefully delivering something as magnificent as this will have healed a few sore wounds. It certainly deserves praise. 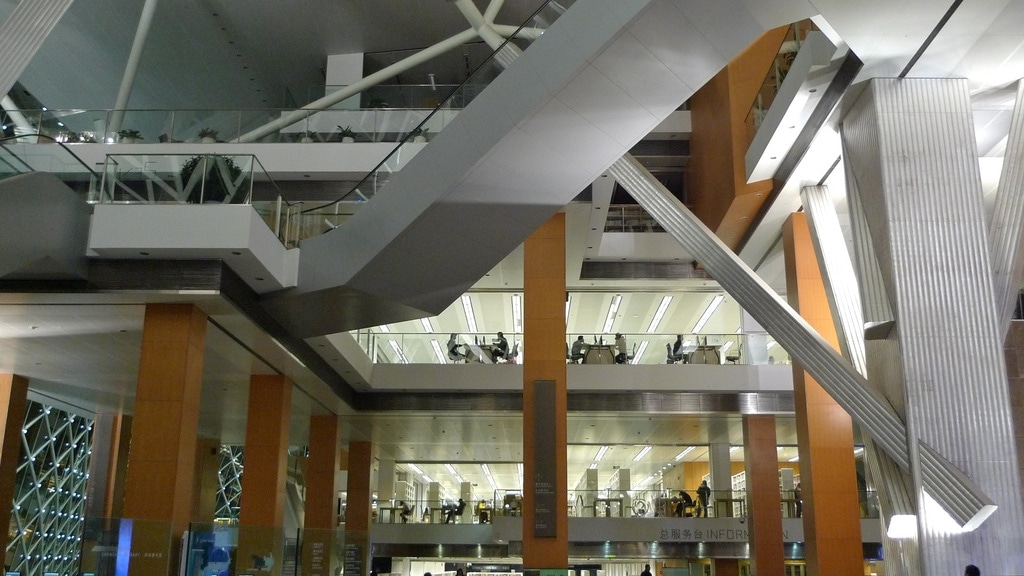 Personally I think the traditional Library has had its day (along with newspapers, books and other print media) but a place like this almost makes you want to sit down and read, even if it’s on a device like a Kindle or iPad. 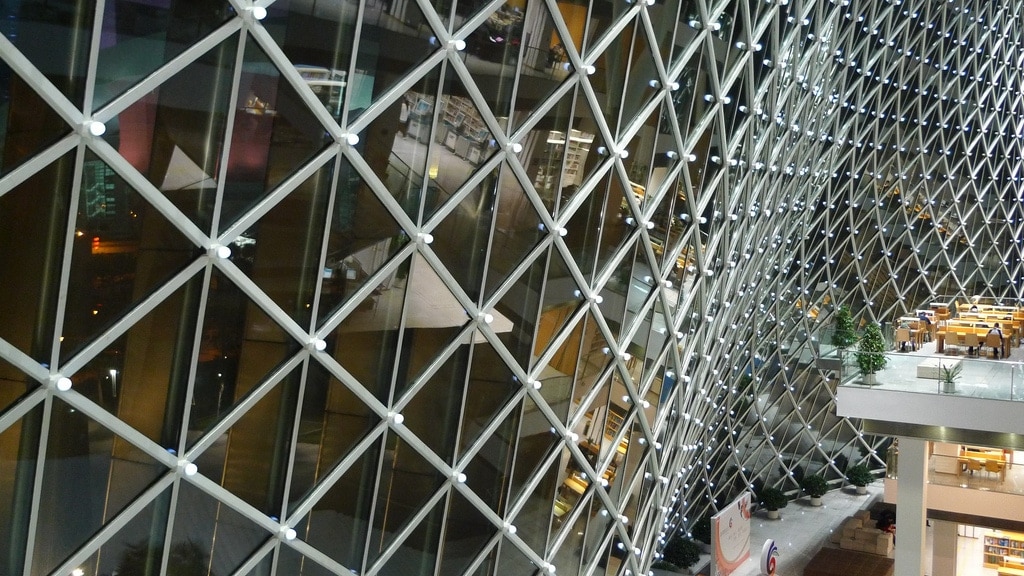 The crown jewel of the building is the gently undulating east window which runs the entire length of the building and encapsulates the tiered suspended flooring inside. While I was there a film crew was shooting a tv show and once again I was told off for unwittingly pointing my camera in the wrong direction. Some things never change!