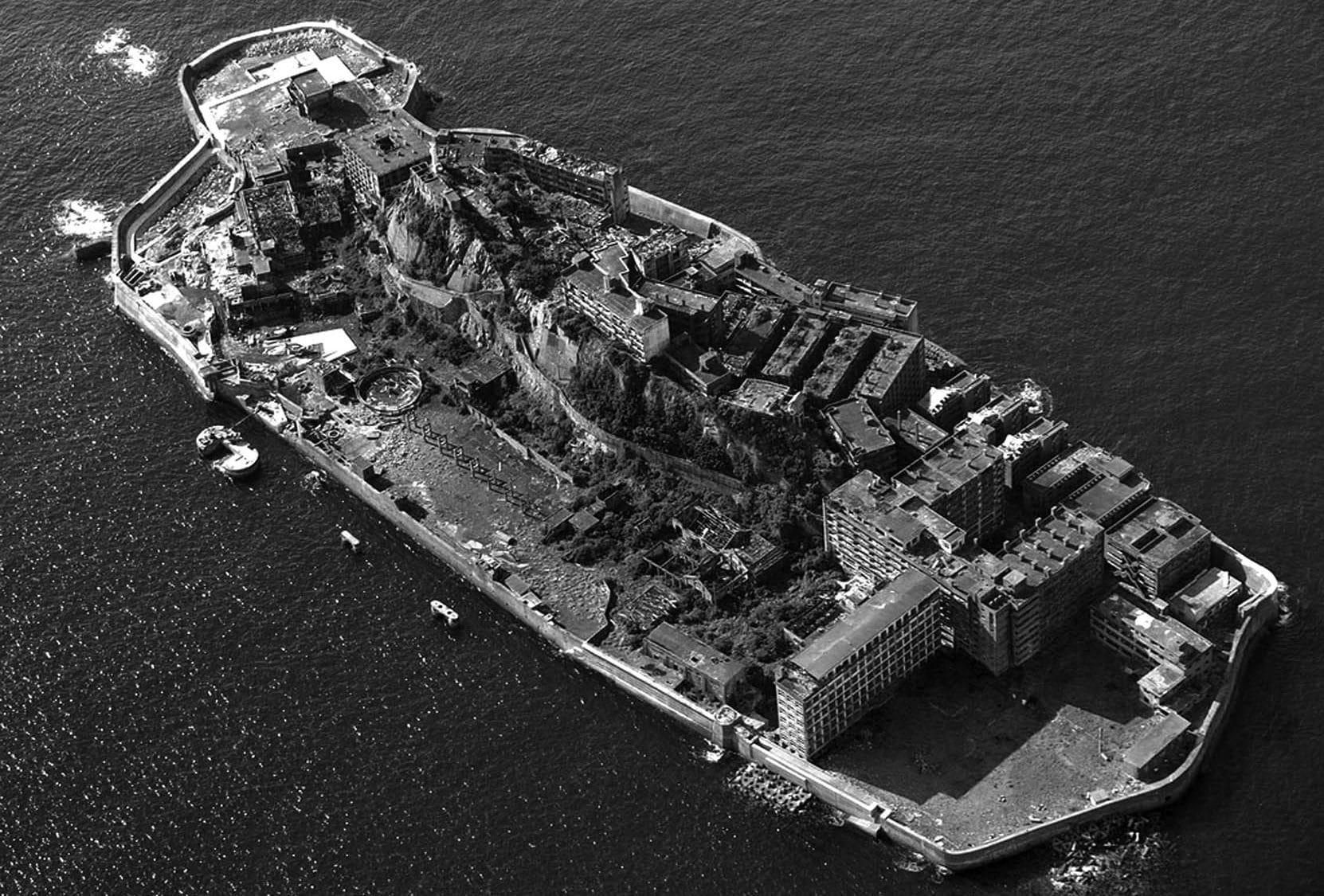 I’ve long been fascinated by the density of housing which can be found in many parts of Asia, and in particular Hong Kong where high-rise living has been taken to the extremes of both human and technological limits. I find it remarkable how people are able to adapt to their particular circumstances, be they due to space or resource constraints, and still retain their sanity (mostly). Having grown up living in a two-story detached house in the UK the notion of living in such tightly packed quarters is particularly foreign to me making the notion even more mysterious and intriguing.

There are two places in particular that I feel epitomize this existence of extreme population density – one has been demolished, while the other is abandoned, but both are haunting examples of communities built under conditions which required the creation of new social structures and ways of life…

Although sadly bulldozed in 1993 Kowloon Walled City is the stuff of legends. The 7-acre outpost existed as a lawless world-within-a-word situated inside Hong Kong while under British rule –

A former watchpost to protect the area against pirates, it was occupied by Japan during World War II and subsequently taken over by squatters after Japan’s surrender. Neither Britain nor China wanted responsibility for it, so it became its own lawless city. Its population flourished for decades, with residents building labyrinthine corridors above the street level, which was clogged with trash. The buildings grew so tall that sunlight couldn’t reach the bottom levels and the entire city had to be illuminated with fluorescent lights. It was a place where brothels, casinos, opium dens, cocaine parlors, food courts serving dog meat and secret factories ran unmolested by authorities. It was finally torn down in 1993 after a mutual decision was made by British and Chinese authorities, who had finally grown wary of the unsanitary, anarchic city and its out-of-control population.

At its height, the city contained over 30,000 inhabitants and was considered so dangerous that outsiders rarely ventured inside. At various times Triad gangs exerted a degree of control over its running but in general, it existed as an almost entirely autonomous community with water being sourced from homemade wells and electricity illegally siphoned from the Hong Kong grid.

There were only two guidelines for construction in the city: the height of apartment structures could not exceed 14 stories because of its presence on Kai Tak’s flight path, and apartments had to be wired with electricity, to prevent the use of open flames.  Beyond that, there was no governing body or police force; it was run by drug lords, organized crime syndicates, and unlicensed dentists that held practice in cramped apartment spaces.

Little video footage of the city exists but in 1989 a documentary about life inside the city was made  – although it’s in German you can still get a flavour of the dark and dank atmosphere within (parts 1, 2, 3, 4) –

In addition parts of the films, Long Arm of the Law (1984) and Bloodsport (1988) were shot within the city but probably the most definitive depiction is to be found in the book “City of Darkness: Life in Kowloon Walled City” which is full of amazing photos and well worth a read if you can get your hands on it.

After its destruction, the site was turned into a traditional Chinese park with only a few of the original foundations providing any hint of what lay there before, in a way cementing the status of Kowloon Walled City in legend forever. While it may be easy to over-romanticize what it might have been like it clearly earns a place as a truly self-regulating, self-sufficient, and self-determining modern society that despite its dark sides managed to thrive. (Sources 1, 2, 3, 4, 5)

If you visit Hong Kong today and want to get a flavour for cramped and dangerous dwellings check out Chungking Mansions which has often been compared to the walled city with a reputation as a centre of drugs, petty criminals, scammers, and Indian restaurants (I have yet to visit!).

A little way off the southern coast of Japan lies Hashima Island or Gunkanjima, literally meaning “Battleship Island”. From 1887 to 1974 it was home to a coal mining facility and while at one time it was the most densely populated place on Earth today lies derelict. The island gets its namesake from the high concrete wall which surrounds the perimeter and tightly packed concrete buildings on top giving it a battleship-like appearance from the outside.

Below its monolithic exterior, the coal excavated from under the sea in no small part attributed to Japan’s early industrialisation and subsequently fueled their aggression during World War II. At this time the government forced prisoners from Korea and China to work in the mines – many perished in the harsh conditions –

The island was surrounded by high concrete walls, and there was ocean, nothing but ocean, all around. It was crowded with concrete buildings as high as nine stories…. We Koreans were lodged in buildings on the edge of the island. Seven or eight of us were put together in a tiny room, giving each person no more than a few feet of space.

The mine was deep under the sea, the workers reaching it by elevator down a long narrow shaft. The coal was carried out from a spacious underground chamber, but the digging places were so small that we had to crouch down to work. It was excruciating, exhausting labor. Gas collected in the tunnels, and the rock ceilings and walls threatened to collapse at any minute.

After the war conditions improved considerably under the management of Mitsubishi and at its height the population density of the residential district reached a staggering 1,391 people per hectare which remains the highest ever recorded in the world. For a small island which was devoid of soil and relied totally on the mainland for all of life’s essentials (food/drink), it was a pretty incredible feat. However, with the advent of petroleum in the 1960’s the coal business entered a dramatic decline and in 1974 the mine was closed and the island left deserted.

The island has been featured in numerous films, including the notorious Battle Royale II: Requiem (2003) which seems like a fitting backdrop for its storyline. A documentary shot in 2002 followed a man who grew up on the island and hopes it to be turned into a museum:

Devoid of life, it appears strangely beautiful but at the same time a chilling omen to the consequences of over-development. With people’s former livelihoods still clearly evident in the ruins, you have to wonder where this all leads…

The dead island of Hashima delivers a lively warning about the importance of foresight. It offers a view of the end result of “development,” the fate of a community severed from Mother Earth and engaged in a way of life disconnected from its food supply. In short, Hashima is what the world will be like when we finish urbanizing and exploiting it: a ghost planet spinning through space—silent, naked, and useless.

If history tells us anything then it’s probably that this is not a future we want to revisit but with the realities of population increases and environmental changes will we have a choice?