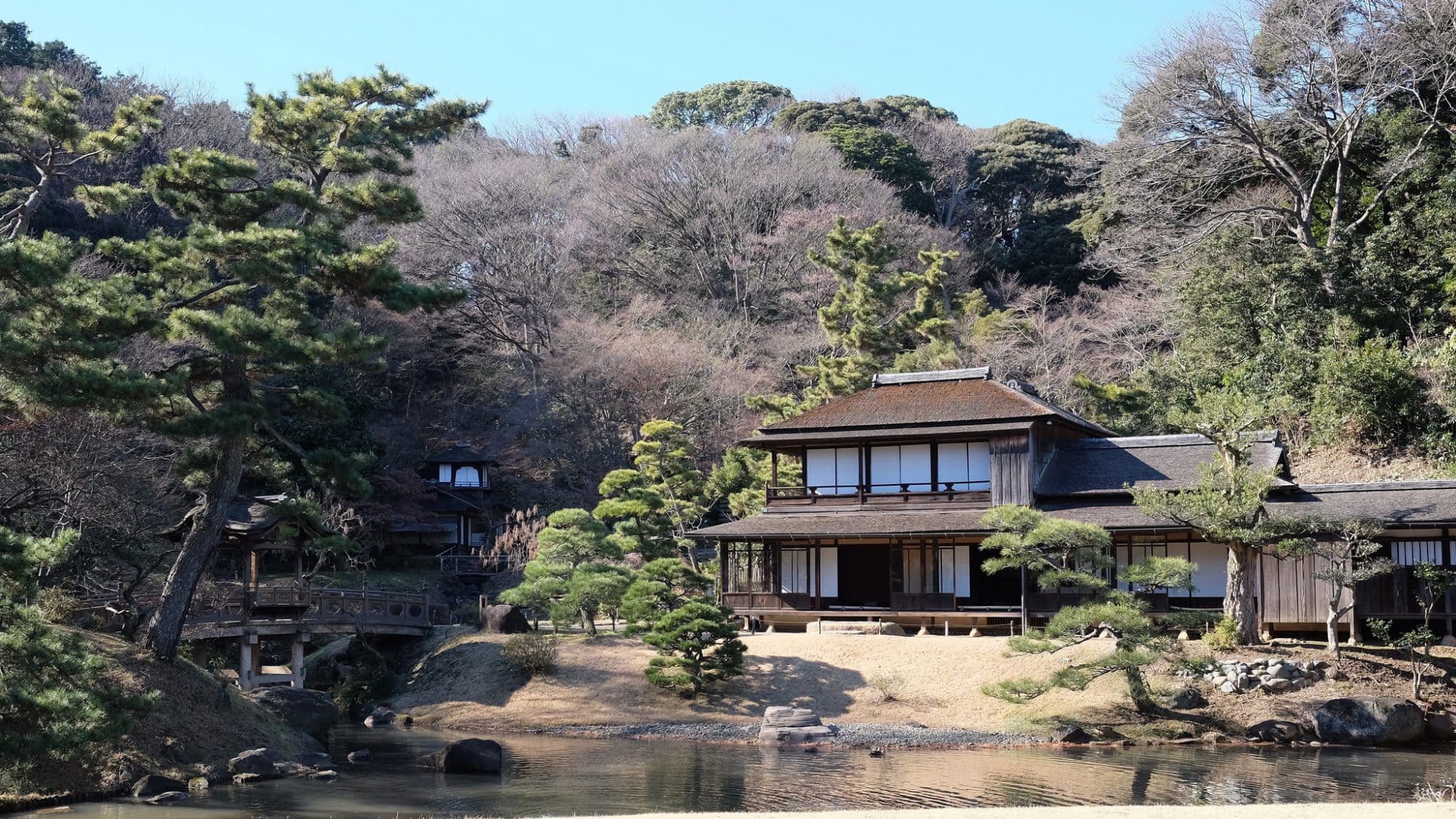 Sankei-en is a traditional Japanese garden in Yokohama (1 hour from Tokyo) that was built by a silk trader called Sankei Hara in 1906. It contains many historically significant buildings bought by Hara himself from locations all over Japan, among them Tokyo, Kyoto, and Kamakura.

Built around 1708 during the Edo Period, this gate used to be located at Saihoji of Higashiyama in Kyoto.

Built in 1649 during the Edo Period, this villa was built by Yorinobu, the first feudal lord of the Kishu Tokugawa clan in Wakayama Prefecture.

Divided into three sections, the transoms between pavilions are decorated with sculpted waves, paper inscribed with containing poetry, and real gagaku instruments like shō and flutes.

Built in 1603 during the Edo Period, this building was originally built on the premises of Fushimijo Castle in Kyoto and was used as a waiting room for daimyo (leading figures of feudal clans). It can be rented by the public for private functions.

Built in 1623 during the Edo Period, this building is believed to have been located on the premises of Nijojo Castle in Kyoto.

Built in 1917 during the Taisho Era, this tea room was designed based on Sankei’s vision.

At the top of the hill within the outer garden is an observatory that overlooks industrial Yokohama. On a clear day, you can see Mt. Fuji on the horizon.

Built in 1908 during the Meiji Era, it is said that this country-style tea hut was moved from Hokkeji, a temple in Nara Prefecture, but many of the details are unknown.

Built during the Edo Era, this is one of the largest gassho-style private houses that still exists in Japan. It was originally built in Shirakawa-go, a small traditional village located in Gifu Prefecture, by a wealthy family.

Although it was designed for farmers, the building features high-class architectural elements, such as the spacious entrance hall, tatami mats in the reception room and the windows with distinct designs often seen in Zen Buddhist temples.

The house contains the original irori sunken hearth, bathroom and kitchen used by the Yanohara. The second floor houses an exhibition of Japanese folk articles. It is the only building in the garden whose interior is open to the public all year.